With defensive sectors attracting renewed interest, discount store chain Dollarama (DOL.TO) has returned to the Green Favored Zone of the SIA S&P/TSX Composite Index Report for the first time since April of 2020. Continuing a climb up the rankings that started deep in the red zone back in November, the shares finished in 56th place on Friday, up 3 spots on the day and up 33 positions in the last month.

For over a year, Dollarama (DOL.TO) shares have been under steady accumulation, advancing in a rising channel of higher highs and higher lows since completing a huge bullish Ascending Triangle breakout in April of last year that signaled three years of struggle were over and the shares were resuming their upward course.

Accumulation has increased in the last few weeks with the shares rallying up off of a successful test of support at their 50-day moving average near $61.00, to new all-time highs. Initial upside resistance may appear near the $75.00 round number, followed by $81.00 based on a measured move from the triangle. 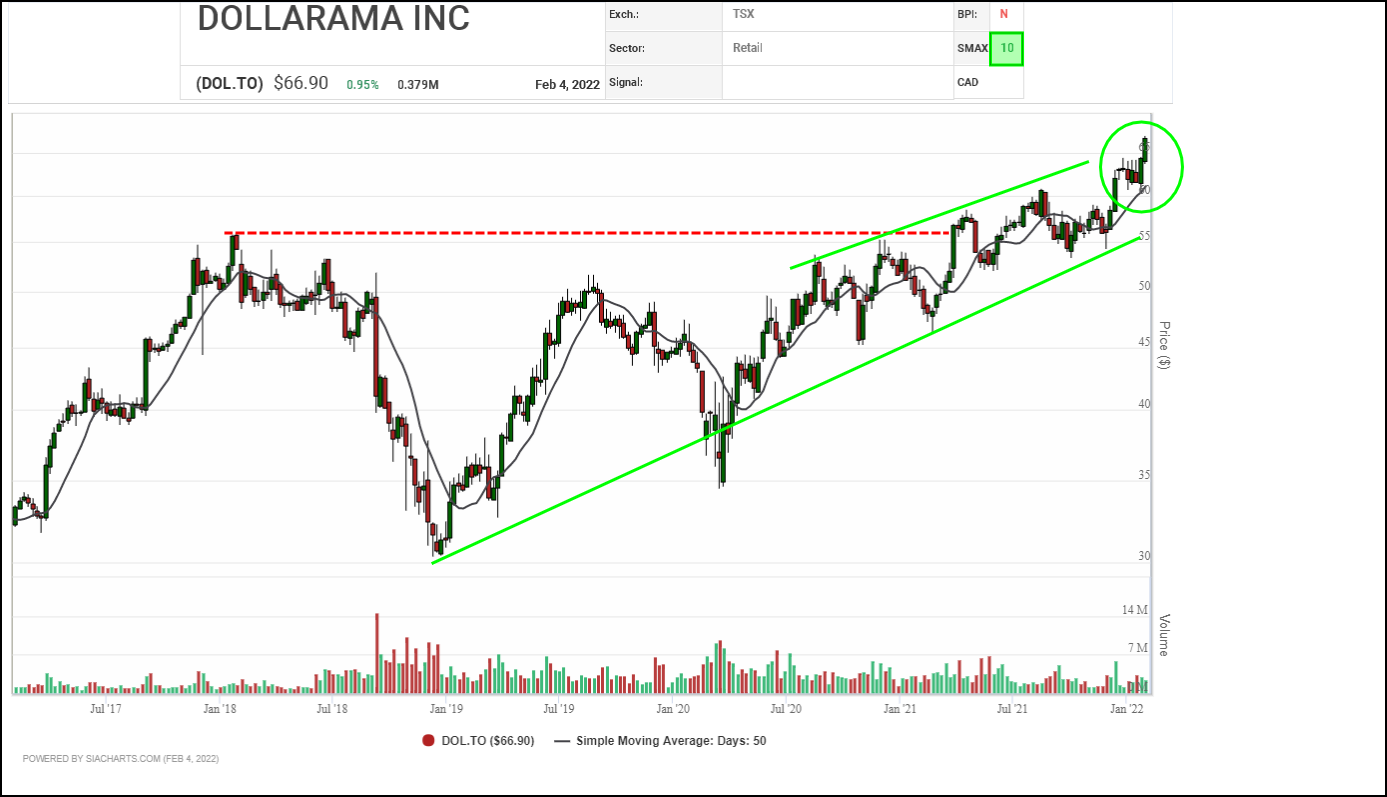 Following an initial run up off the March 2020 market bottom that saw Dollarama (DOL.TO) shares eventually retake their 2018 peak in April of 2021, upward momentum slowed and the shares spent most of the rest of 2021 stuck in a sideways trading range. Accumulation has accelerated again since December, with the shares completing bullish Double Top and Spread Double Top breakouts, climbing to new all-time highs and launching into a bullish High Pole advance.

Horizontal counts suggest next potential upside resistance may appear near $73.10 and then $77.50. Initial support appears near $61.15 based on a 3-box reversal.

With a perfect SMAX score of 10, DOL.TO is exhibiting strength across the asset classes.