After spending October to January stuck in the red zone of the SIA S&P 500 Index Report, cloud computing and IT consulting company DXC Technology (DXC) has soared up the rankings in the last few days. Last week, DXC returned to the Green Favored Zone for the first time since August. Yesterday it jumped 51 spots to 53rd place and is now up 255 positions in the last month.

In the spring of last year, an upward trend in DXC Technology (DXC) shares stalled out and downshifted into a sideways consolidation trend between $30.00 and $40.00. Renewed interest in the last two trading days suggests accumulation may be resuming. A slide in the share price was contained near $30.00, a support level that was previously resistance, and then the shares started to climb, snapping a downtrend line.

With support moving up to the 50-day average near $31.75, investors appear to have their eye on channel resistance near $41.50 where a breakout would confirm that the longer-term uptrend has resumed. Should that occur, a measured move suggests potential resistance between the $50.00 round number, and $53.00, along with $55.50 and $66.50 based on previous resistance. 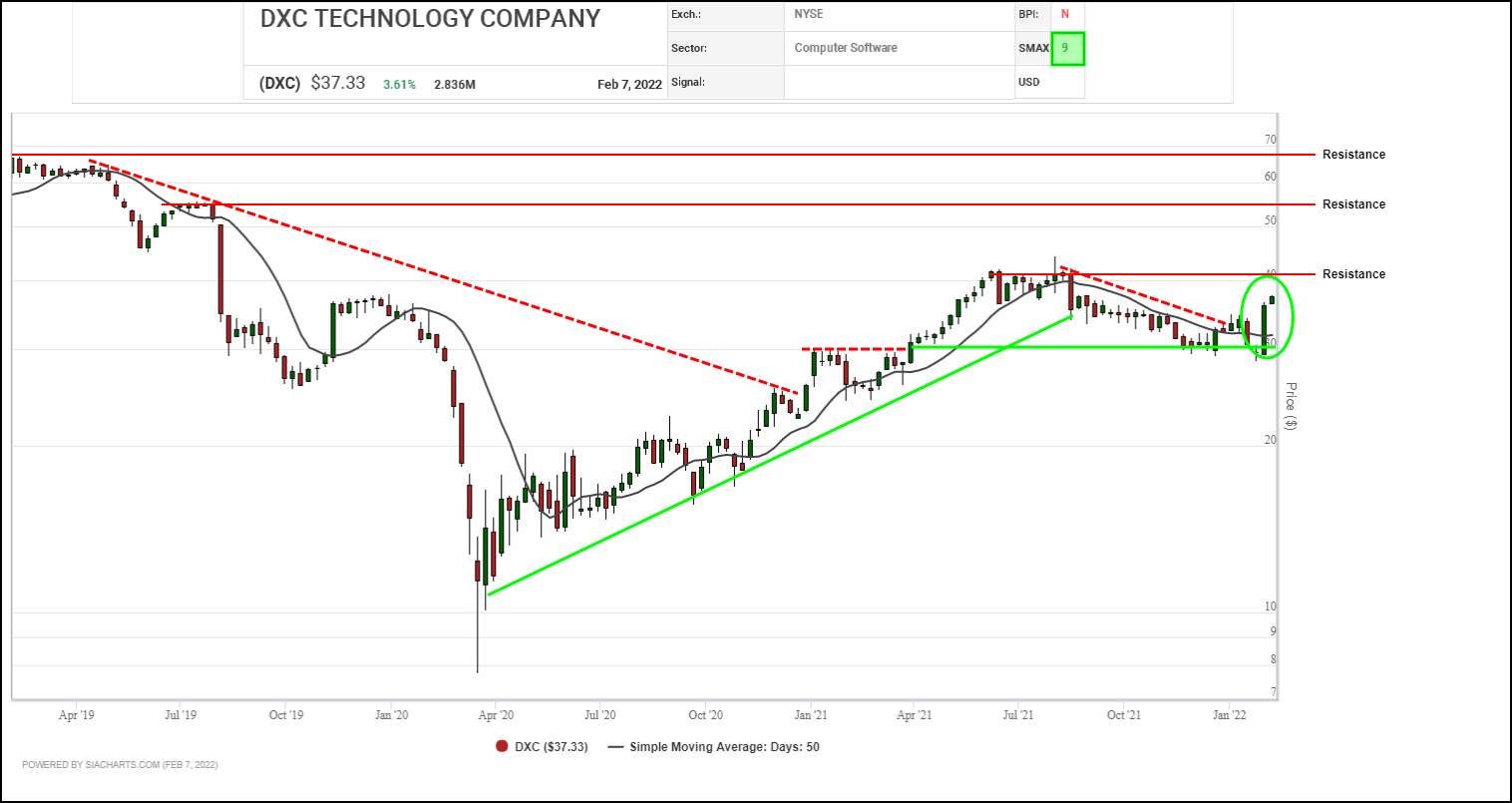 DXC Technology (DXC) has been sliding since August but has turned around dramatically this month. Last week, the shares staged a classic bear trap turnaround (circled), where the shares broke support by one row, completed a bearish double bottom pattern to flush out the last of the weak hands, then stormed back to life, staging a bullish reversal to the upside and completing a bullish Double Top pattern to signal the start of a new upswing.

Initial upside resistance appears at previous column highs in the $42.10 to $43.80 area, then closer to the $50.00 round number based on a horizontal count. Initial support appears near $33.85 where a recent breakout point and a 3-box reversal converge.

With its bullish SMAX score increasing to 9, DXC is exhibiting strength against the asset classes. 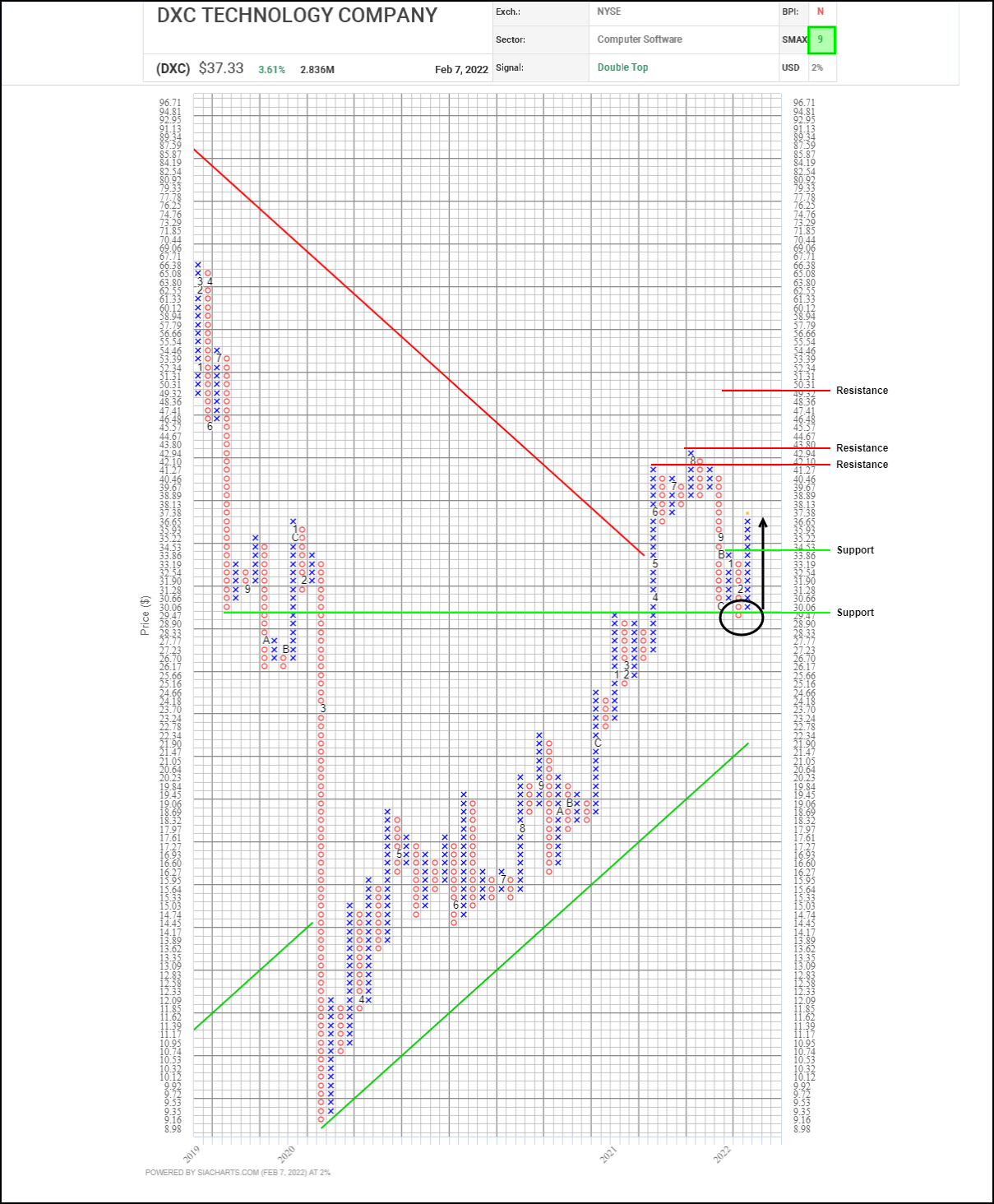