Household products producer Newell Rubbermaid (NWL) started this year deep in the red zone of the SIA S&P 500 Index Report, but has climbed back up the rankings and recently returned to the Green Favored Zone for the first time since July. Yesterday, NWL finished in 91st place, up 22 positions on the day and up 191 spots in the last month.

A major upturn is underway in Newell Rubbermaid (NWL) shares. Last May, a long-term uptrend topped out and the shares fell under distribution which continued until October. The shares then spend the last four months building a base for recovery in the $20.00 to $24.50 range. In the last month, NWL has come under renewed accumulation with the shares climbing on higher volumes. The shares have broken out their base, cleared the $25.00 round number hurdle, and continue to advance. 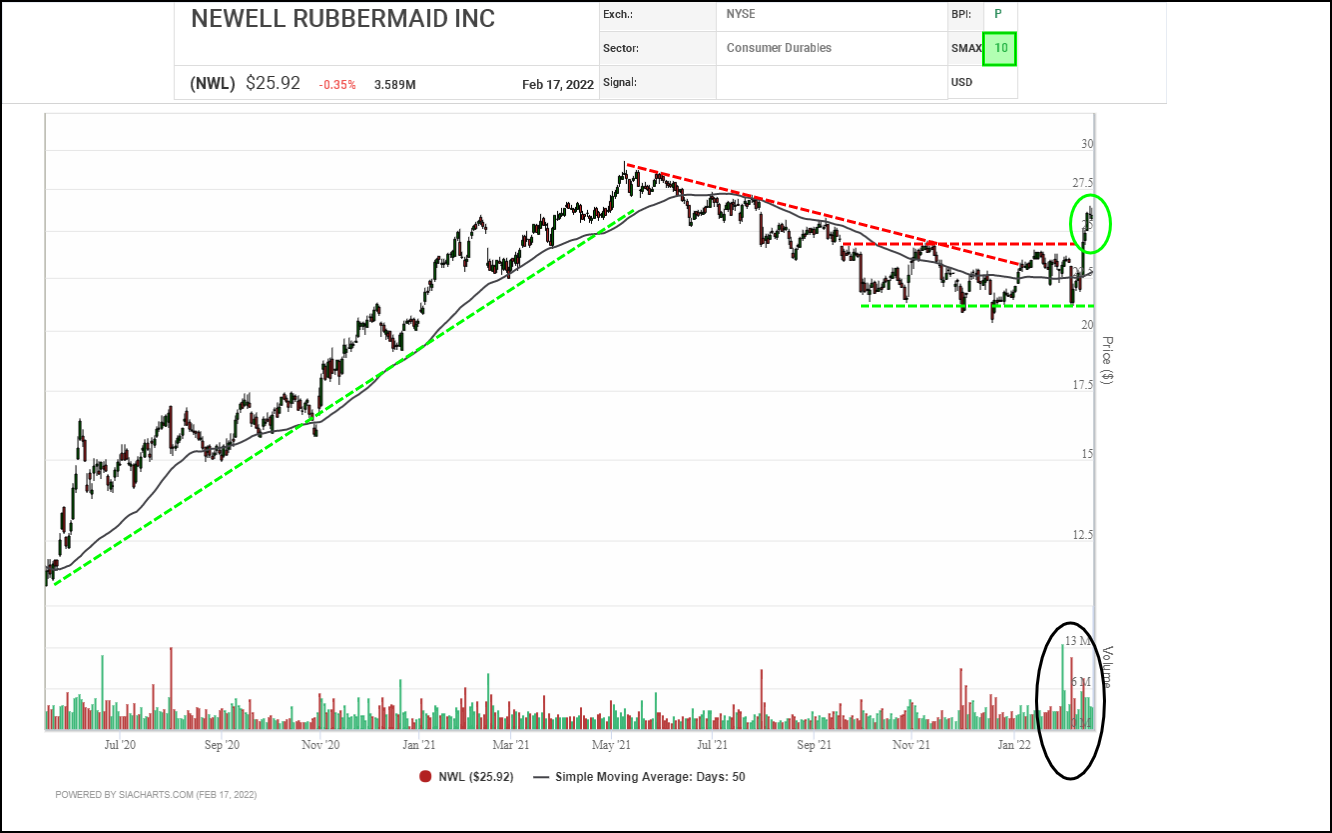 Newell Rubbermaid (NWL) spend the second half of 2021 in retreat, but it has staged a dramatic positive turnaround this year. Since December, NWL has been under renewed accumulation, establishing an uptrend of higher lows, completing two bullish Double Top breakouts and a Spread Double Top breakout, snapping a downtrend line.

The current upswing has accelerated into a bullish High Pole. Next potential resistance appears at the June peak near $28.95 followed by the $30.00 round number and then $30.70 based on a horizontal count. Initial support appears near $23.75 based on a 3-box reversal. With a perfect SMAX score of 10, NWL is exhibiting strength across the asset classes. 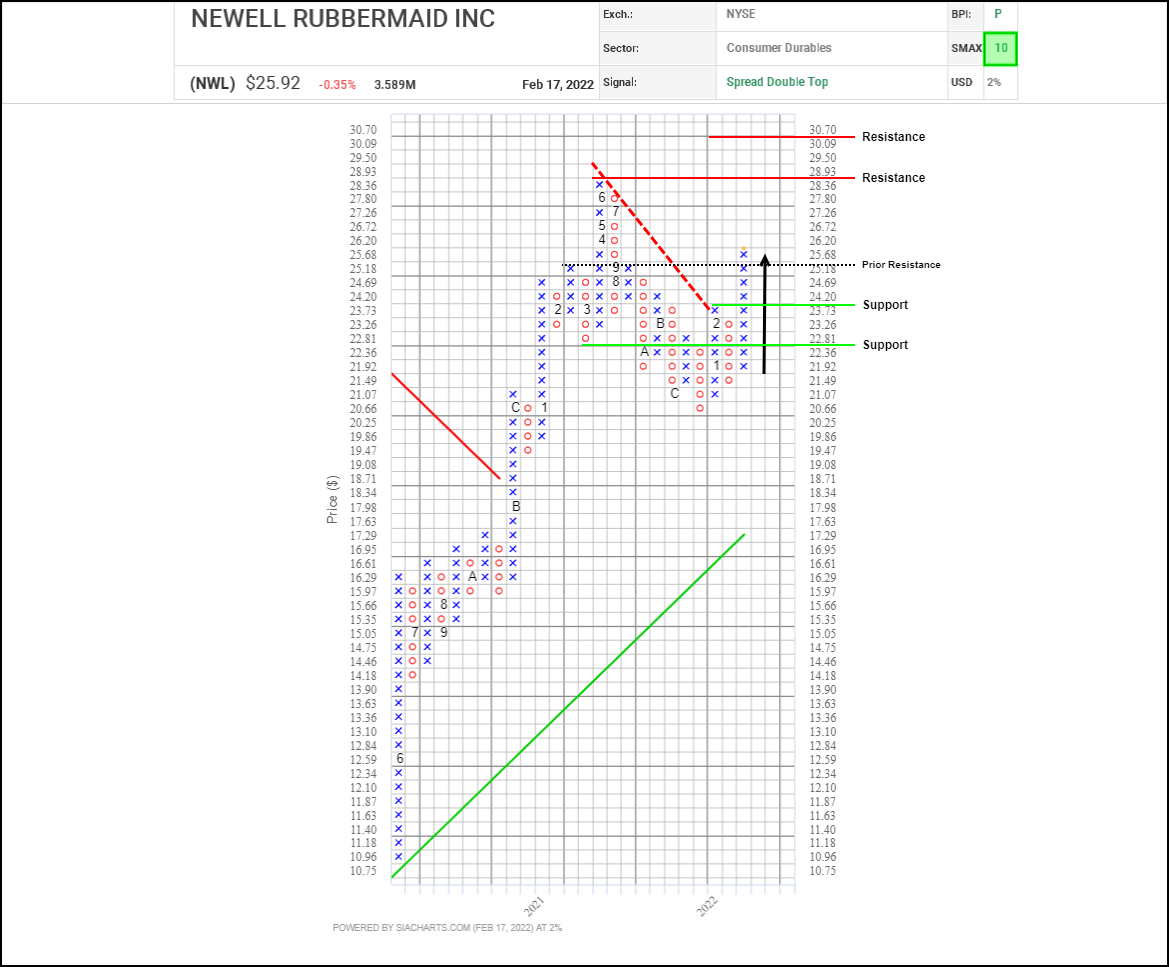