Since joining the SIA S&P/TSX Composite Index Report in December, Topaz Energy (TPZ.TO) has been steadily working its way up the rankings in the Green Favored Zone. On Friday, it climbed another two positions to 42nd place. 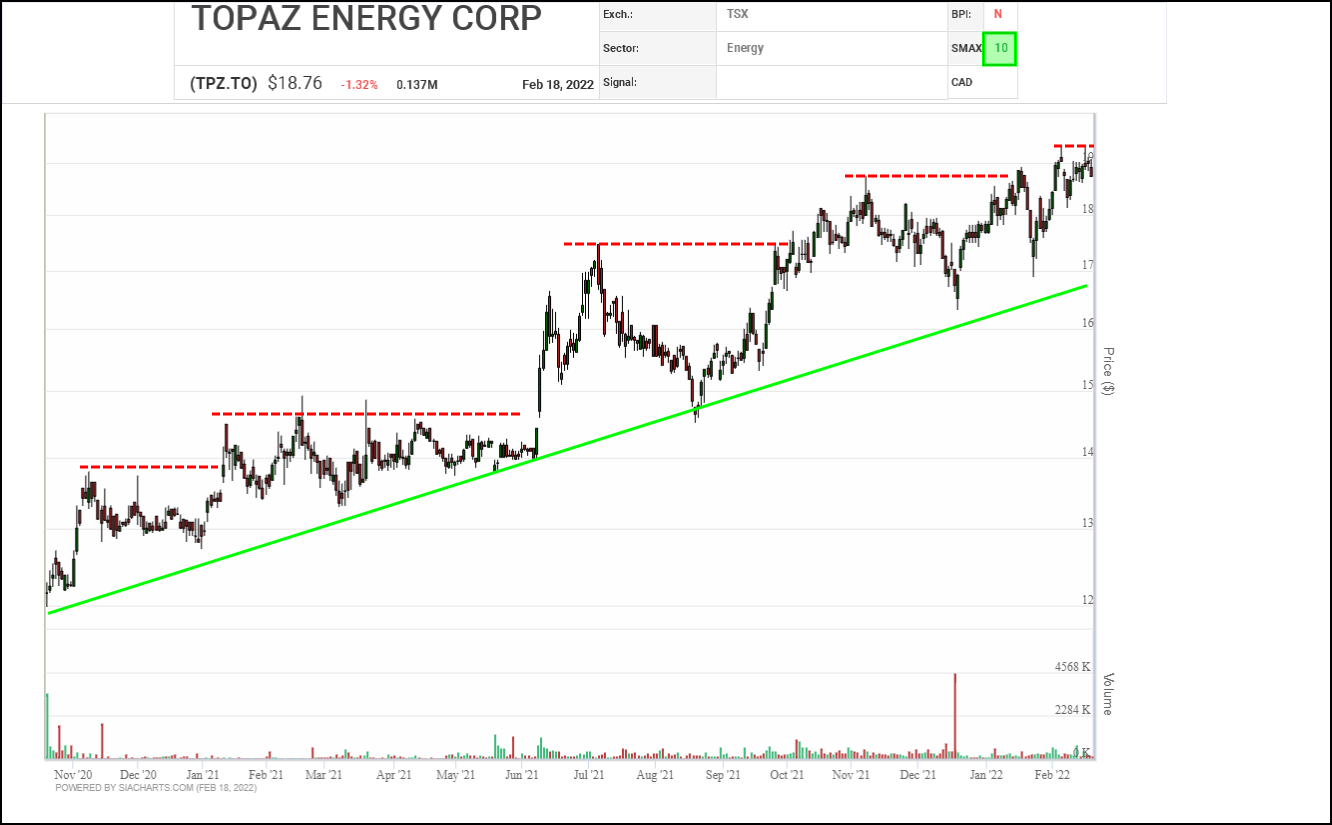 Since completing a bullish Double Top breakout back in October, Topaz Energy (TPZ.TO) shares have remained under accumulation, completing an additional Double Top pattern and establishing an upward trend of higher lows. Currently, the shares are bumping up against resistance near $19.20 where a breakout would signal the start of another upleg.

Should that occur, initial resistance could appear near the $20.00 round number, followed on trend by $21.20, $22.50 and $24.35 based on vertical and horizontal counts. Initial support appears near $17.35 based on a 3-box reversal and a previous column low.

With a perfect SMAX score of 10, TPZ.TO is exhibiting strength across the asset classes. 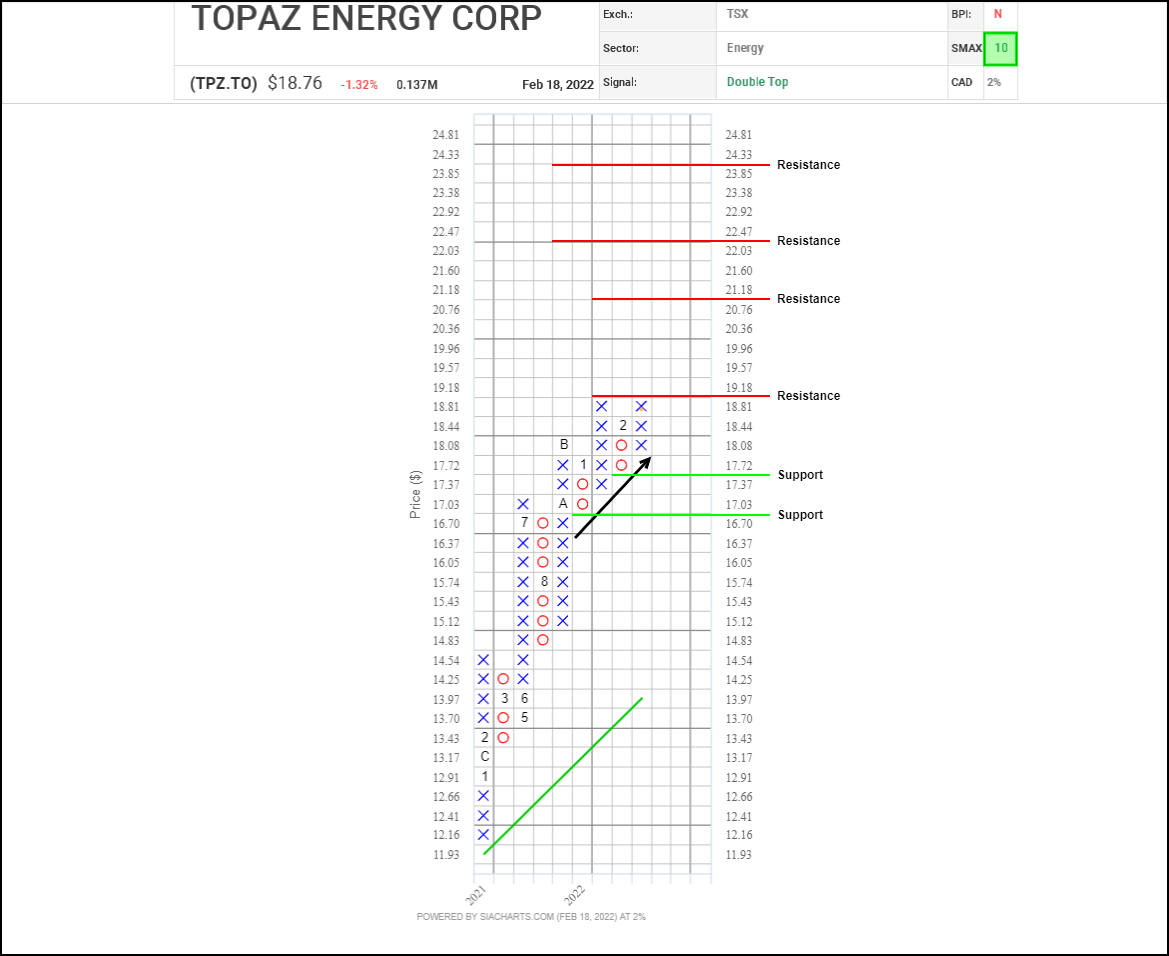