With capital returning to defensive havens, even generally unloved sectors like tobacco have attracted renewed interest lately. Phillip Morris spent most of the last 5 years stuck in the red zone of the SIA S&P 100 Index Report. It started to climb back up the rankings last year and in the last few days it has returned to the Green Favored Zone for the first time since September of 2017. Yesterday, PM rose one position to 14th place and it is up 19 spots in the last month.

Since the beginning of this year, Phillip Morris (PM) has been climbing on increasing volumes, a sign of renewed accumulation that has been confirmed by the shares regaining $100 and then carrying on upward to new all-time highs. Yesterday, the shares had a low volume inside day, which suggests consolidation within an ongoing trend.

Measured moves from previous trading ranges suggest potential resistance near $124 and then $130 on trend. Initial support appears near $103.50, a retest of the recent breakout point, then the $100 round number. 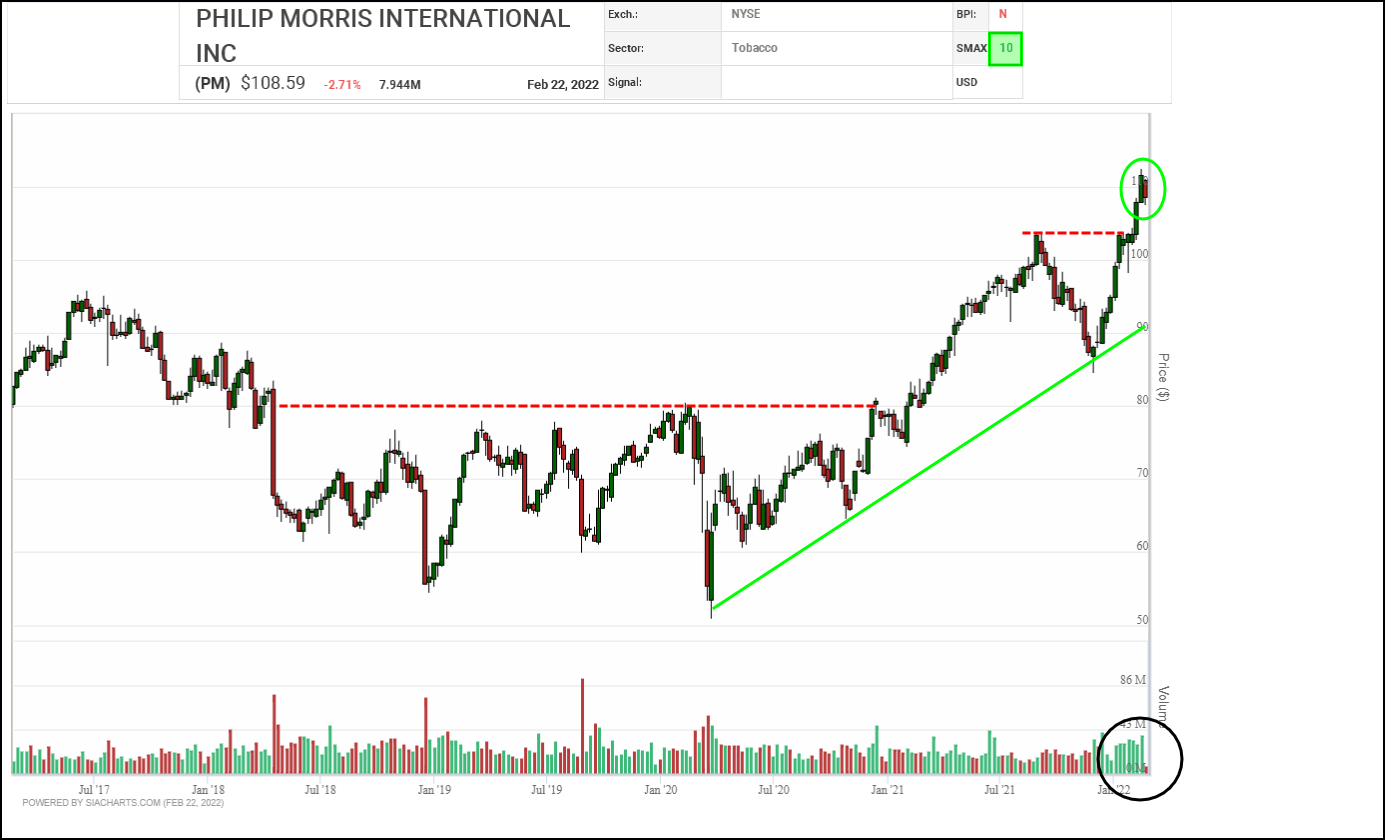 The March 2020 market bottom saw a downtrend in Phillip Morris (PM) finally bottom out in a $52.00-$57.00 support zone that has been in place for nearly a decade now. It took some time for PM to get going again, but from late 2020 to September, the shares staged an initial high pole advance that carried them to new all-time highs. Coming out of a fall correction, accumulation has resumed into 2022 with the shares rallying to new highs, completing a bullish Double Top pattern and building a new bullish High Pole. Vertical and horizontal counts suggest potential upside resistance near $115.60, $122.70, and $130.20 on trend. Initial support appears near $102.65 where a 3-box reversal and a retest of a recent breakout point converge.

With a perfect SMAX score of 10, PM is exhibiting strength across the asset classes. 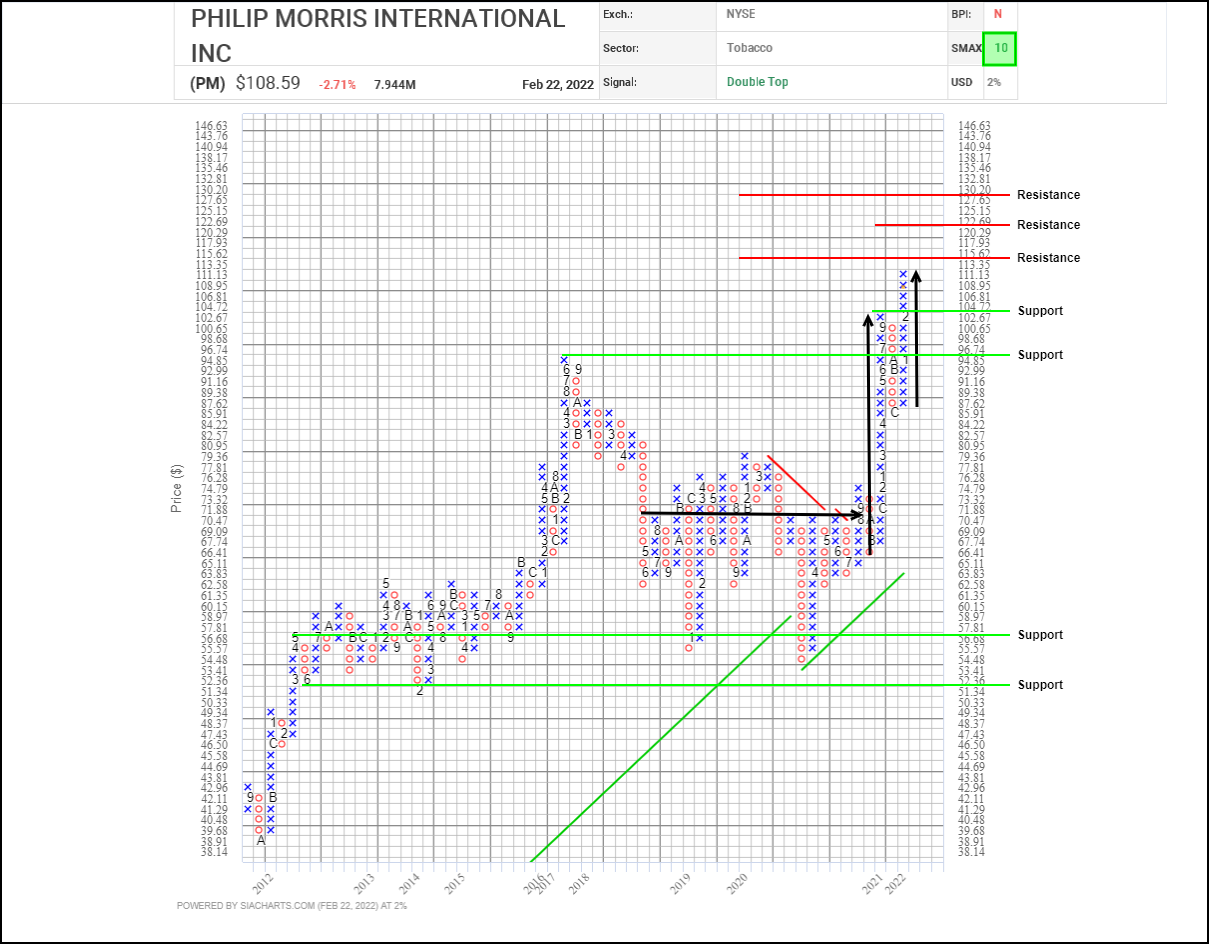