Since we last mentioned concert promoter Live Nation (LYV) as a potential reopening play in the October 4th edition of the Daily Stock Report, the shares have gained 26.0%. Boosted by a positive quarterly sales report and strong advance ticket sales, Live Nation jumped 23 positions to 19th place within the Green Favored Zone of the SIA S&P 500 Index Report.

A major breakout is underway in Live Nation (LYV) shares. Yesterday the shares soared on volume, completing a Bullish Engulfing candle and closing at a record high, breaking through the top of a $100.00 to $124.00 range where the shares had been consolidating since a previous Bullish Ascending Triangle breakout rally faded. 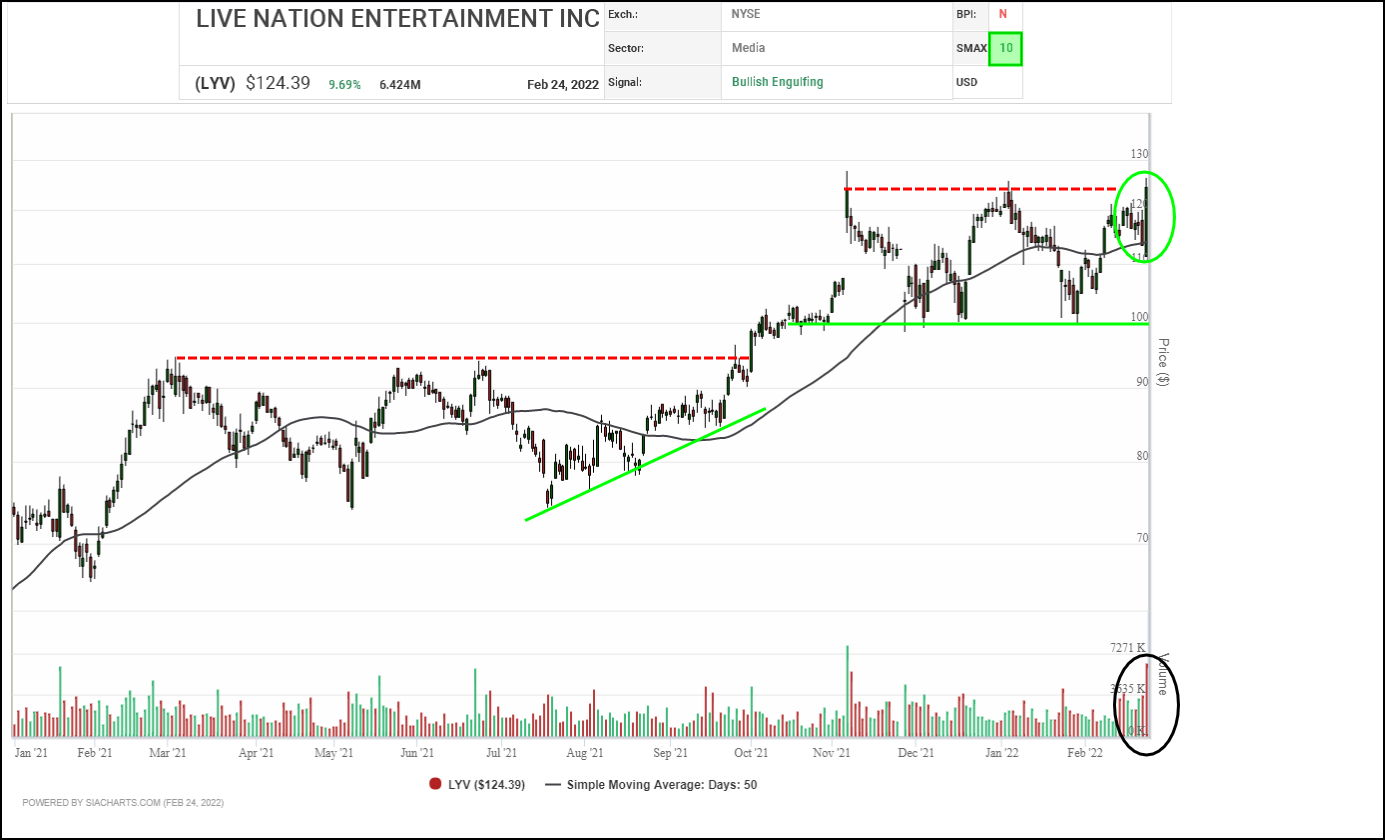 For over a year, Live Nation (LYV) shares have been under accumulation, advancing through a series of High Poles, followed by pauses at higher levels. Since its last rally ended in November, LYV has been consolidating between $100.00 and $124.00. Two recent bullish Double Top breakouts suggested that accumulation has resumed and the start of a new rally phase was confirmed yesterday with the shares breaking out to a new all-time high and completing a bullish Spread Double Top pattern.

With a perfect SMAX score of 10, LYV is exhibiting strength across the asset classes. 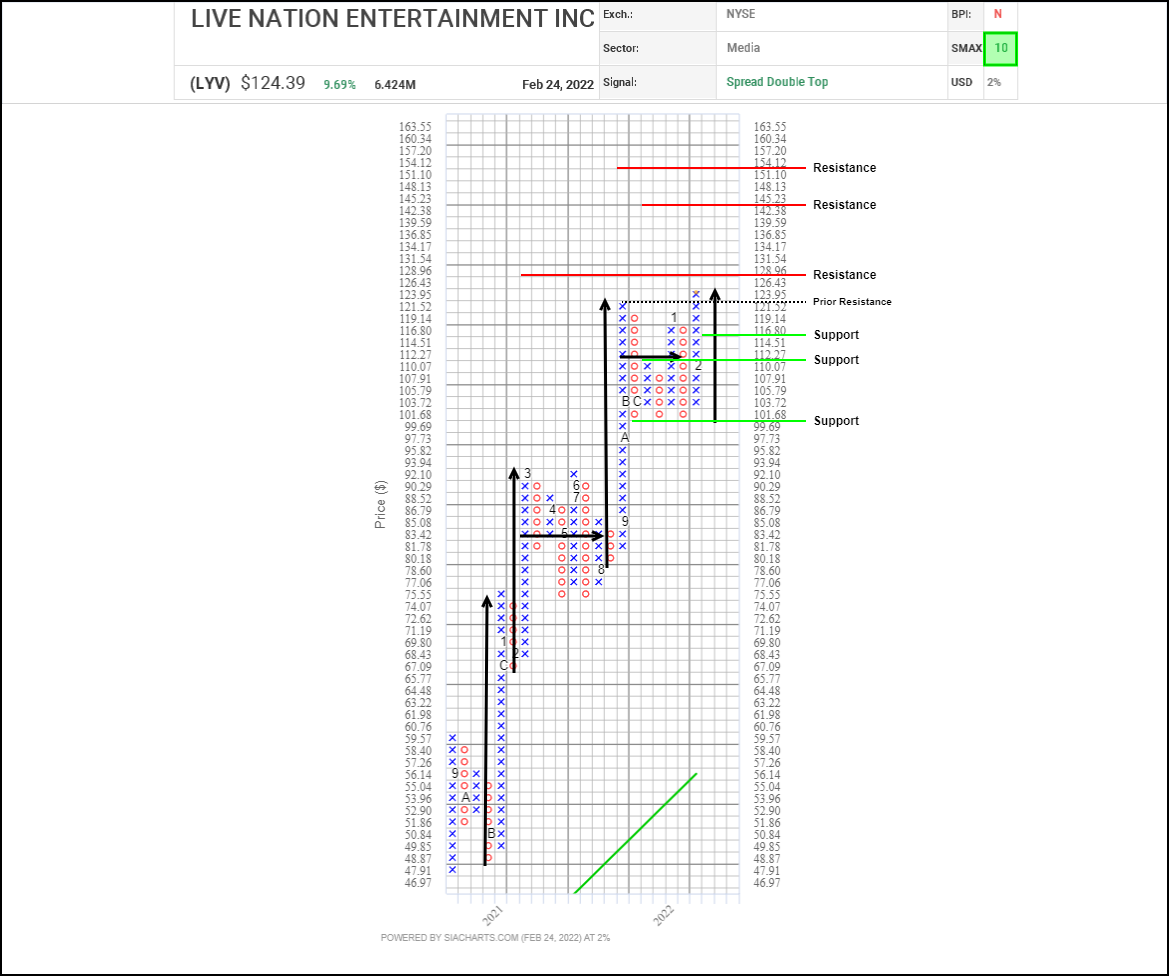