Amid talk of Germany deciding to keep its nuclear plants open, uranium producer Cameco (CCO.TO) has jumped back up into the Green Favored Zone of the SIA S&P/TSX 60 Index Report for the first time since December, bouncing back from a short trip down into the red zone. Yesterday the shares finished in 7th position, up 26 spots from a week ago.

For the last two years, since the March 2020 market bottom, Cameco (CCO) has been under accumulation, advancing in a step pattern of rallies followed by periods of consolidation at higher levels. Since the latest correction ended in January, the shares have been bouncing back and accumulation appears to be accelerating with the shares gapping upward and snapping a downtrend line in the last few days.

Initial upside resistance appears at the November peak (and the top of the current trading range) near $35.50. A breakout there would signal the start of a new rally phase with potential upside tests including the $40.00 round number, plus $39.50, $46.00 and $47.50. Initial support appears near $30.00 where the top of a gap, a round number and a breakout point coincide. 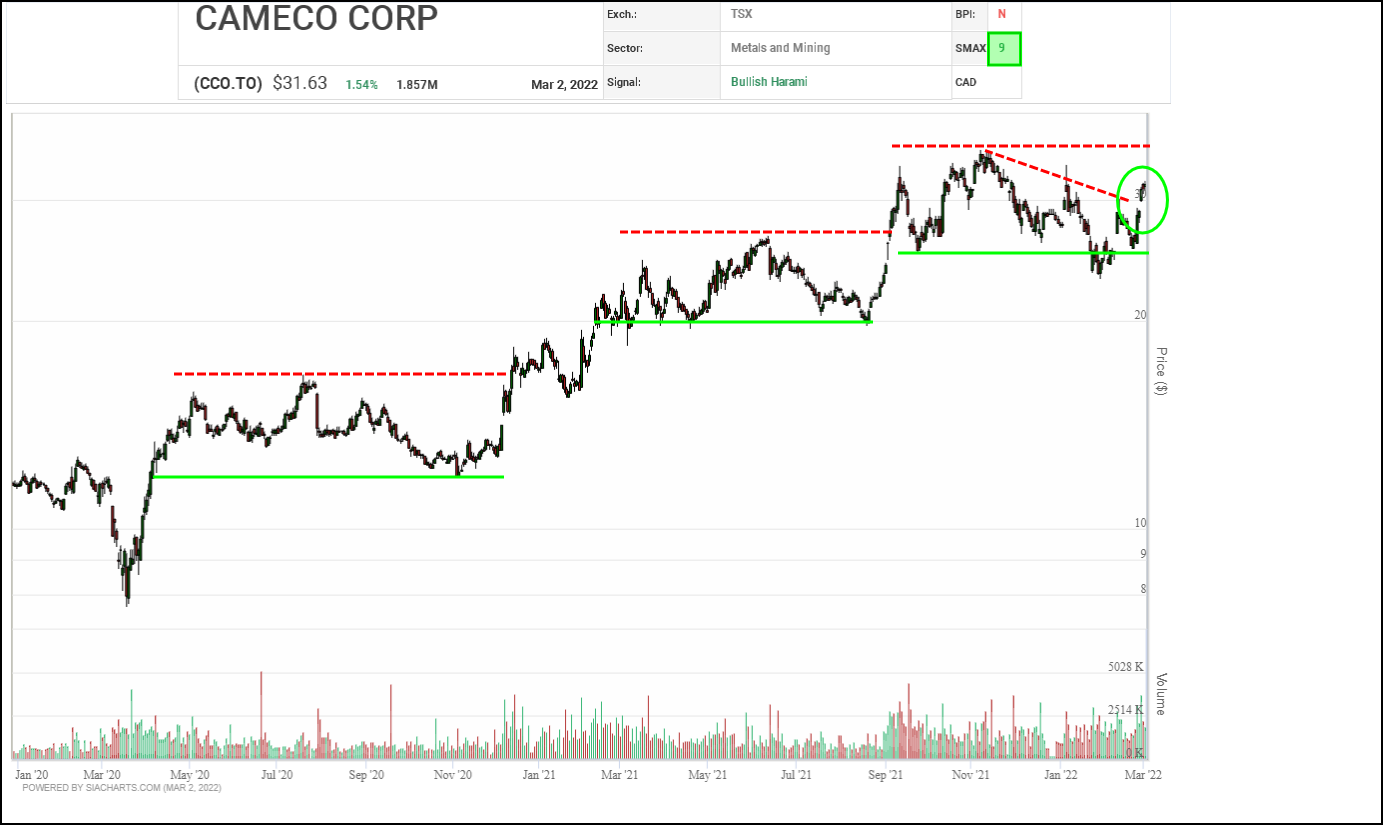 Cameco (CCO) continues to bounce back from a recent correction. Last month it completed a bullish Double Top pattern and this week it has completed a bullish Spread Double Top breakout. Currently a sideways consolidation trend appears to be emerging, it would take a breakout over the November peak near $35.15 to signal that the shares primary upward trend has resumed.

Should that occur, horizonal counts suggest next potential resistance on trend could appear near $37.30 and then $42.85 on trend. Initial support appears near $28.80 based on a 3-box reversal.

With a bullish SMAX score of 9, GD is exhibiting strength across the asset classes. 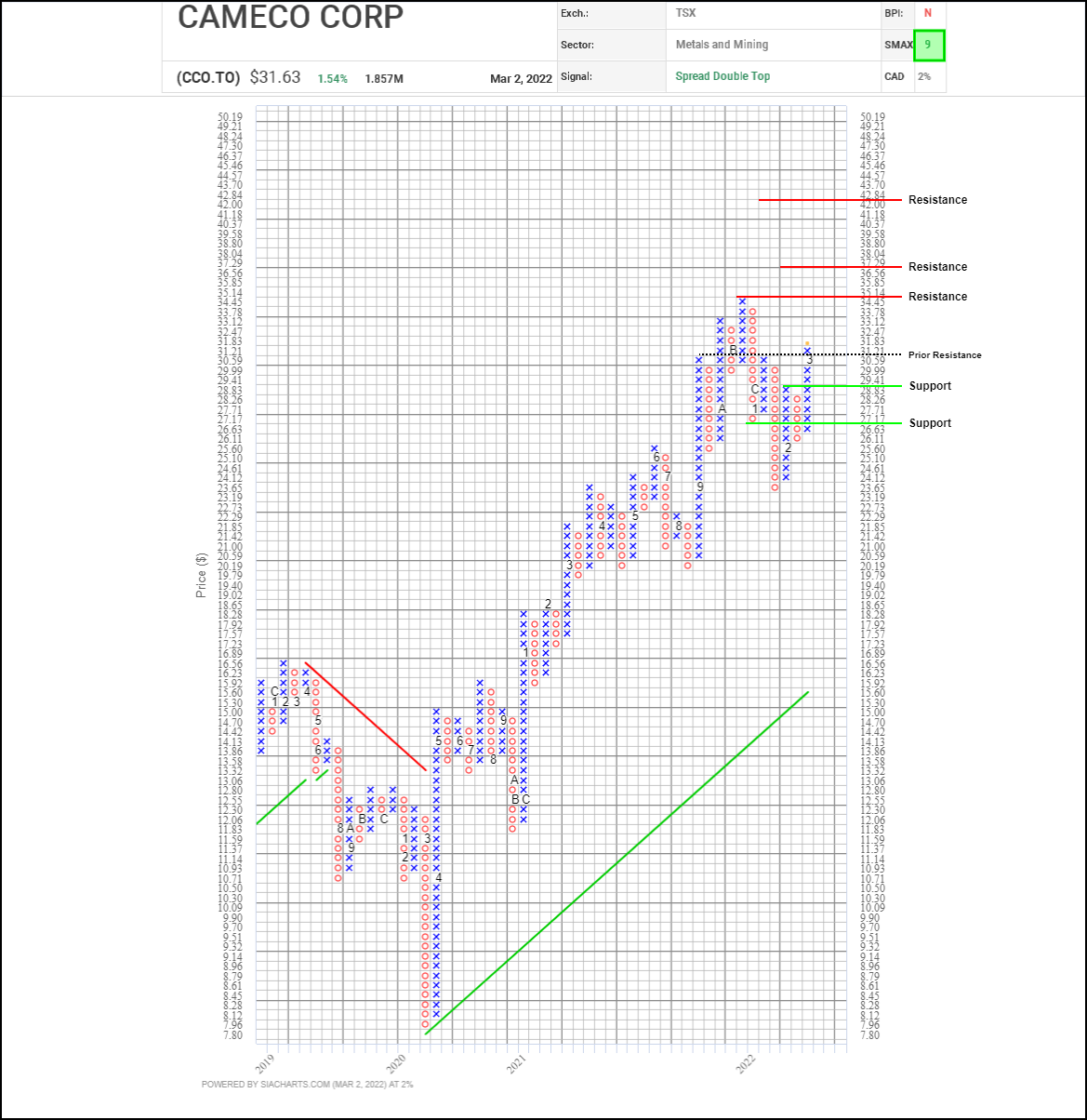