After spending over a year stuck deep in the red zone of the SIA S&P/TSX Composite Index Report, Yamana Gold (YRI.TO) has roared back to life lately, rocketing up the rankings and returning to the Green Favored Zone for the first time since August of 2020. Yesterday the shares finished in 52nd place, up 4 spots on the day and up 115 positions in the last month.

A major upturn is underway in Yamana Gold (YRI.TO). After spending nearly a year under distribution following its summer 2020 peak, Yamana spent the second half of 2021 building a base for recovery in the $4.80 to $5.80 range. The shares recently broke out of this base and have established higher support above $6.00 now, indicating that a new recovery trend has started. 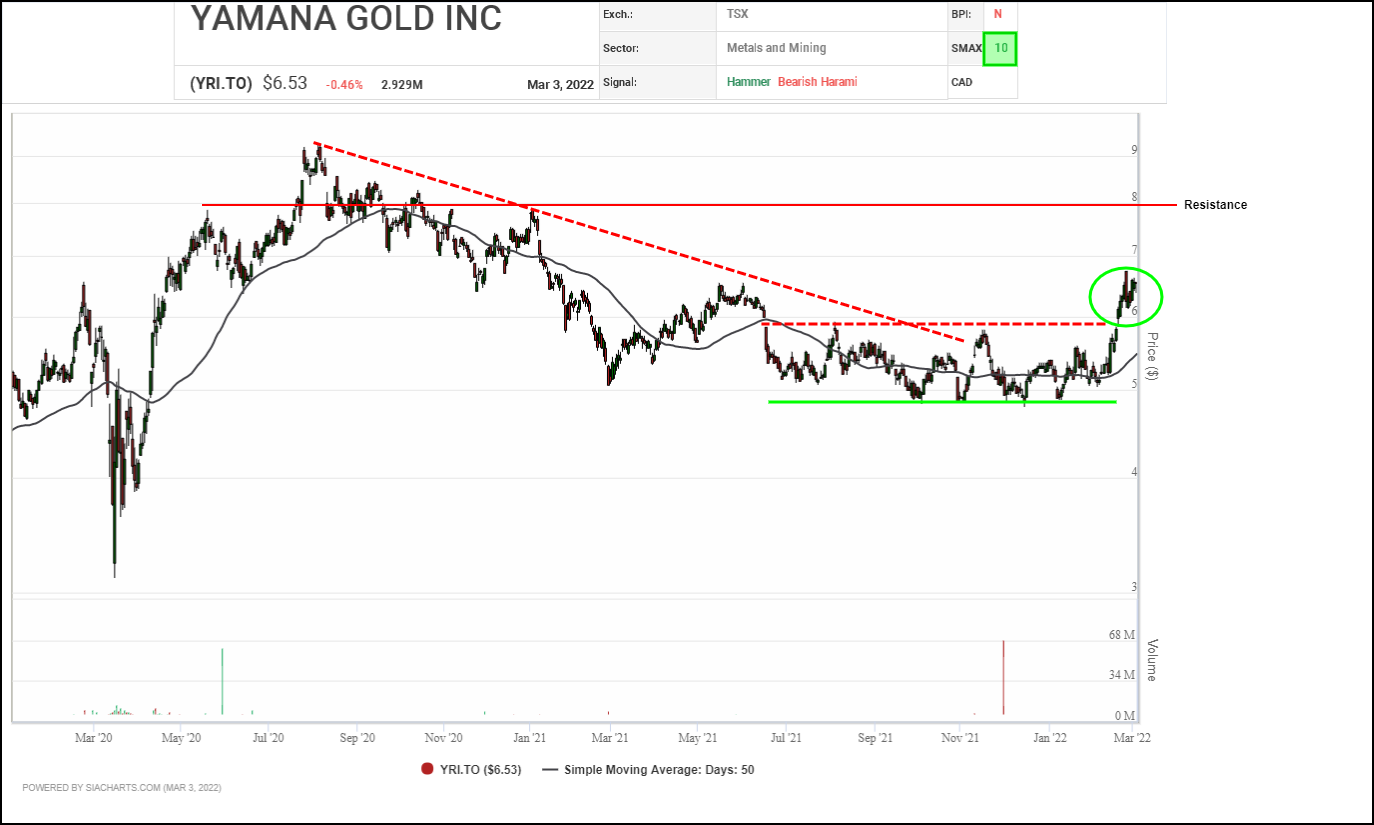 After selling off in late 2020 and early 2021, Yamana Gold (YRI.TO) spent nearly a year building a base for the new recovery trend that now appears to be underway. In recent weeks, the shares have launched up out of their base, completing bullish Double Top and Spread Double Top breakouts, and blasting through previous support/resistance levels. Previous column highs and vertical/horizontal counts suggest potential upside resistance tests appear near $7.40 and the 2020 peak near $8.85 on trend. Initial support appears near $6.05 based on a 3-box reversal.

With a perfect SMAX score of 10, YRI.TO is exhibiting strength across the asset classes. 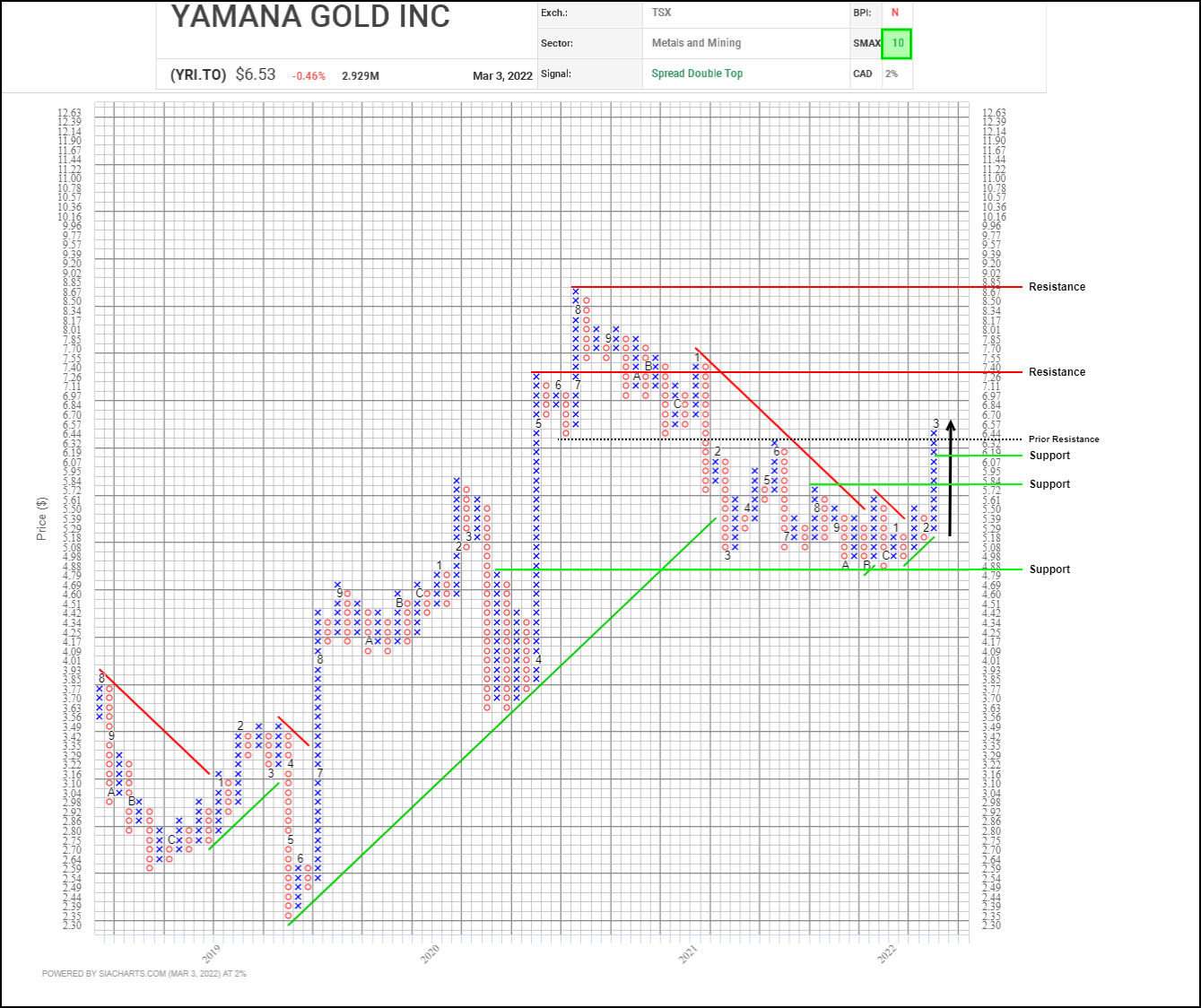