With consumer staples companies starting to attract renewed interest, personal products producer Eli Lilly (LLY) recently returned to the Green Favored Zone in the SIA S&P 100 Index Report. LLY had been steadily drifting downward in the rankings since September but has turned decisively back upward over the last few weeks. Yesterday, LLY finished in 10th place, up 3 spots on the day and up 20 positions in the last month.

Eli Lilly (LLY) shares actually bottomed out back in the fall of 2019 and as a Consumer Staples defensive play, the 2020 market crash seems to have only been a speed bump for LLY in the context of its larger uptrend. For over two years, the shares have been in an uptrend, but since June, they have been in a normal consolidation phase, trading between $225 and $275. Last month, the shares successfully retested support above $225 and their longer-term uptrend support line. In the last two weeks, they have started to climb again, regaining $250 to signal the start of a new upswing.

Initial resistance appears at the channel top near $275 where a breakout would confirm that accumulation has resumed and signals that a new upleg has started. Should that occur, next potential resistance could appear near the $300 round number, or a measured $325. Initial support appears near $250, then the uptrend line near $230. 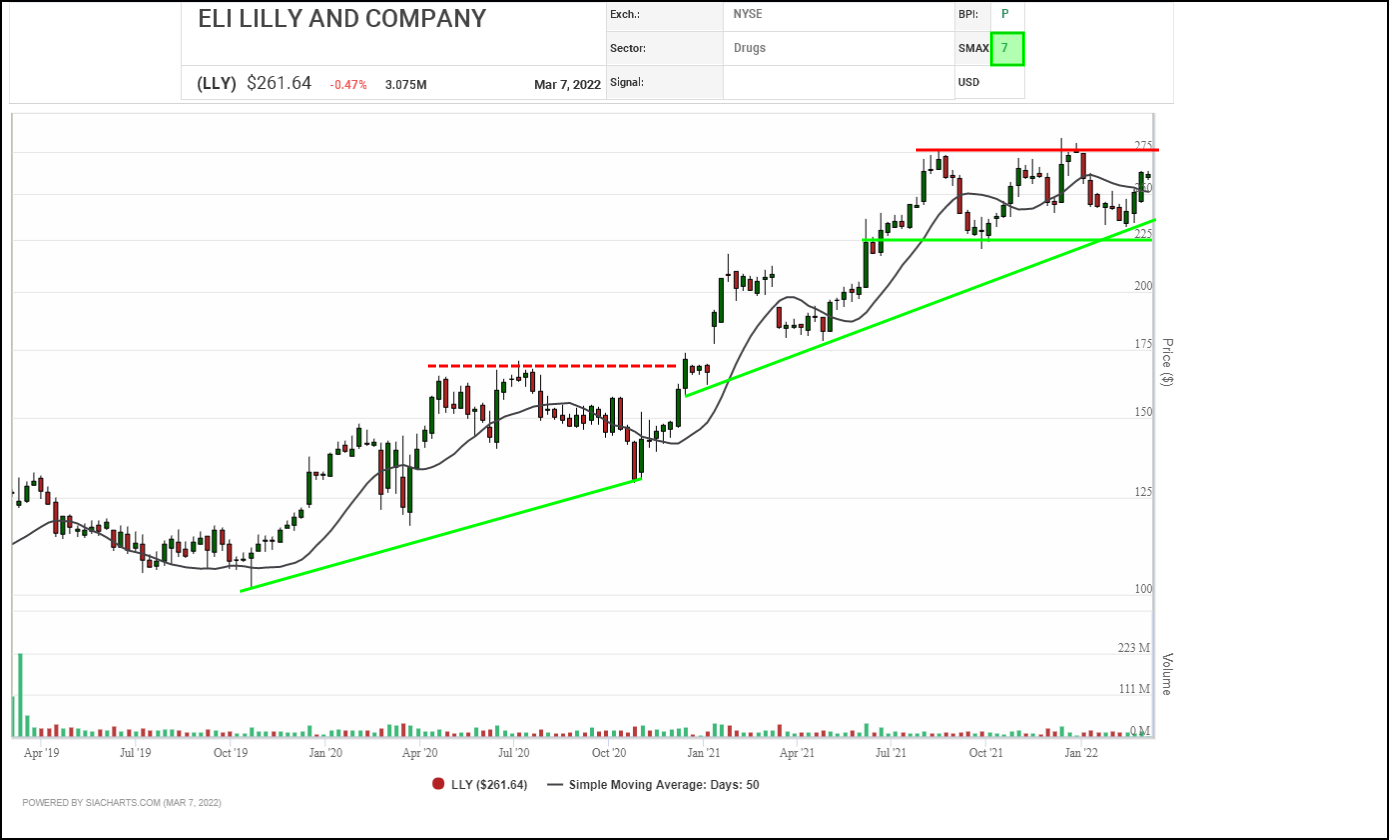 Since last summer, Eli Lilly (LLY) has been trending sideways, consolidating previous advances. Over this time, the shares have continued to establish higher lows, indicating that their underlying uptrend remains intact. Since the beginning of this year the shares have become more active, staging a triple top breakout which quickly faltered followed by a small Double Bottom breakdown which appears to be faltering as well with the shares turning upward.

A breakout over $280.00 to a new high would call off the double bottom and signal the start of a new advance. Should that occur, next potential resistance could appear near the $300.00 round number, followed by $303.10 and $315.30 based on horizontal and vertical counts. Initial support appears near $238.95 based on a 3-box reversal.

With its bullish SMAX score increasing to 7, LLY is exhibiting strength against the asset classes. 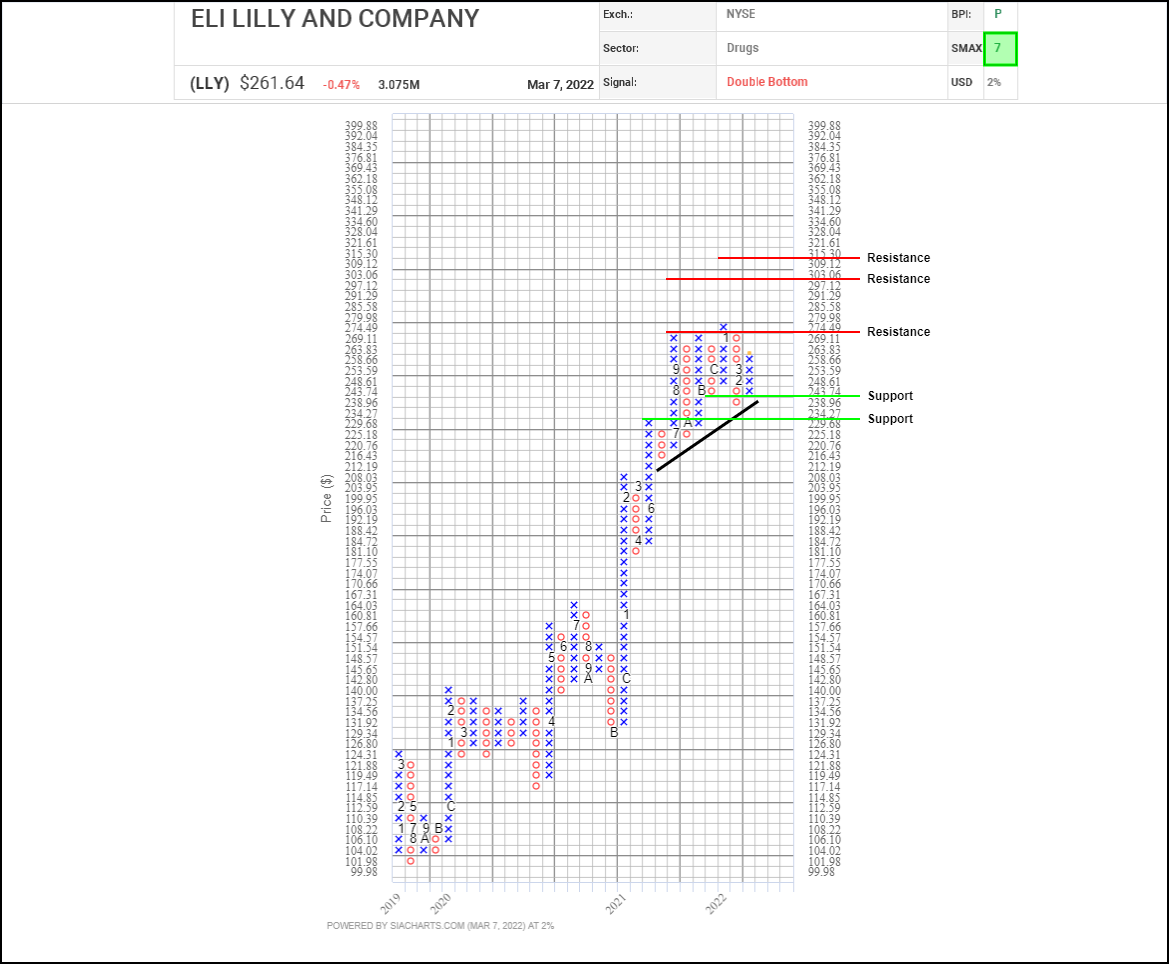