Benefitting from a rotation of capital into defensive sectors like Consumer Staples, grocery and drug store operator Loblaw Companies (L.TO) has returned to the Green Favored Zone of the SIA S&P/60 Index Report, continuing an upward trend in the rankings which started about a year ago. Yesterday, L.TO finished in 13th place, up 4 spots on the day and up 9 positions in the last week.

A major breakout is underway in Loblaw Companies (L.TO) shares Since December, the shares had been trading between $90.00 and $105.00 digesting previous advances. In the last few days, the shares have soared on a big jump in volume, indicating increased investor interest. The shares have blasted through the top of their previous range to new highs and embarked on a new advance.

Measured moves from the previous range suggest potential upside resistance tests near $120.00 and $135.00, with the $125.00 round number in between them. Initial support appears at the $105.00 breakout point. 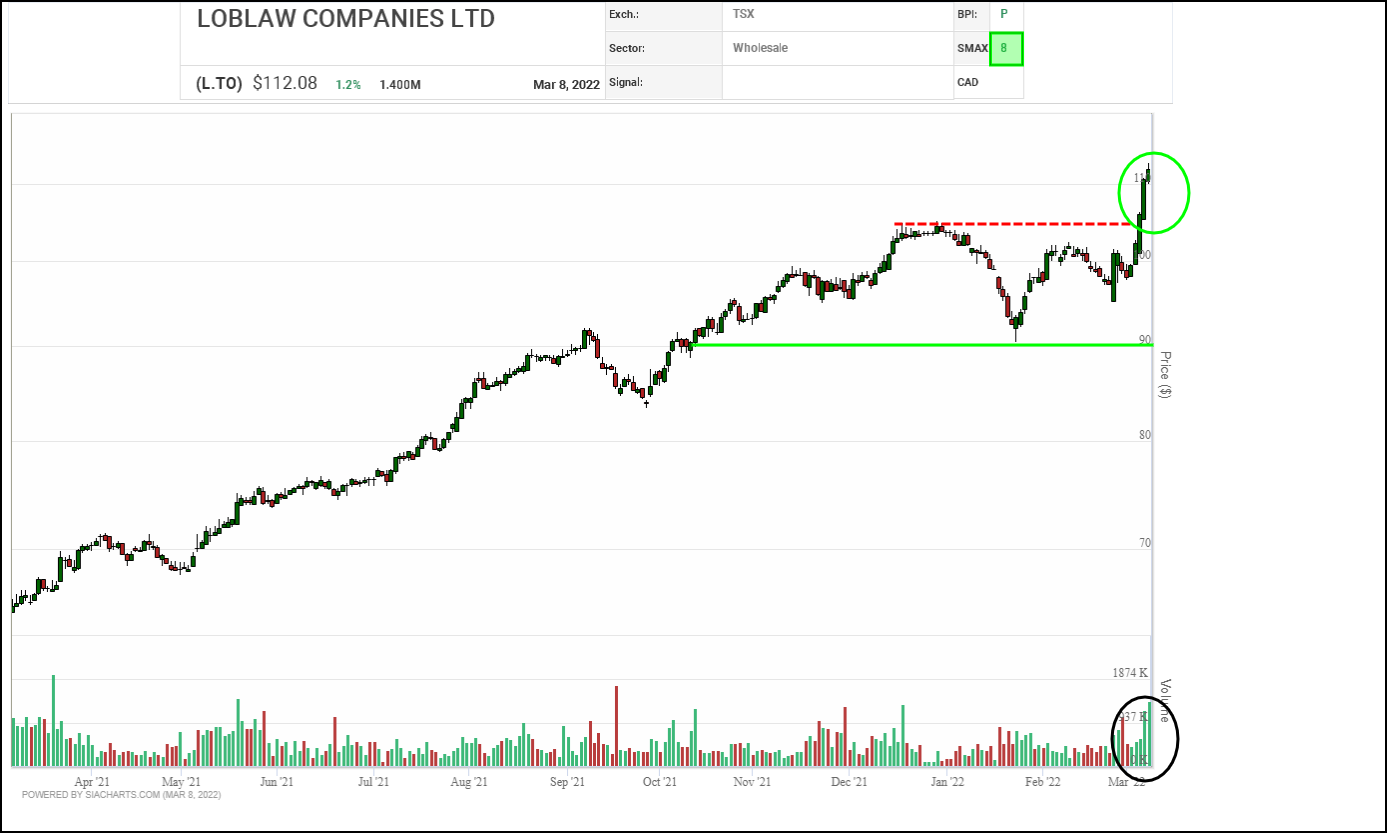 Loblaw Companies (L.TO) came under accumulation in the spring of 2021 and advanced through to the end of last year. The shares spent the first two months of this year consolidating their gains, but recent advances suggest that accumulation has resumed. Since the start of this month, the shares have launched into a new bullish High Pole advance, breaking out to new highs and completing a series of bullish patterns including a Triple Top and a Spread Double Top.

With its bullish SMAX score of 8, L.TO is exhibiting strength against the asset classes. 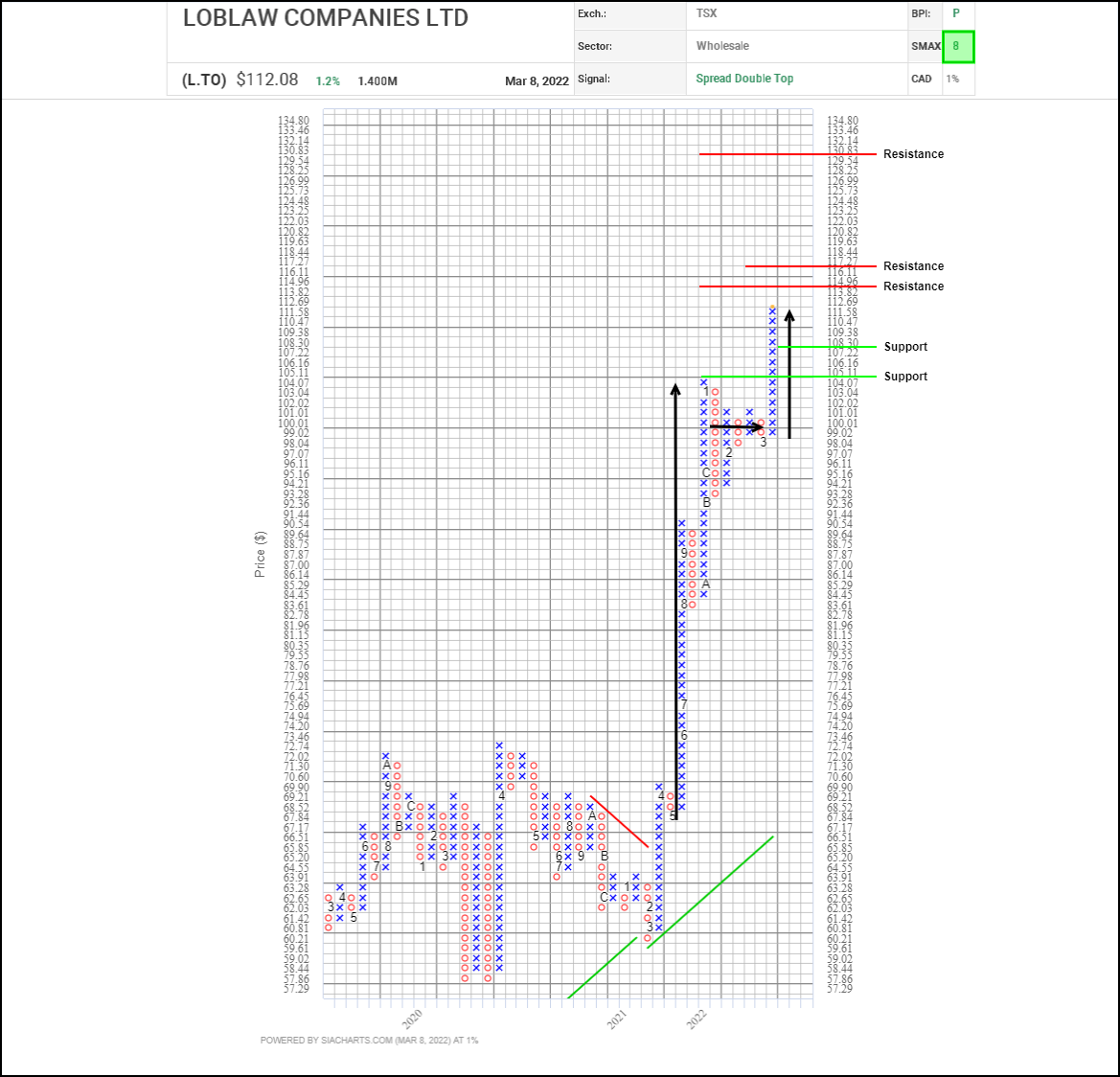