With precious metals rallying, silver miners have started to attract renewed attention. Fortuna Silver Mines (FVI.TO) has flown up the rankings of the SIA S&P/TSX Composite Index report this month, starting deep in the red zone and this week returning to the Green Favored Zone for the first time since January of 2021. Yesterday, FVI.TO finished in 54th place, up 3 spots on the day, up 41 positions in the last week and up 141 spots in the last month.

A new recovery trend appears to be getting underway in Fortuna Silver Mines (FVI.TO) shares.

A long-term downtrend bottomed out in a selling climax below $4.00 back in December and through January and February, the shares built a base for recovery in the $4.00 to $5.25 range. This month, the shares have turned decisively upward, completing a bullish Ascending Triangle pattern and then snapping out of a long-term downtrend.

A measured move from the base suggests potential upside resistance near $6.50, followed by a previous high near $7.00 and then near $7.75 where a measured move and a previous support level converge. Initial support appears near $5.00 where a round number and uptrend support line converge. 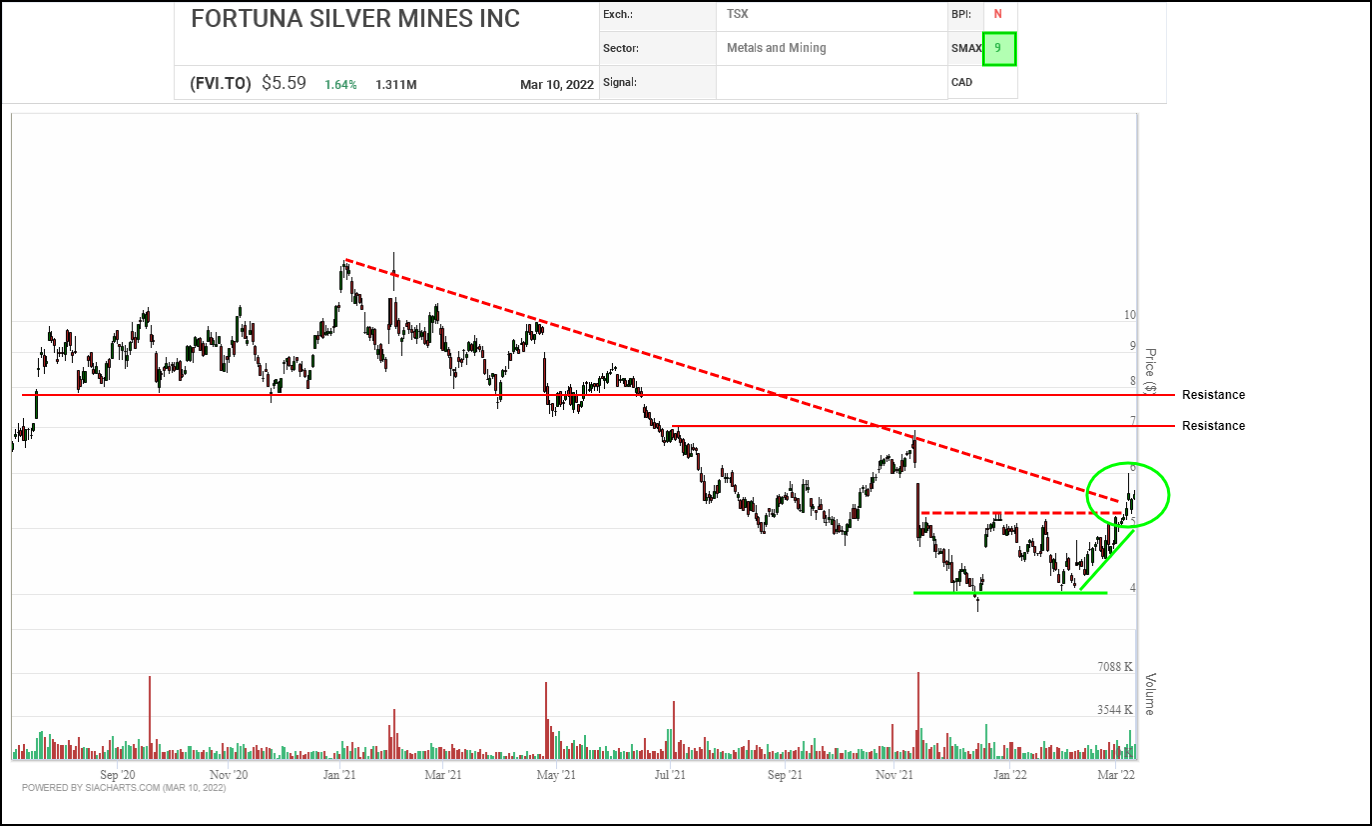 Fortuna Silver Mines (FVI.TO) spent 2021 under distribution then the first two months of this year bottoming out and forming a base for recovery. This month, the shares have started to recover, rallying up off of support near $4.00, blasting through $5.00 and completing a series of bullish patterns including a Double Top and two Spread Double Tops.

Initial upside resistance tests appear at the November rally high near $6.65, then near $7.50 where a round number, previous column low and a downtrend line all converge. Initial support appears near $5.15 based on a 3-box reversal.

With its bullish SMAX score of 9, FVI.TO is exhibiting strength against the asset classes. 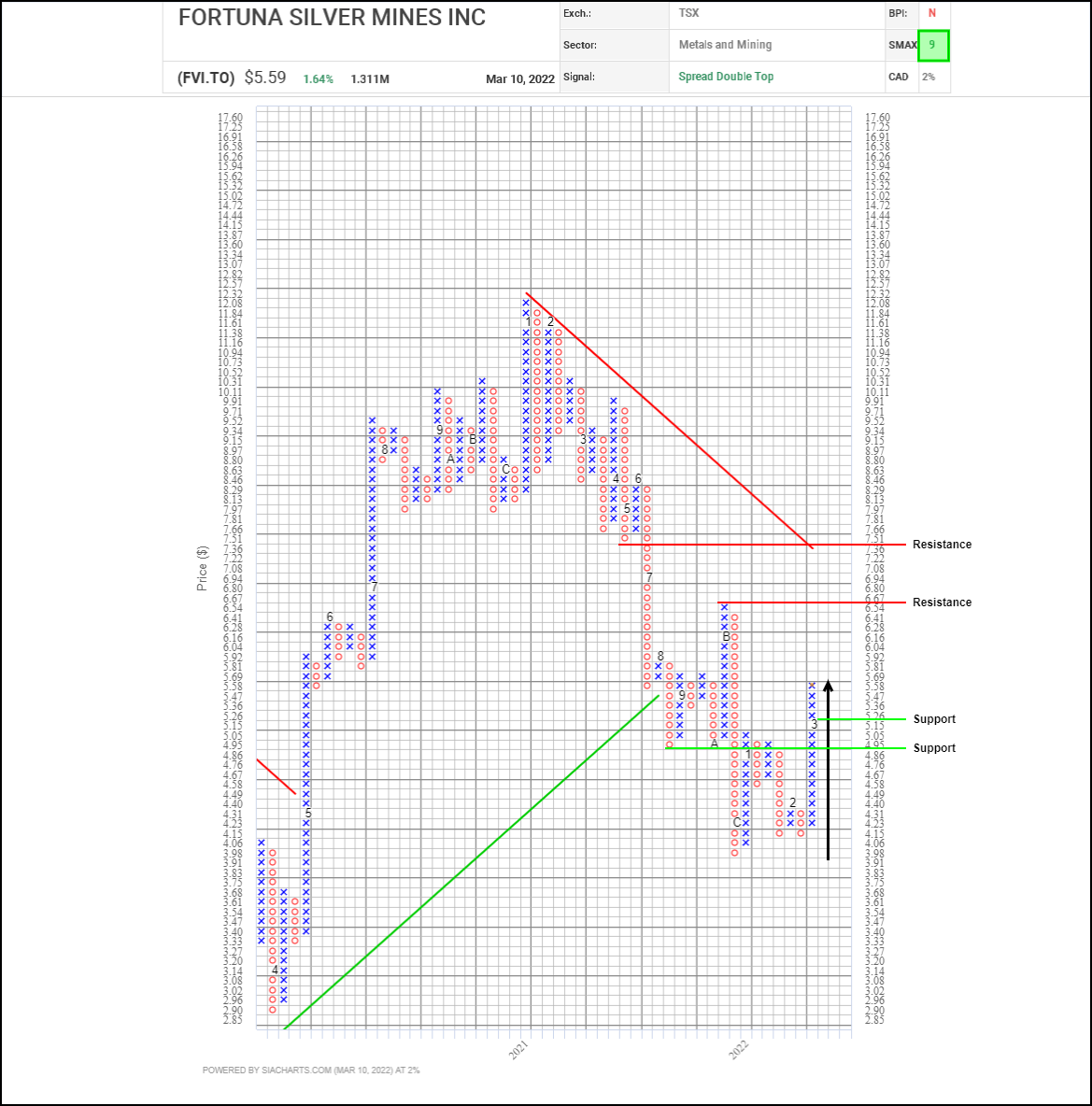