Welltower (WELL) a REIT which specializes in owning health care and senior living facilities, recently returned to the Green Favored Zone in the SIA S&P 500 Index Report and has climbed to its highest level since October. On Friday it finished in 50th place, up 11 positions on the day and up 103 spots in the last month.

A major breakout is underway in Welltower (WELL) shares. After steadily climbing up out of the March 2020 market bottom, Welltower had been stuck in a sideways trading range since May. Last week it broke through $90.00 to signal the start of a new advance which would be confirmed if the shares can close above their 2019 peak which was near $92.25.

Next potential upside resistance appears near the $100.00 round number, followed by $110.00 where two measured moves cluster. Initial support appears at the 50-day moving average near $84.60. 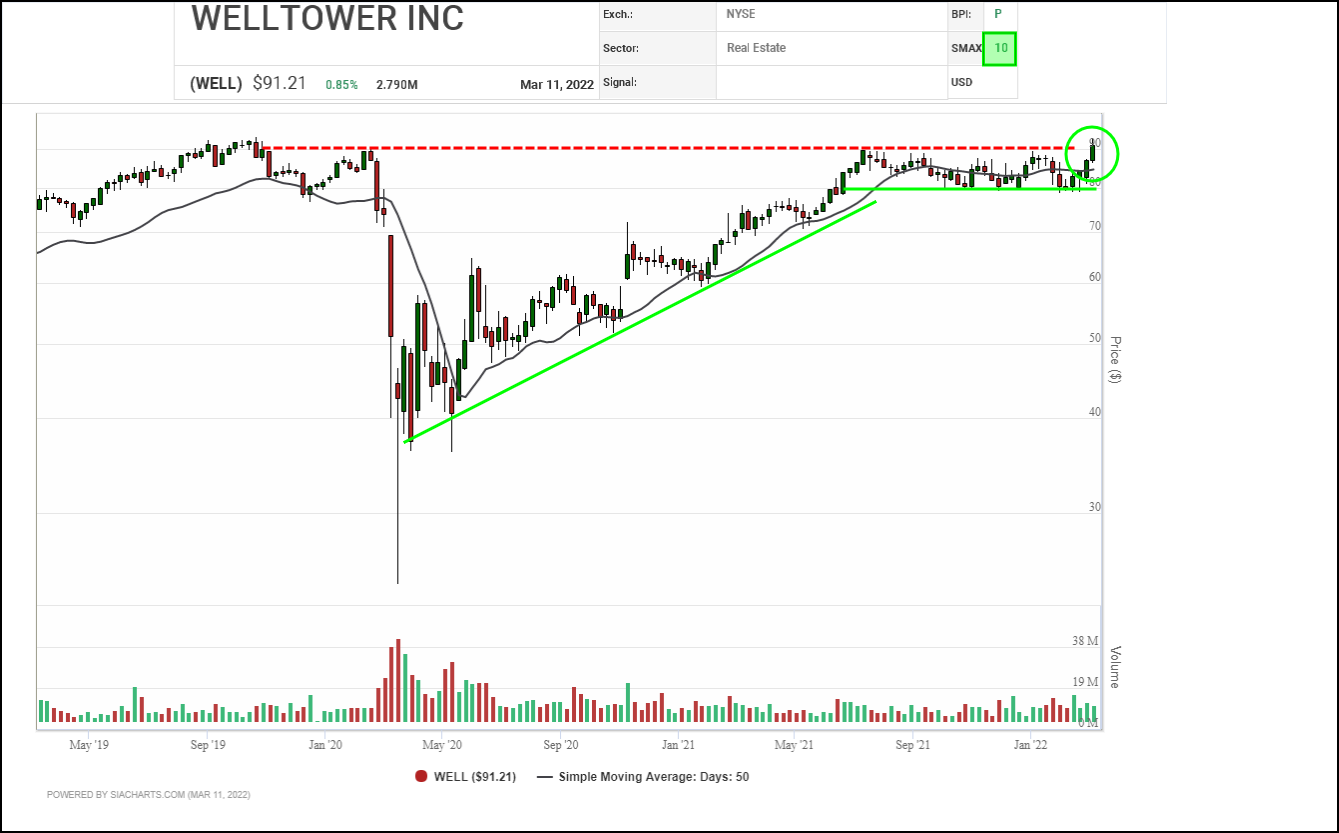 Back in December, a correction in Welltower (WELL) shares was contained by support dating back to 2019 and ended with a bullish Bear Trap reversal where it broke down by 1 row and then bounced back. Since then the shares nave been under renewed accumulation, breaking out last week to a new all-time high, and completing a bullish Spread Triple Top pattern which has signaled the start of a new upleg.

Based on vertical and horizontal counts, initial resistance could appear near $96.80, followed by a cluster between $115.70 and $120.35. The $100.00 round number could also potentially pose a challenge. Initial support appears near $82.60 based on a 3-box reversal.

With its bullish SMAX score increasing to a perfect 10, WELL is exhibiting strength across the asset classes. 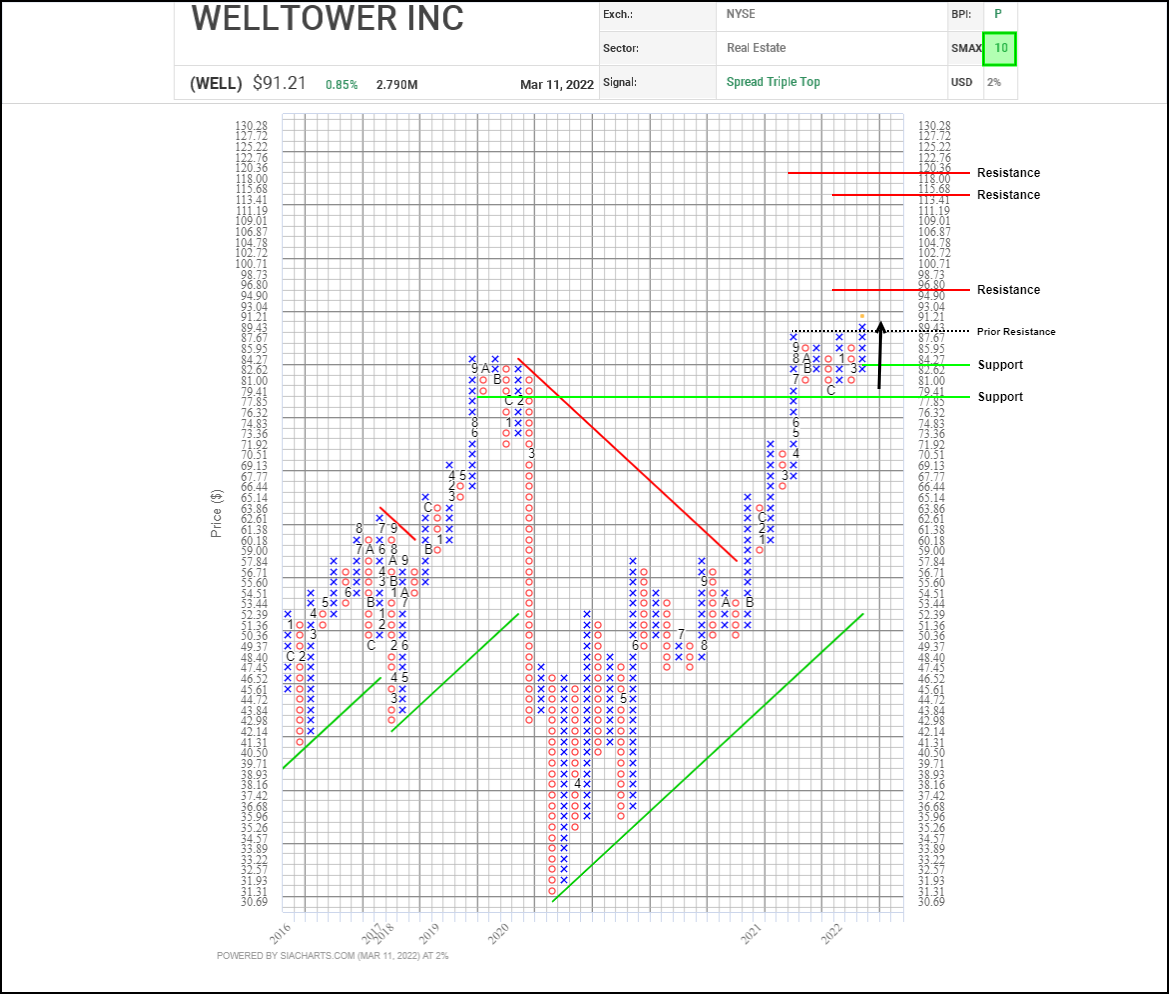