Life Insurance and benefits provider AON (AON) has been steadily climbing back up the rankings in the SIA S&P 500 Index Report since the beginning of February, starting in the red zone and returning to the Green Favored Zone for the first time since November. Yesterday, AON finished in 111th place, up 12 spots on the day and up 123 positions in the last month.

Back in January, a pullback in AON (AON) shares was contained by support near $260.00, a former resistance level. Since then, signs of renewed accumulation have become more apparent. A new upward trend of higher lows as emerged, the shares snapped out of a 5-month downtrend and yesterday, AON broke out over $300.00 and completed a bullish Ascending Triangle pattern.

Initial upside resistance appears in the $325.00 to $326.25 area between a round number and the October peak. A breakout there would confirm that the longer-term uptrend has resumed. Should that occur, a measured move suggests next potential resistance may appear near $345.00. Initial support appears in the $295.00 to $300.00 area. 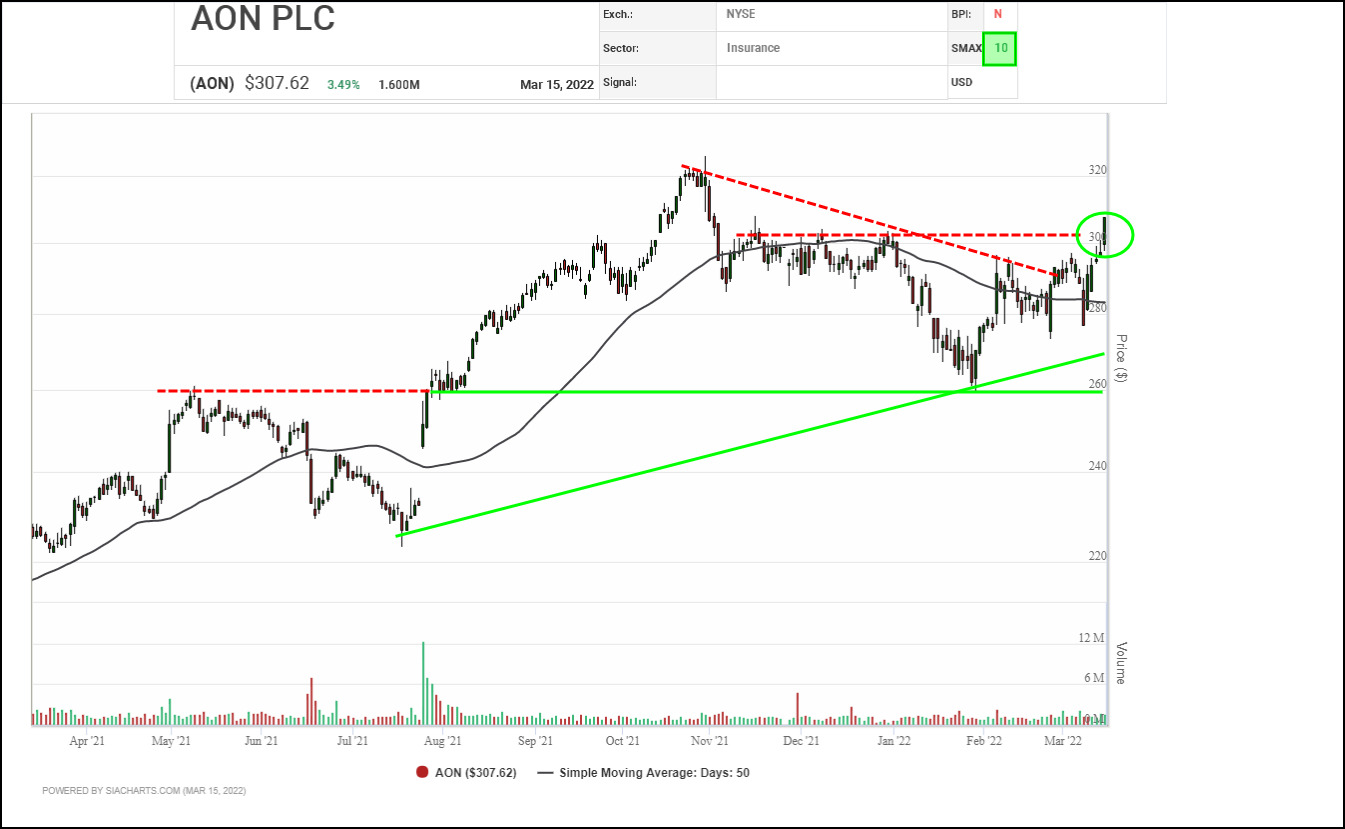 Since last October, when a bullish High Pole advance peaked, a symmetrical triangle of higher lows and lower highs has been forming in AON (AON) shares. This is indicative of a normal consolidation phase within a decade-plus long major uptrend. Currently the shares are in an X column, indicating an upswing.

At this point, a breakout over $324.00 would be needed to complete a bullish double top and signal the start of a new upleg. Should that occur, next potential resistance could appear between $372.00 and $380.00 where vertical and horizontal counts cluster around the $375.00 round number. Initial support appears near $282.00 based on a 3-box reversal.

With its bullish SMAX score increasing to a perfect 10, AON is exhibiting strength across the asset classes. 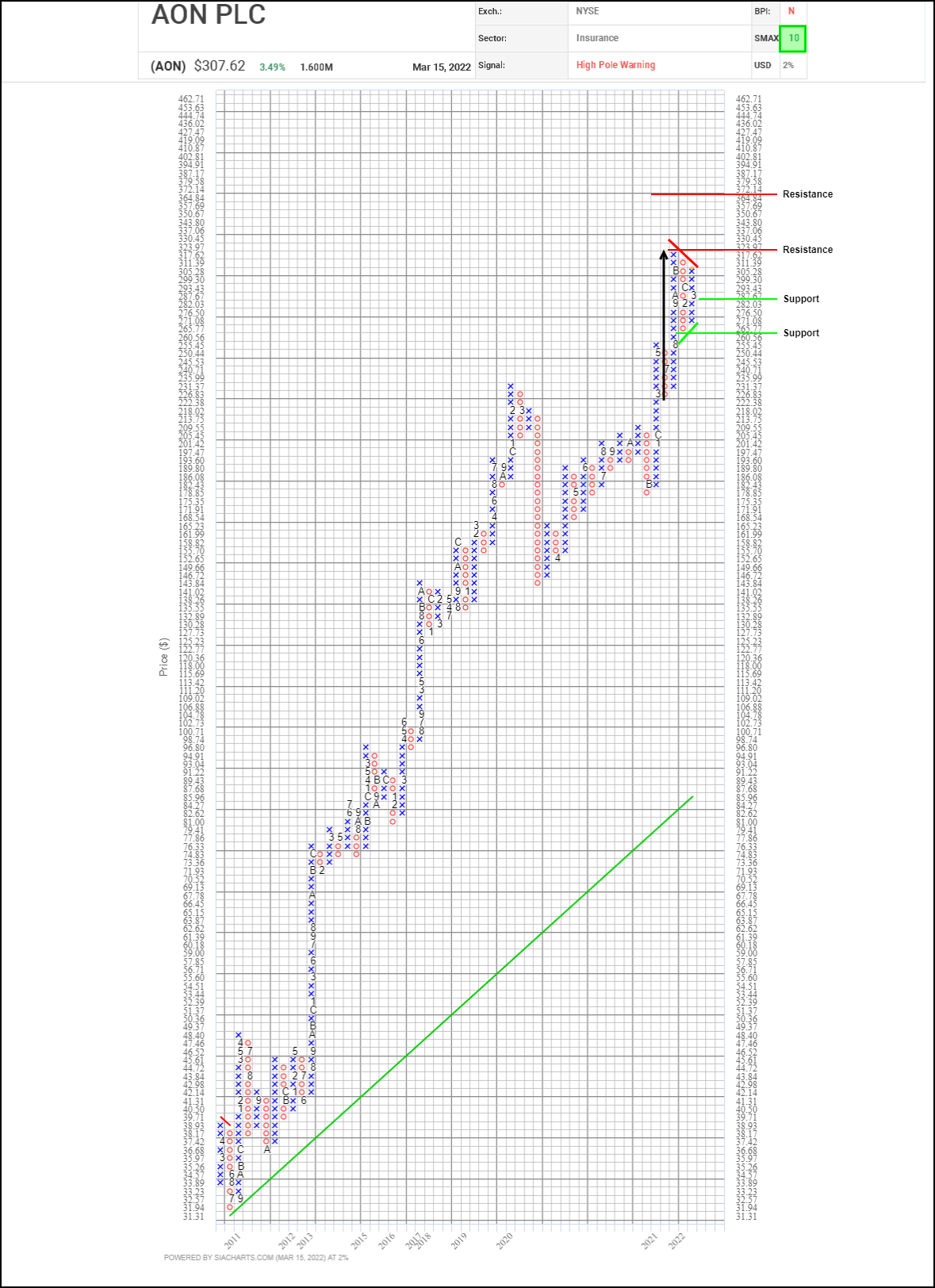