Arista Networks (ANET) a producer of switches and other hardware for data centers, continues to trend upward within the SIA S&P 500 Index Report, recently establishing another higher low and remaining within the Green Favored Zone. Yesterday, the shares finished in 41st place, up 11 positions on the day and up 21 spots in the last month.

A classic upturn is underway in Arista Networks (ANET) shares. After gapping up in November, the shares peaked in December and then fell back in a correction through January which bottomed out in February when another breakdown was quickly rejected. It turns out that was the head of a reverse Head and Shoulders base that started forming in late January.

In the last few days, since the completion of the right shoulder, the shares have come under renewed accumulation, climbing on increased volumes. A series of bullish breakouts has unfolded, retaking the 50-day average, snapping a downtrend line and yesterday, blasting through the neckline to complete the bullish Reverse Head and Shoulders base.

Initial upside resistance appears near $140.00, followed by the $148.00 to $150.00 zone where the December peak and a round number converge, then near $164.00 based on a measured move from the base. Initial support appears near $25.0 where a round number and two breakout points cluster. 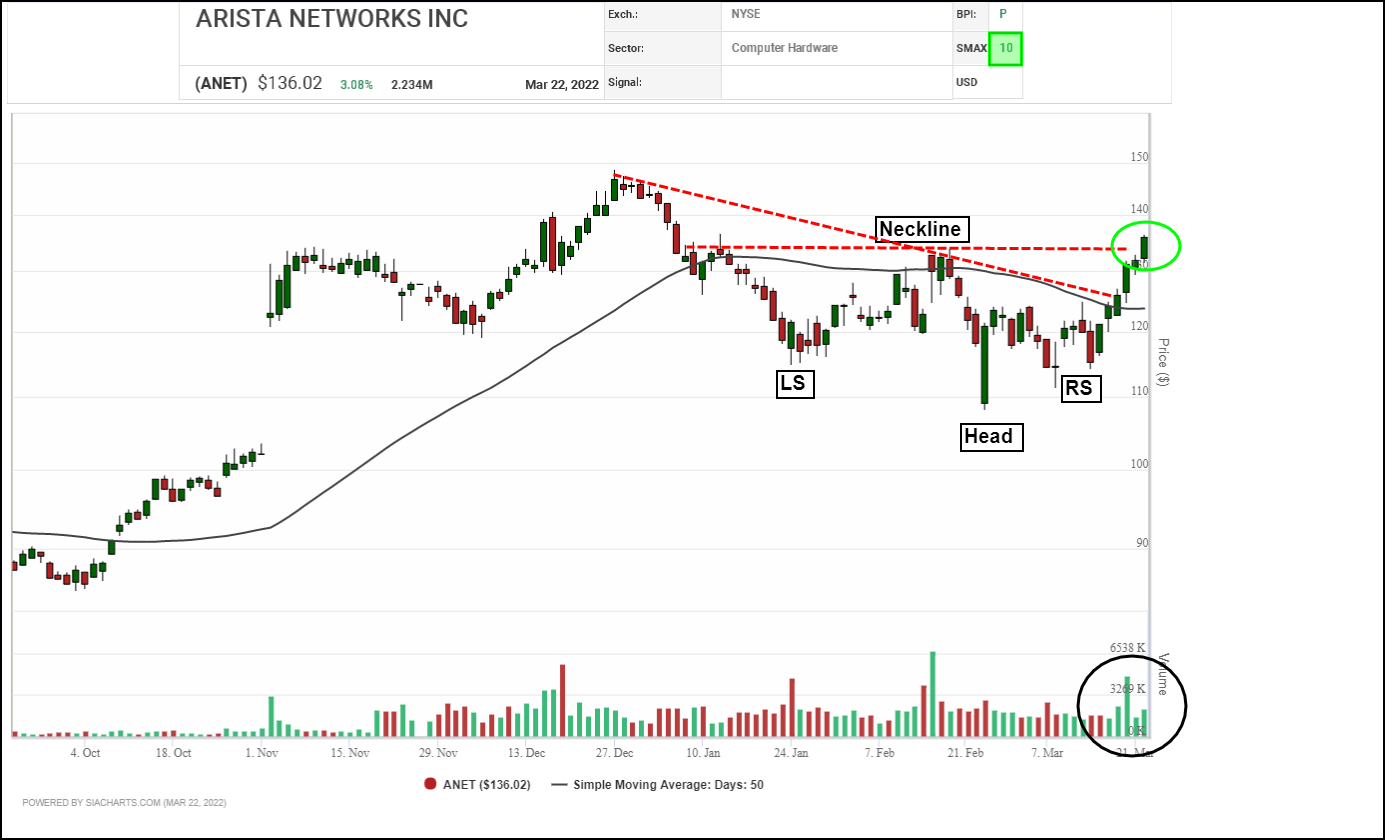 Earlier this month, a downswing in Arista Networks (ANET) shares bottomed out in a bullish Bear Trap reversal where the shares broke down into a spread double bottom by one row and then reversed strongly upward, a sign that selling pressure has been flushed out. Yesterday, the shares completed a bullish Double Top pattern, signaling that a new upswing has started.

With its bullish SMAX score increasing to a perfect 10, ANET is exhibiting strength across the asset classes. 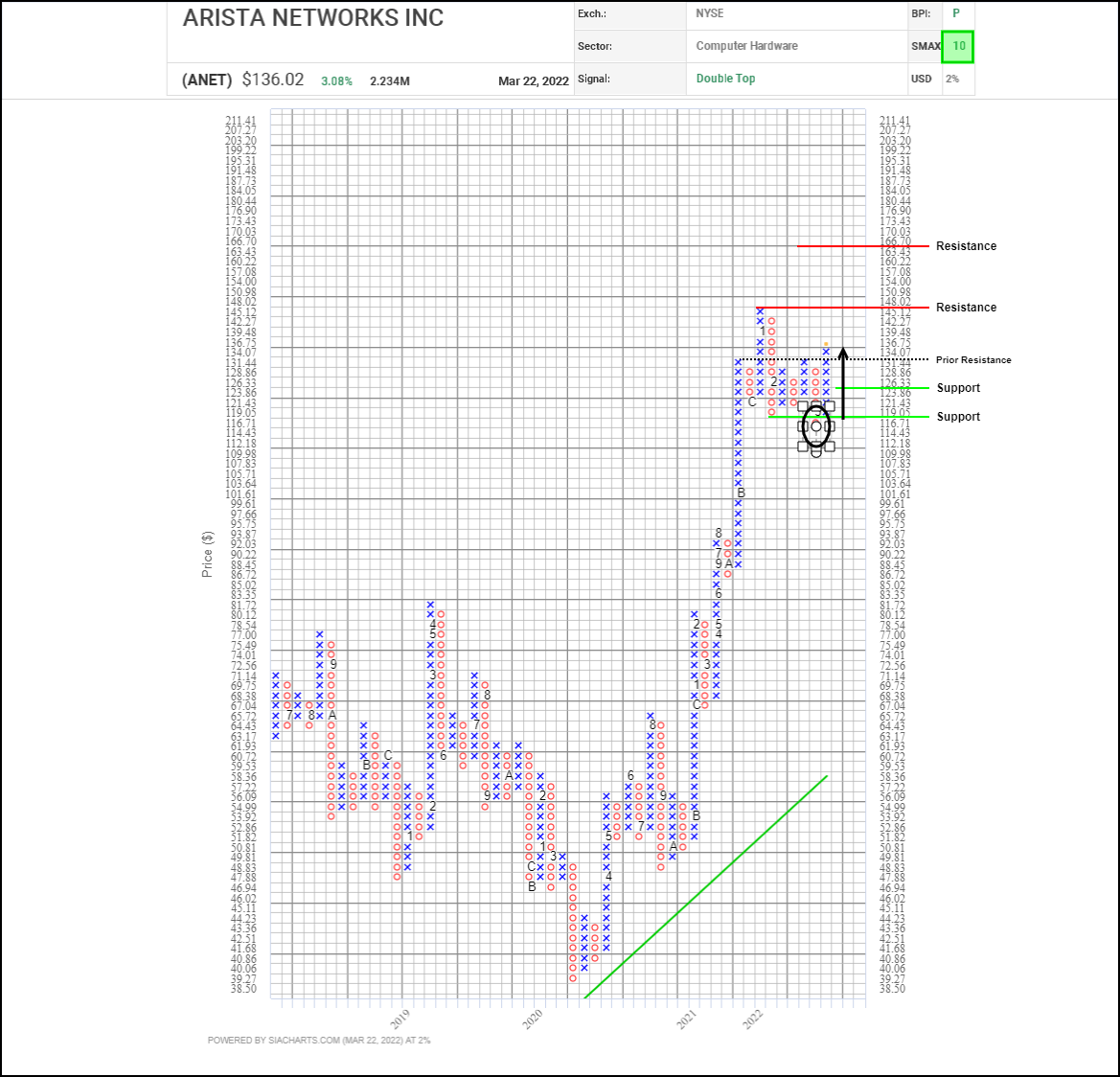