United Rentals (URI), a renter of construction and related equipment, continues a climb up the rankings in the SIA S&P 500 Index Report which started in the red zone back in January. Yesterday, URI returned to the Green Favored Zone for the first time since December. In the last month, URI has moved up 131 spots to 111th place, including a gain of 18 positions yesterday.

This three-year chart highlights the importance of yesterday’s breakout by United Rentals (URI). Back in December, URI successfully retested support near $285 and since then, it has been clawing back lost ground. Two weeks ago, the shares broke out over their 50-day moving average and since then, accumulation has accelerated. Yesterday, URI broke out over $350, calling off a bearish head and shoulders top pattern that had been forming and confirming the start of a new upswing.

Initial upside resistance may potentially appear near the $400 round number, followed by $415 where a measured move from a recent trading range and the November peak converge. Initial support appears at the 50-day average near $320.

A three-month correction in United Rentals (URI) has ended and a new upswing has started based on recent trading action. Earlier this month, US successfully retested support above $292.50, establishing a base which it has since launched up off of. In the last few days, URI has completed bullish Double Top and Spread Double Top breakouts, and also has snapped a downtrend line, all combining to signal and confirm the start of a new advance.

With a bullish SMAX score of 9, URI is exhibiting strength against the asset classes. 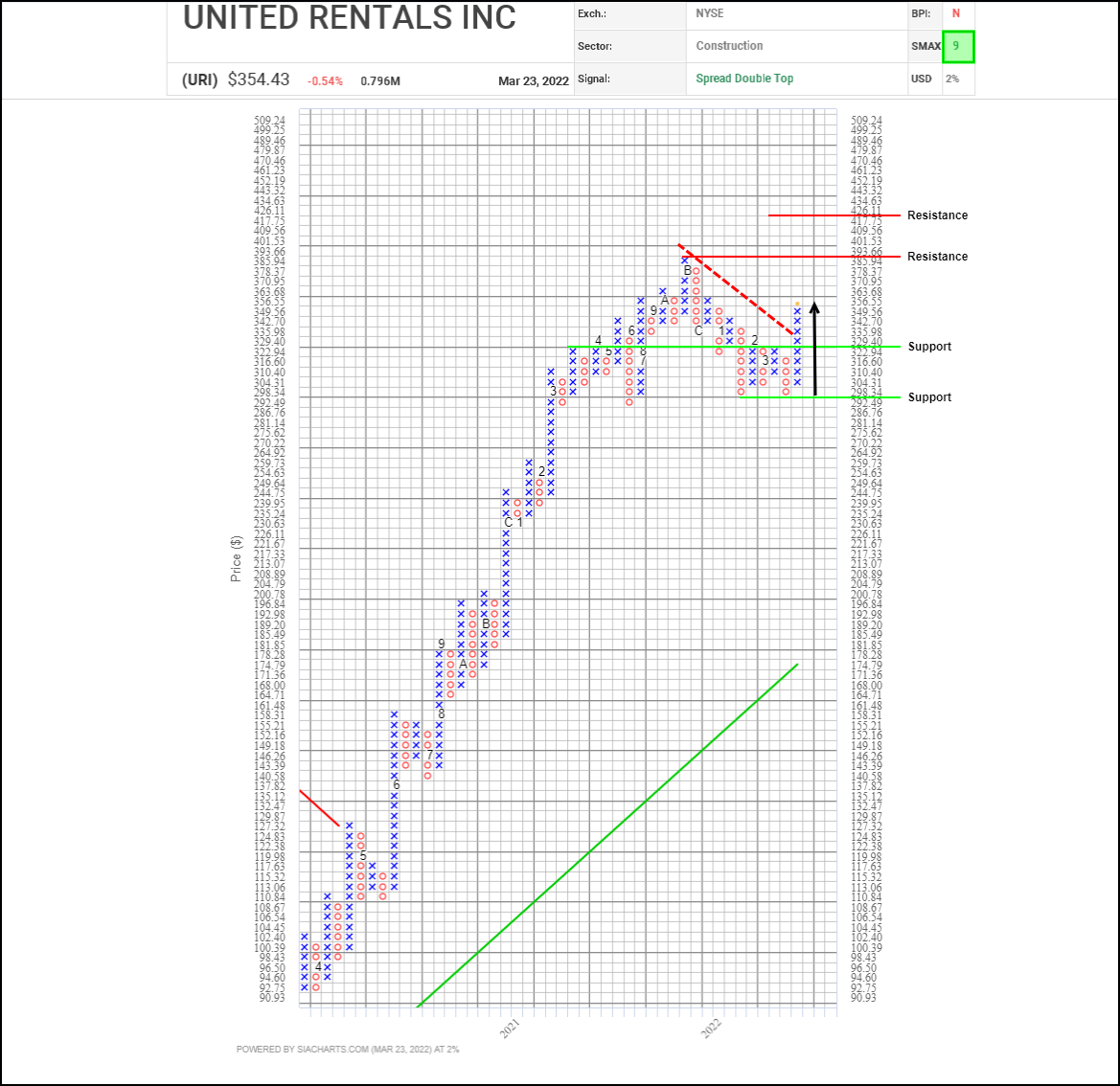