Monolithic Power Systems (MPWR), a producer of semiconductor chips for electronics power control applications, continues to work its way back upward in the rankings of the SIA S&P 500 Index Report. Climbing up from lows in the red zone last month and the yellow zone last week, MPLR recently returned to the Green Favored Zone and jumped 50 positions yesterday to 39th place.

A winter correction in Monolithic Power Systems (MPWR) appears to have run its course and its underlying uptrend appears to be resuming. The winter selloff bottomed out near $350, close to the center of a previous $300-$400 trading range and since then, the shares have been rebounding. First they snapped a downtrend line and this week, they broke out over $465 to complete a bullish Ascending Triangle pattern.

The move above $465 has also carried MPWR back into the upper half of a $350-$580 trading range which has emerged over the last few months. A breakout over the $500 round number would confirm the start of a new upswing which could potentially retest the November peak. Initial support appears near the $465 breakout point then $450. 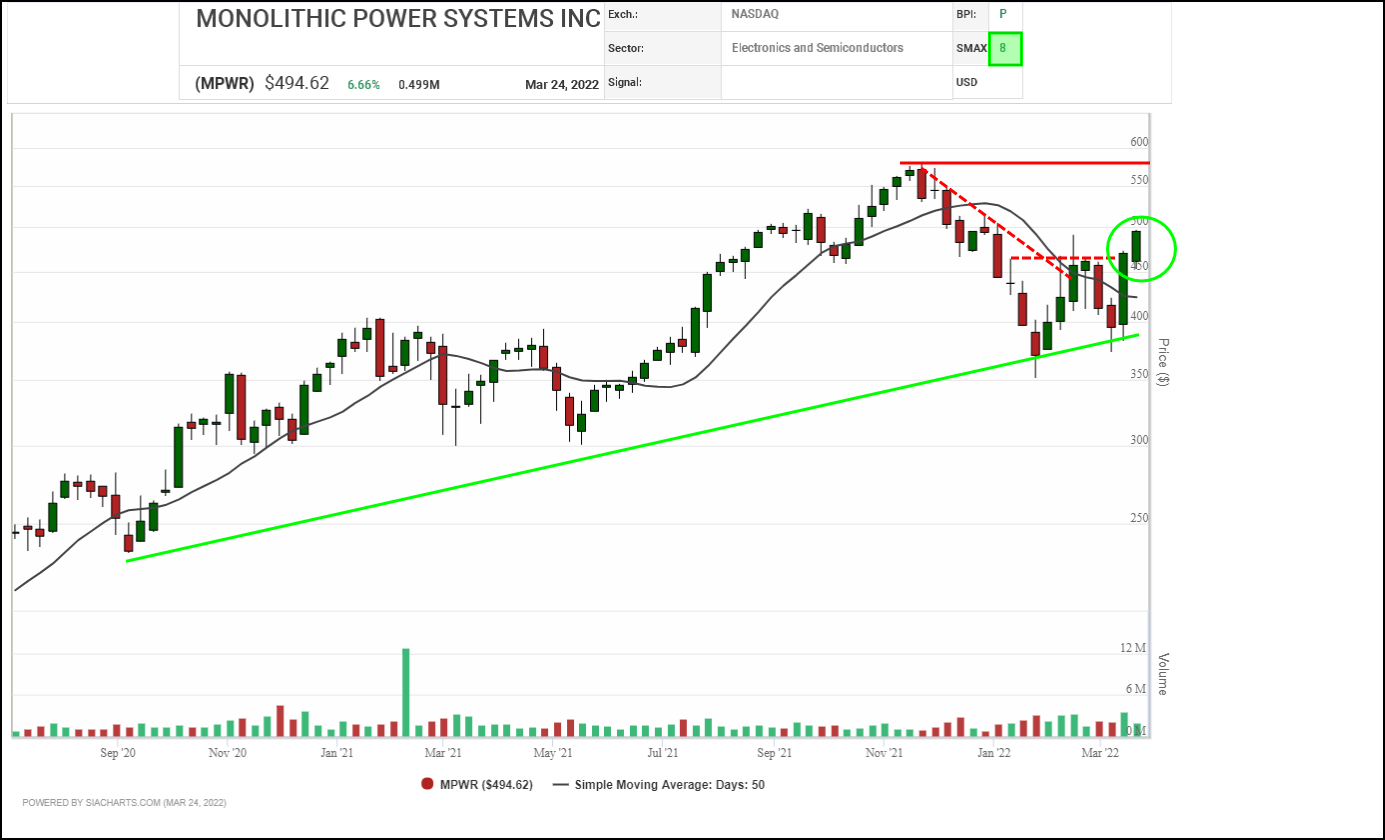 After peaking in November, Monolithic Power Systems (MPWR) dropped back into a previous trading range between $350.00 and $400.00 before finding support once again. Even through this large pullback, MPWR’s long-term trend of higher lows remained intact. In the last few days, signs have appeared indicating that this primary uptrend has resumed. The shares have completed a bullish Double Top and two Spread Double Top breakouts, snapped a downtrend line and advanced toward the $500.00 round number once again.

Based on a horizontal count, next potential upside resistance appears near $550.30 followed by the November peak near $584.00. Initial support appears near $451.50 based on a 3-box reversal.

With its bullish SMAX score increasing to 8, MPWR is exhibiting strength against the asset classes. 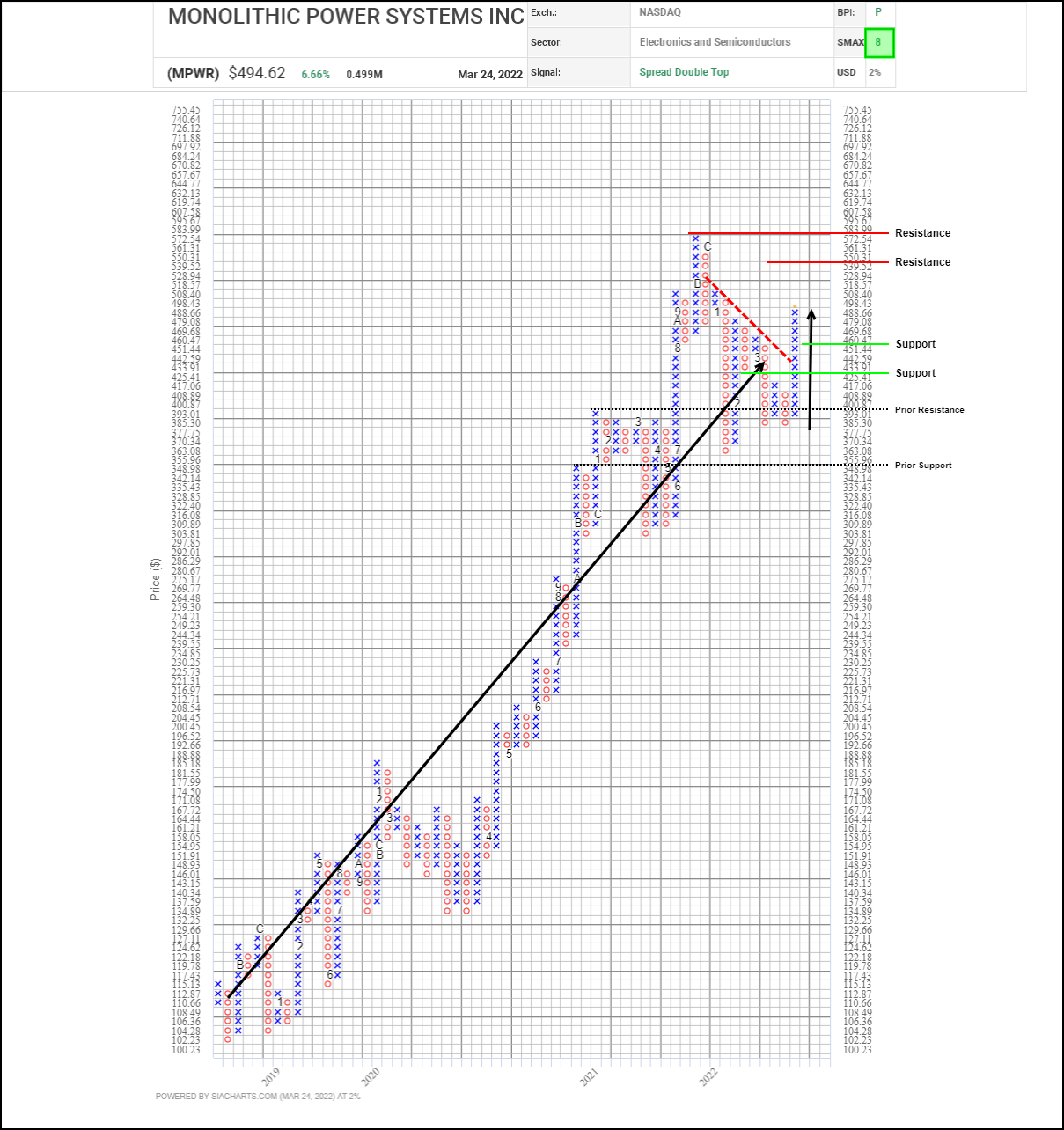