Dexcom (DXCM) a medical device company that produces glucose monitors for diabetes patients, has been climbing up the rankings in the SIA S&P 500 Index Report for the last month from deep in the red zone back up into the Green Favored Zone for the first time since November. Yesterday, DXCM finished in 113th place, up 28 spots on the day and up 242 positions in the last month.

Last month, a retreat in Dexcom (DXCM) shares bottomed out in a successful retest of uptrend support just below $400.00. Since then, the shares have embarked on a new upswing, taking out an older resistance level again breaking through their 50-day average and advancing back up toward $500.00.

Next potential resistance appears near $590.00 where the shares encountered headwinds previously, followed by the November peak near $660.00. Initial support appears near $435.00 then the 50-day average near $425.00. 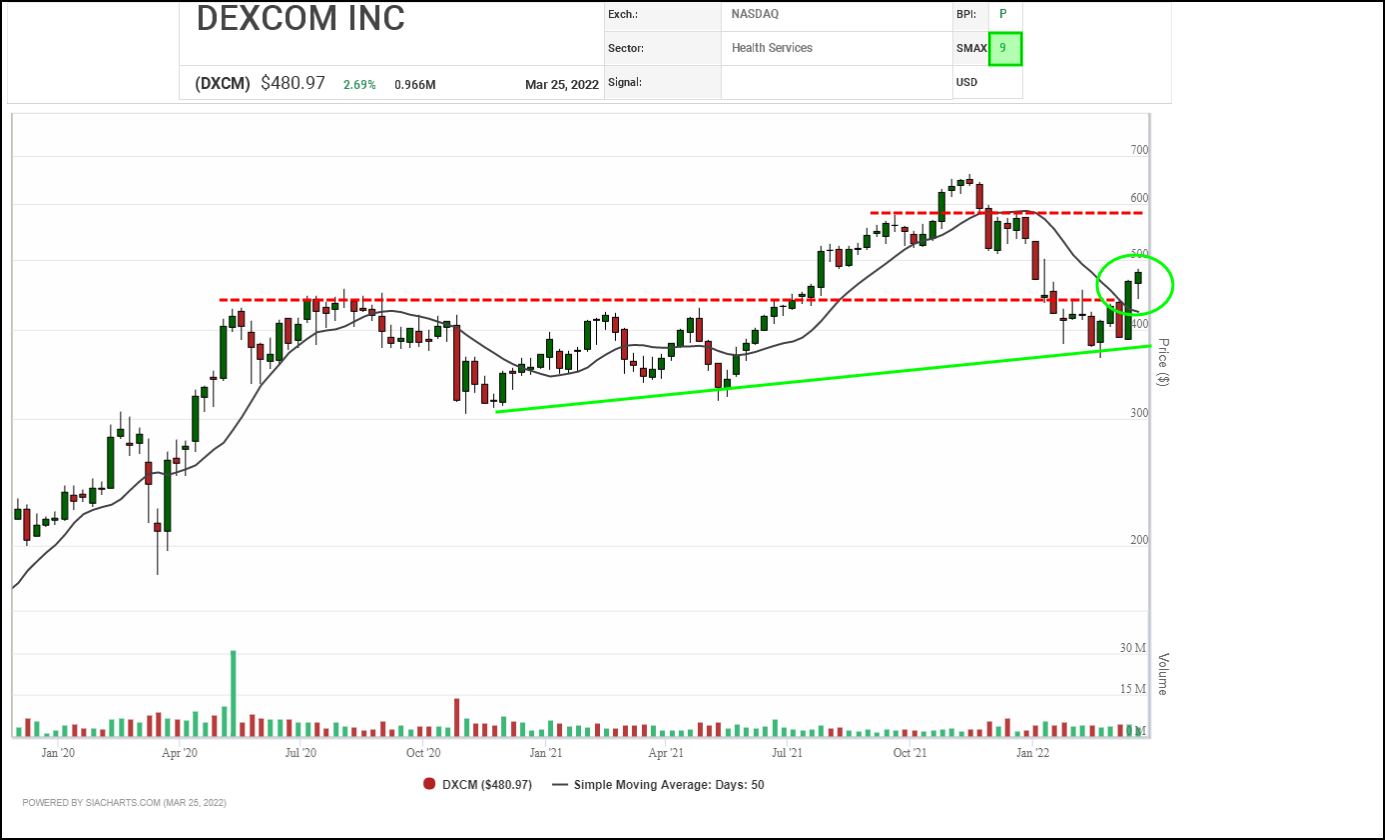 A winter selloff in Dexcom (DXCM) shares was finally contained within a previous trading range. The shares bottomed out in a bullish Bear Trap reversal where they broke down by 1 row then turned back upward and bounced off of a previous column low. This month, the shares have turned back upward, with bullish Double Top and Spread Double Top breakouts signaling the start of a new upswing.

With its bullish SMAX score of 9, DCM is exhibiting strength against the asset classes. 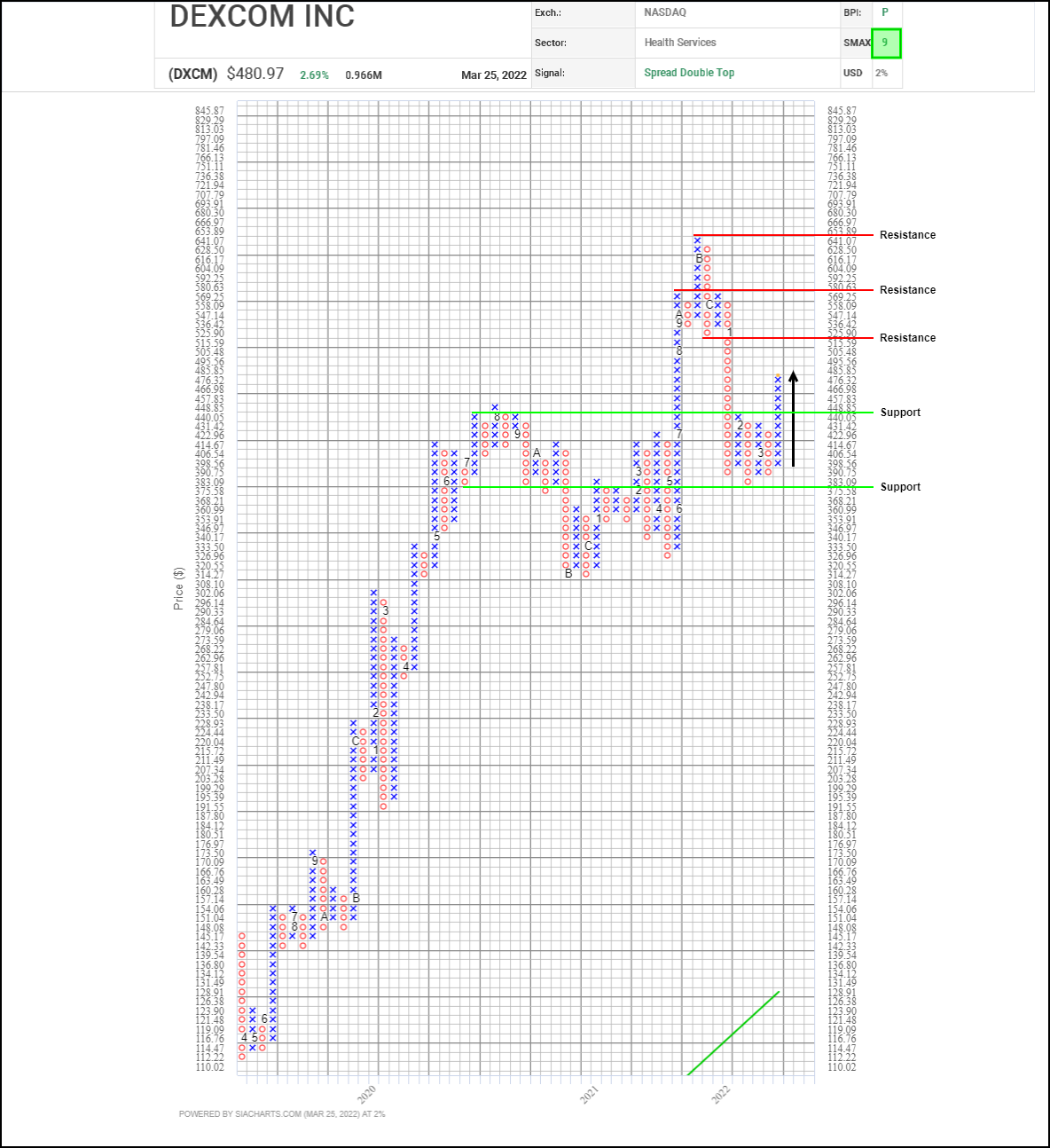