Although it has been hanging around the border between the Green Favored Zone and the yellow zone in the SIA S&P 500 Index Report for the last six weeks, Host Hotels & Resorts (HST) remains in a general upward trend of increasing relative strength that started last summer. Yesterday, HST climbed 6 positions to 122nd place.

A major breakout is underway in Host Hotels (HST) shares. For nearly a year, the shares were stuck in a sideways trading range between $15.00 and $18.50. Over that time an upward trend of higher lows emerged and last month, the shares staged a bullish Ascending Triangle breakout. Although that move faltered, the shares settled into a higher $16.50 to $19.50 trading range, and yesterday HST broke out to another new high.

A close above $20.00 would confirm the start of a new advance. Should that occur, measured moves from the recent trading ranges suggest potential upside resistance near $21.50 and then $22.50 on trend. Initial support appears near $19.00.

Last month, Host Hotels (HST) staged a rare and bullish Spread Quadruple Top breakout, signaling the end of a nearly year-long period of consolidation and the start of a new advance. In the ensuing correction, the shares bottomed out at another higher low, keeping its uptrend intact. More recently, the shares have been climbing once again and have confirmed the start of a new upleg by breaking out to a new high and completing a bullish Double Top pattern.

With a bullish SMAX score of 8, HST is exhibiting strength against the asset classes. 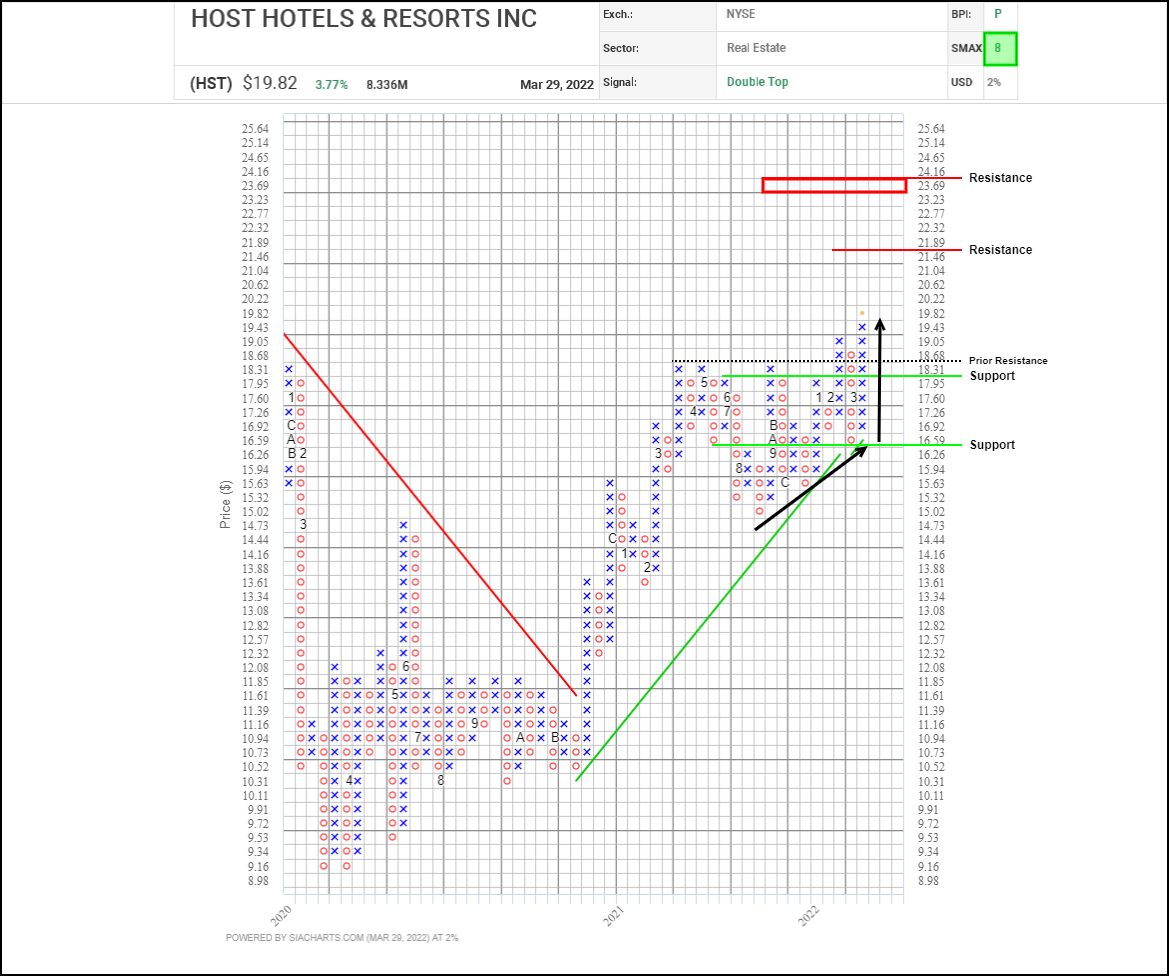