Over the last few days, Tesla Motors (TSLA) has soared back up the rankings in the SIA S&P 100 Index Report, climbing up from deep in the red zone, blasting through the yellow zone and returning to the Green Favored Zone for the first time since November. Yesterday TSLA jumped another 12 positions to 25th place and it is up 73 spots in the last month.

Last month, a three-month downtrend in Tesla Motors (TSLA) shares bottomed out with a successful retest of a previous breakout point near the $700 round number. Since then, the shares have been bouncing back and this rebound appears to be accelerating.

Based on a cluster of round number, a measured move and the November peak, initial upside resistance may appear in the $1,200 to $1,250 zone, followed on trend by the $1,500 round number. Initial support appears between the $1,000 round number and the bottom of the recent gap near $1,025.

Earlier this month, Tesla Motors (TSLA) successfully retested support near $760.00 and then used that level as a launchpad for a big recovery rally. In the last few days, TSLA has soared back up above $1,000 completing a bullish Double Top and two Spread Double Top patterns along the way and creating a bullish High Pole.

With a bullish SMAX score of 6, TSLA is exhibiting strength against the asset classes. 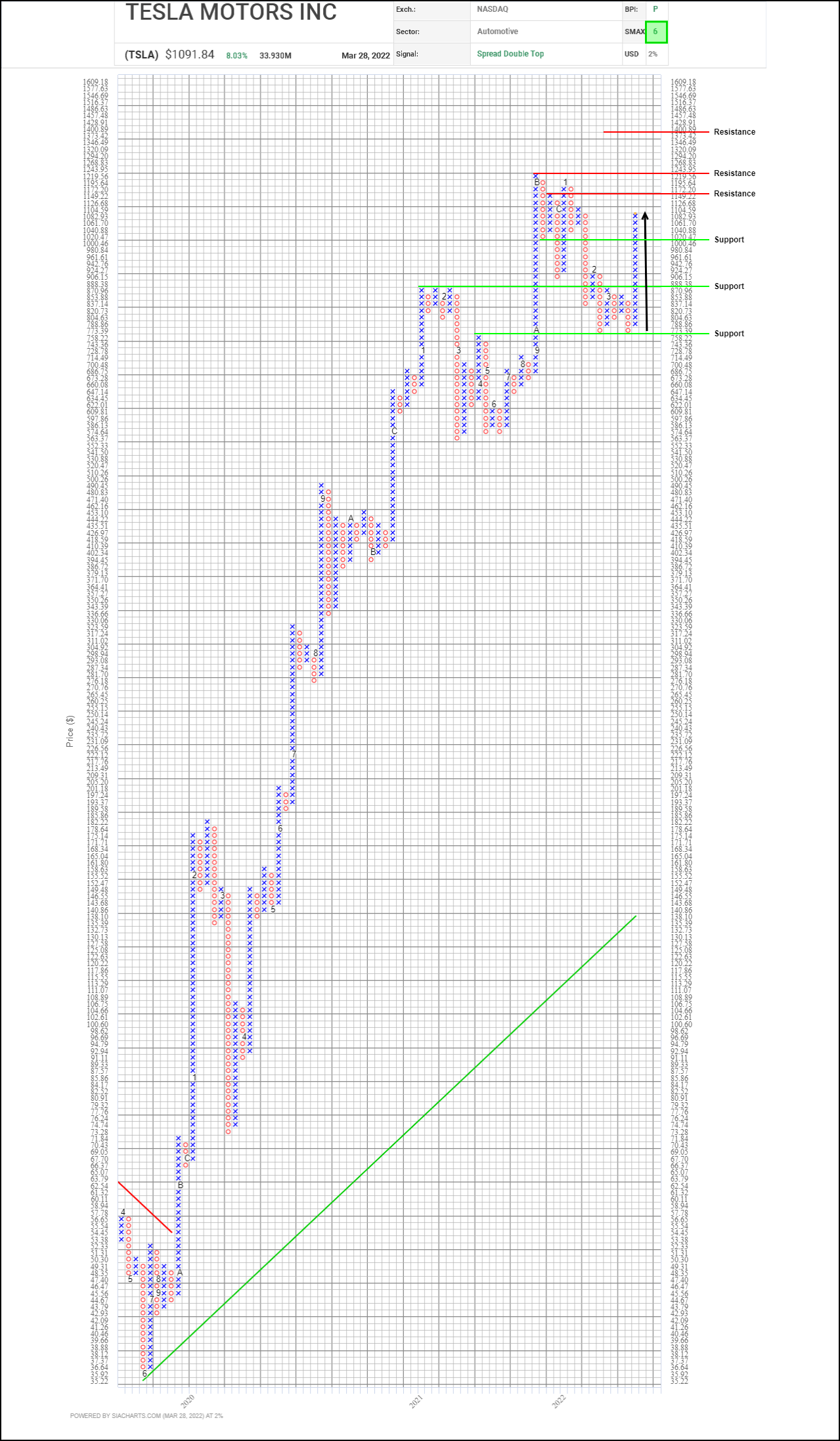