Energy producer Peyto Exploration (PEY.TO) returned to the Green Favored Zone of the SIA S&P/TSX Composite Index Report in January and has continued to climb up the relative strength rankings. On Friday, it finished in 5th place, up 9 positions on the day and up 20 spots in the last month.

This five-year chart highlights the strength of the current recovery trend in Peyto Exploration (PEY.TO) shares. In March of 2020, a long-term downtrend for PEY.TO finally bottomed out and the shares spent the rest of that year base building. In early 2021, Peyto broke out of an Ascending Triangle base and hasn’t looked back since, spending the last year steadily climbing in a Rising Channel of higher highs and higher lows. Last week the shares broke out over $12.00 to their highest level since 2017, confirming that accumulation continues.

Initial resistance may appear near $14.00 based on a measured move from a recent trading range then the $15.00 round number and a measured $16.20 on trend. Initial support appears near the $11.80 breakout point. 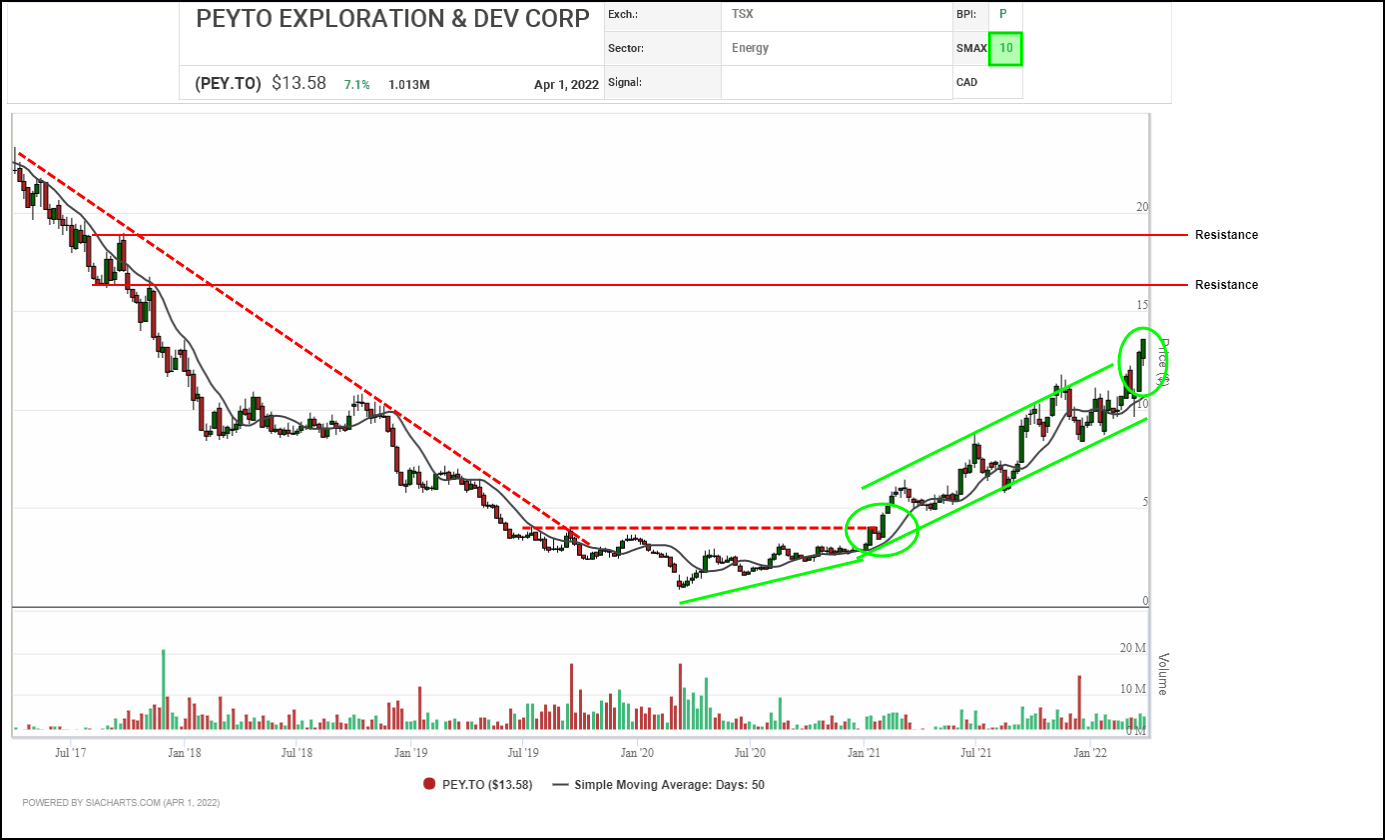 Between October and February, Peyto Exploration (PEY.TO) consolidated previous gains in a symmetrical triangle of higher lows and lower highs. In recent weeks, accumulation has accelerated with the shares breaking out of the triangle in February, breaking out to a new 52-week high in March and building then extending a bullish High Pole into April. Along the way, the shares have completed several bullish Double Top and Spread Double Top breakouts.

A horizontal count suggests some resistance may appear near $13.95 but the main zone of potential resistance appears in the $15.00 to $15.40 range where a round number and several vertical/horizontal counts cluster. Initial support appears near $12.40 based on a 3-box reversal.

With a perfect SMAX score of 10, PEY.TO is exhibiting strength across the asset classes. 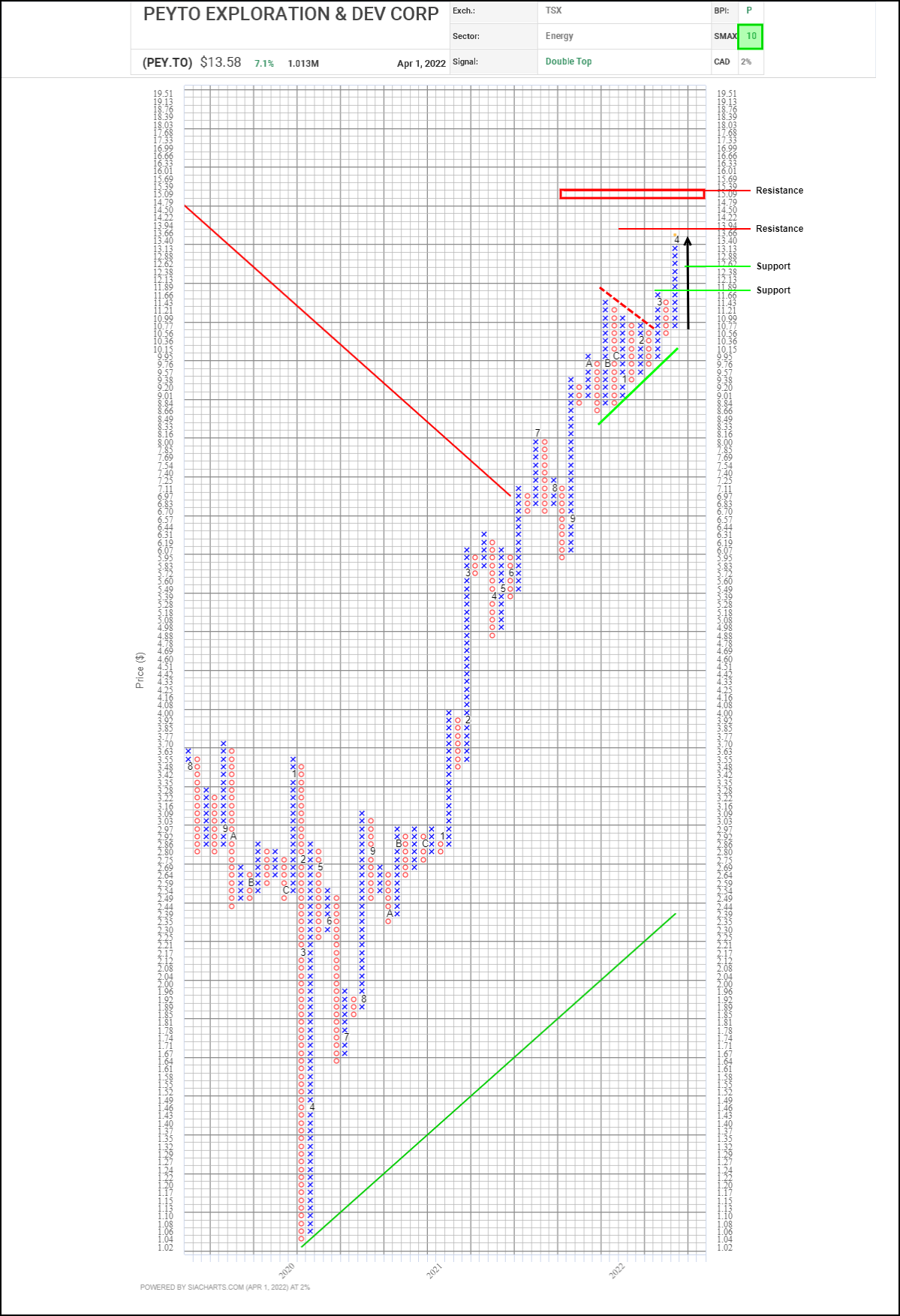