Clothing retailer Aritzia (ATZ.TO) is on the comeback trail. After spending eight months near the top of the green zone in the SIA S&P/TSX Composite Index Report, Aritzia dove down into the red zone briefly early last month. In recent weeks, its relative strength has been improving and Aritzia has clawed its way back to the top of the Yellow Neutral Zone. The shares finished March in 60th position, one spot outside of the green zone, up 8 places on the day and up 58 spots over the month.

Last month, a breakdown and selloff in Aritzia (ATZ.TO) shares was contained by previous support near the $40.00 round number. Since then, the shares have been bouncing back. A breakout over $50.00 on Wednesday completed a small Reverse Head and Shoulders base signalling the start of a new upswing.

The shares still face a number of potential resistance hurdles on their road to recovery including the 50-day average near $51.60, a downtrend line near $55.00 and then $60.00 where a round number, measured move and the previous peak all converge. Initial support appears near $46.50 the most recent shoulder low. 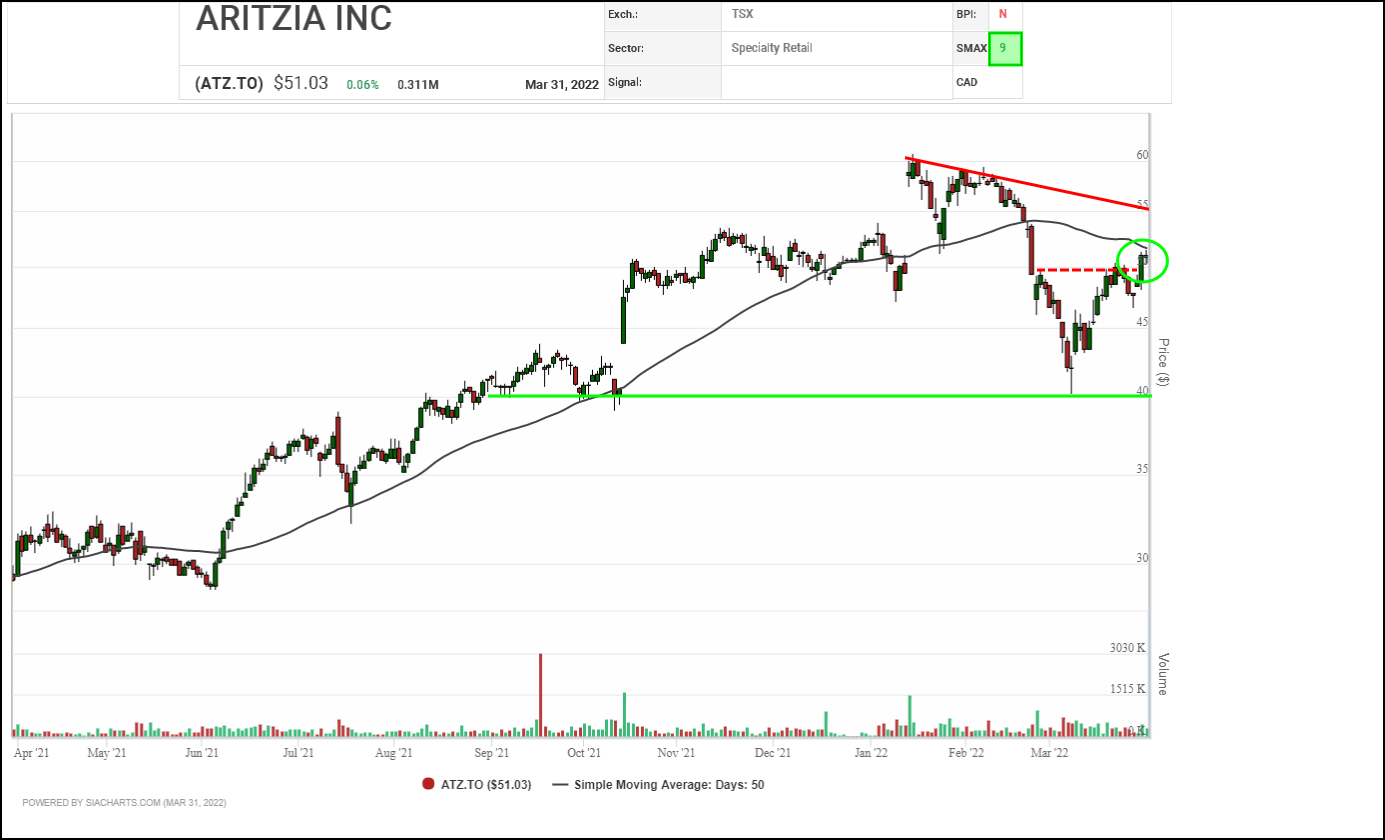 After peaking in January, Aritzia (ATZ.TO) shares dropped back in February and March but have recently started to rebound. The shares bottomed out at a higher low near $41.50 and have already clawed back more than half of their previous O column, triggering a bullish Low Pole Warning signal.

Initial resistance tests appear at previous column highs near $53.70 and then $60.45, just above the $60.00 round number. It would take a breakout over the second resistance to confirm that the longer-term uptrend has resumed. Initial support appears near $46.70 based on a 3-box reversal.

With a bullish SMAX score of 9, ATZ.TO is exhibiting strength against the asset classes. 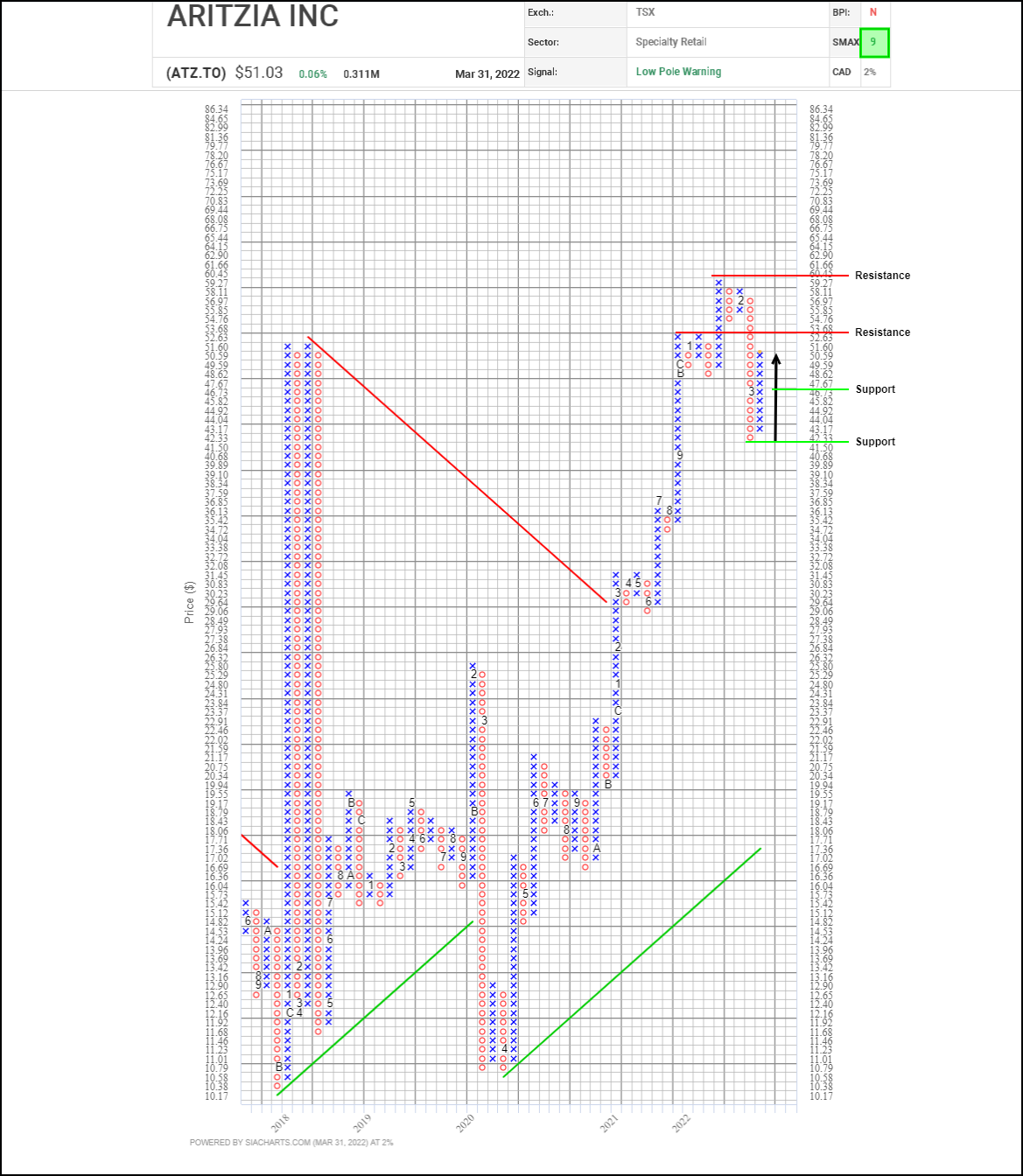