Internet advertising agency AcuityADS Holdings (AT.TO) spent nearly all of the last year in the doldrums, stuck deep in the red zone of the SIA S&P/TSX Composite Index Report. In the last couple of weeks, it has caught fire and rocketed up toward the top of the Yellow Neutral Zone. Yesterday it finished in 62nd place, 2 spots outside of the green zone after jumping 13 places on the day and 158 positions in the last month.

A new recovery trend appears to be getting underway in AcuityADS (AT.TO) shares. AT.TO spent 2021 under distribution but appears to have bottomed out last month in what looks like a final washout below $3.00 after a couple of months of consolidation. In recent weeks, the shares have come under renewed accumulation, first completing a bullish Reverse Head and Shoulders base (circled) and then a bullish Ascending Triangle with a breakout over $4.00.

Initial upside resistance appears in the $5.00 to $5.25 zone where a round number, a measured move and a long-term downtrend line all converge. Initial uptrend support appears near $3.80.

AcuityADS Holdings (AT.TO) spent the last year under distribution but has started to turn back upward. In recent weeks, the shares have called off a previous double bottom and completed a series of bullish patterns, including a Double Top and two Spread Double Tops.

Previous column highs, which are near horizontal counts, suggest initial upside resistance tests appear possible near $4.62 or $5.10, followed by a long-term downtrend line near $5.75. Initial support appears near $3.79 based on a 3-box reversal.

With a bullish SMAX score of 9, AT.TO is exhibiting strength against the asset classes. 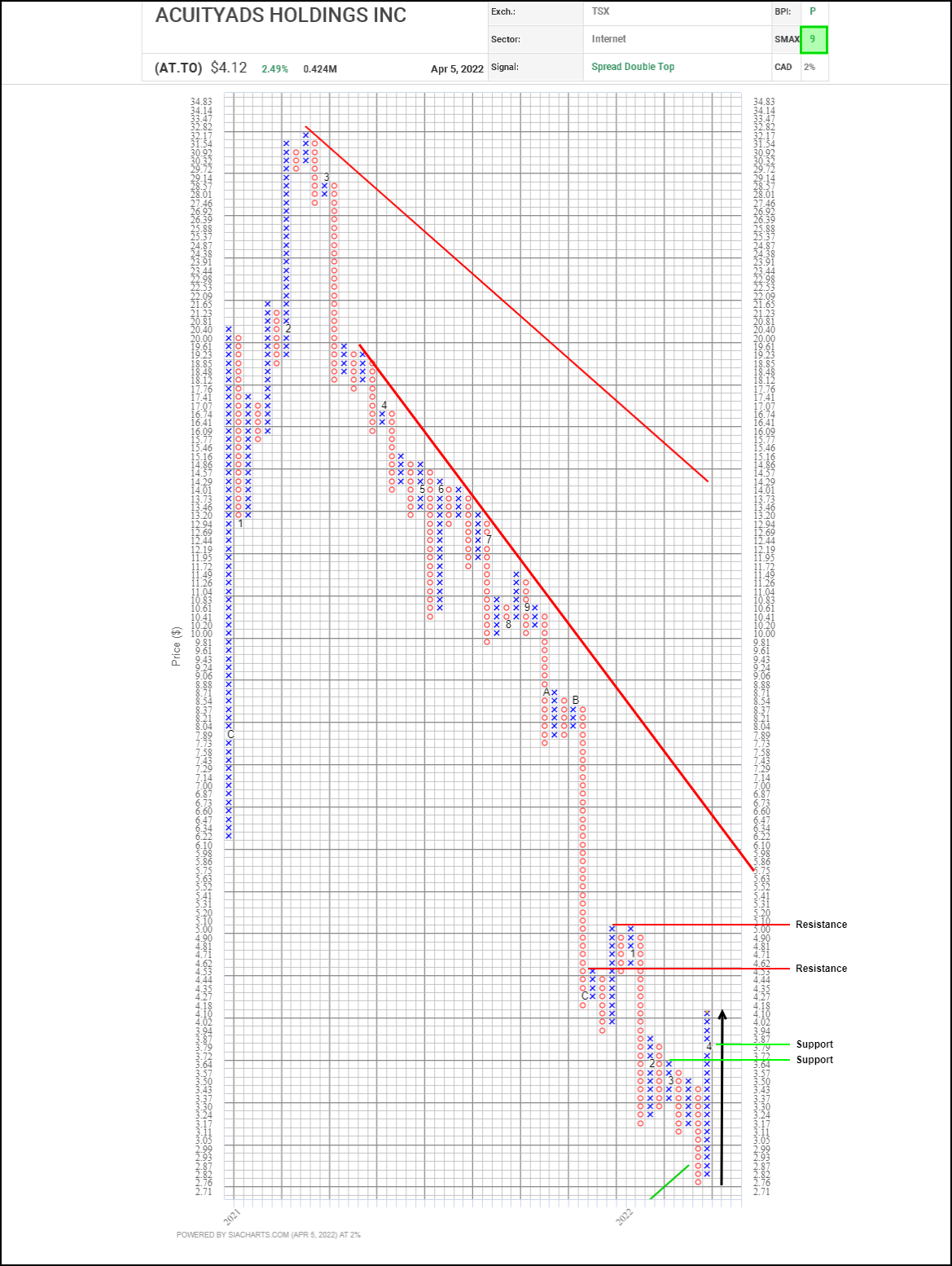