Transportation stocks, including railroad Union Pacific (UNP) have started to roll over in recent days and their relative performance has started to weaken. UNP for example had been trending upward in the SIA S&P 100 Index Report between October and March, an advance that carried it up from the red zone to the green zone. Yesterday, UNP fell out of the green zone and back into the Yellow Neutral Zone, indicating a deterioration of relative strength. It finished in 27th position, down 7 spots on the day and down 13 places in the last month.

Technical conditions for Union Pacific (UNP) have weakened dramatically over the last week. Since peaking near $275 a few days ago, UNP shares have been rapidly losing ground on a spike in volumes, a sign of increased selling pressure. The shares have broken down below their 50-day moving average and snapped an upward line with a downward breakaway gap that also took the shares back under $250. Potential downside support may appear at previous turning points near $236, $226 and $211 on trend. Initial resistance appears between the $250 round number, and the 50-day average near $255. 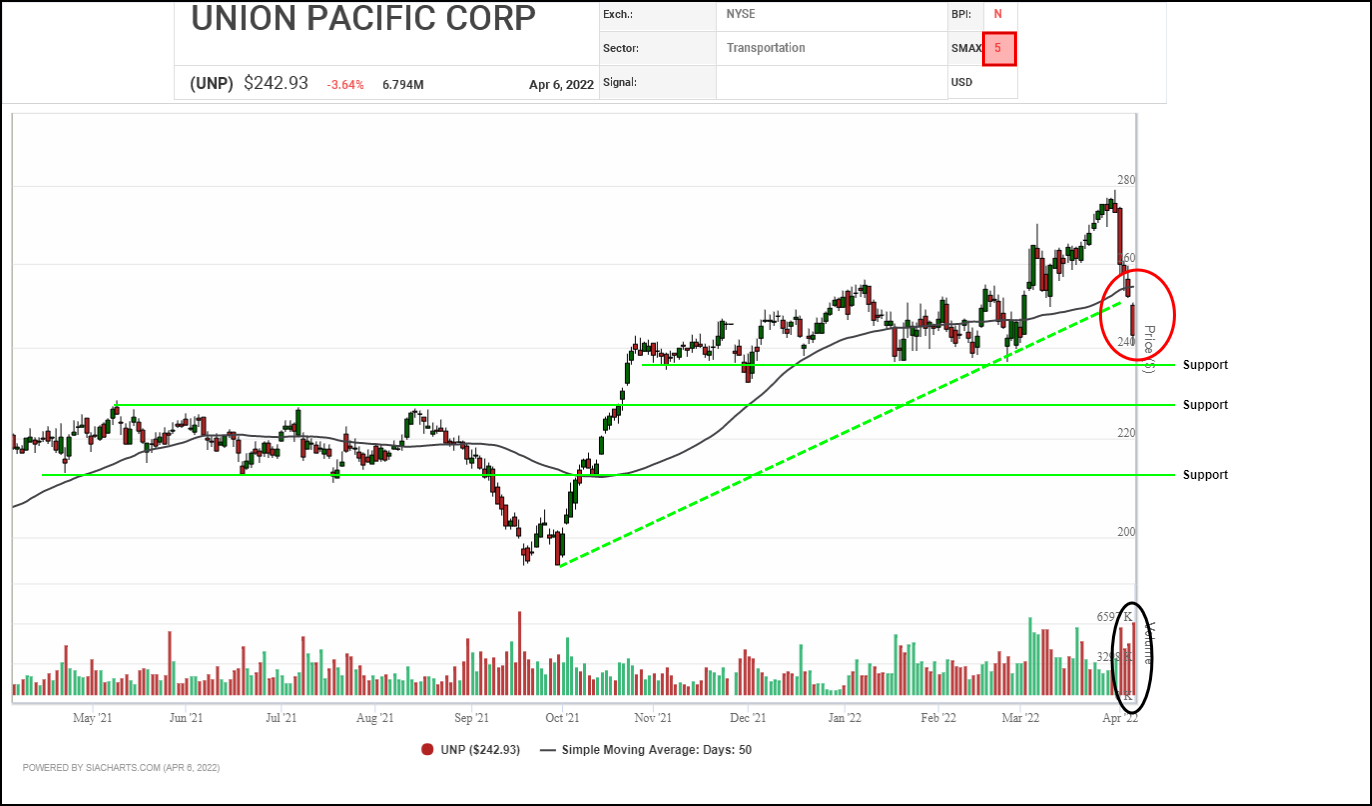 This 1% chart shows how Union Pacific (UNP) shares have stated what appears so far to be a potentially significnat correction within a long-term uptrend. Since June of 2020, the shares have been climbing in a rising channel of higher highs and higher lows. Last month, UNP rallied to another new high but since then, it has been backsliding.

So far in April, the shares have completed a bearish Double Bottom breakdown and snapped an intermediate uptrend line, signaling the start of a new downswing. Potential downside support tests appear near $230.00 based on a horizontal count, and then in the $223.00-$225.00 area where a round number, channel uptrend support line, and previous column highs cluster. Initial rebound resistance appears near $254.15 where a 3-box reversal and a retest of the recent breakdown point converge.

With its SMAX score falling to a bearish 5, UNP is exhibiting weakness against the asset classes. 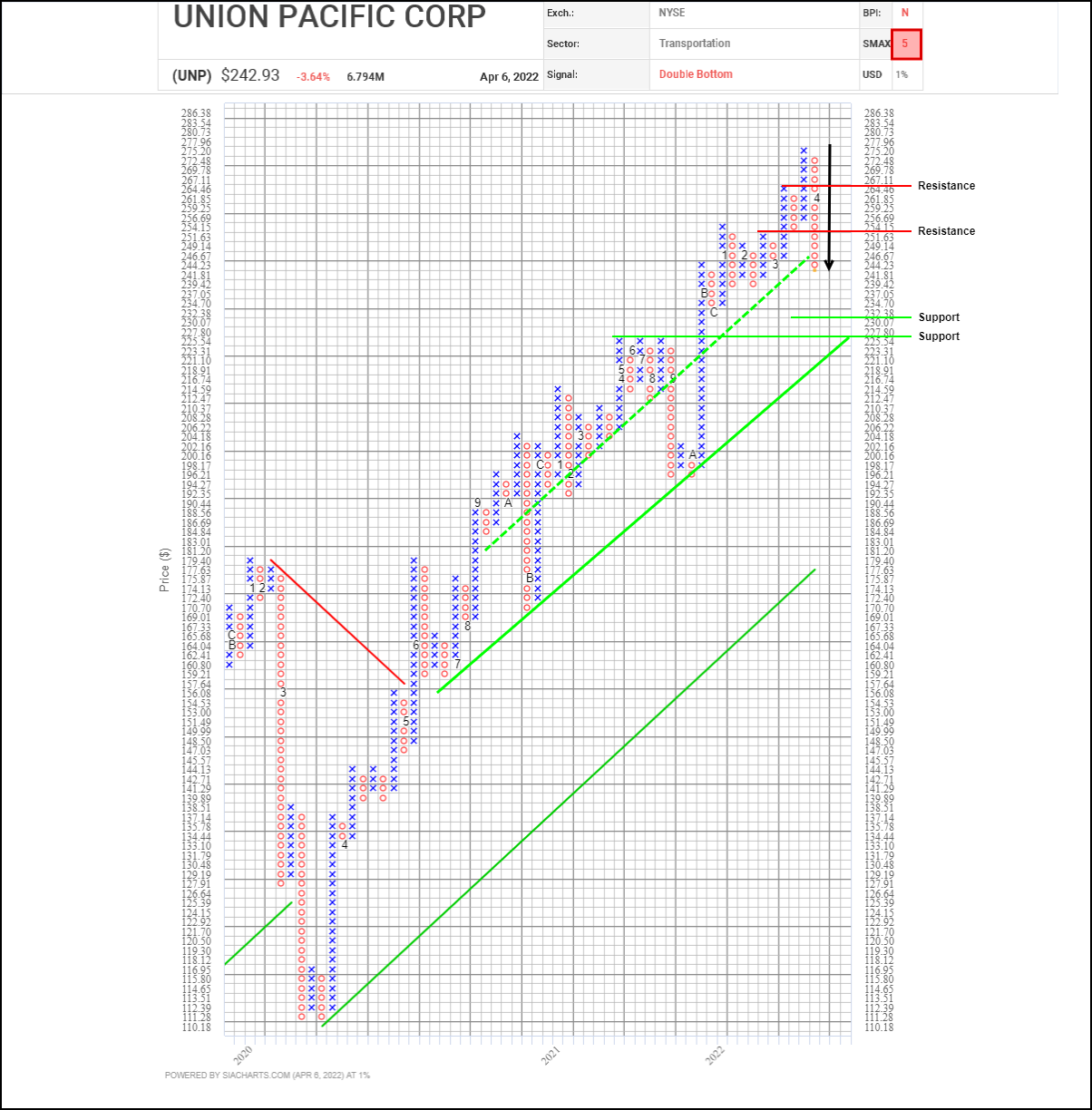