Sandstorm Gold (SSL.TO), a royalty company, has soared up the rankings in the SIA S&P/TSX Composite Index Report since the start of this year from deep in the red zone to the Green Favored Zone which it recently re-entered for the first time since the summer of 2020. Yesterday, Sandstorm finished in 46th place, up six spots on the day and up 11 positions in the last month.

Back in February, a downtrend in Sandstorm Gold (SSL.TO) shares was contained by multiple tests of support near $7.00, and since then the shares have been under renewed accumulation. Earlier this year, the shares broke through $9.00, snapping a downtrend line and rallied up toward $10.00. Following a brief pause for a rest, SSL.TO has launched into a new upleg. Yesterday, it broke out of a base clearing $11.00 to trade at its highest level since October of 2020. 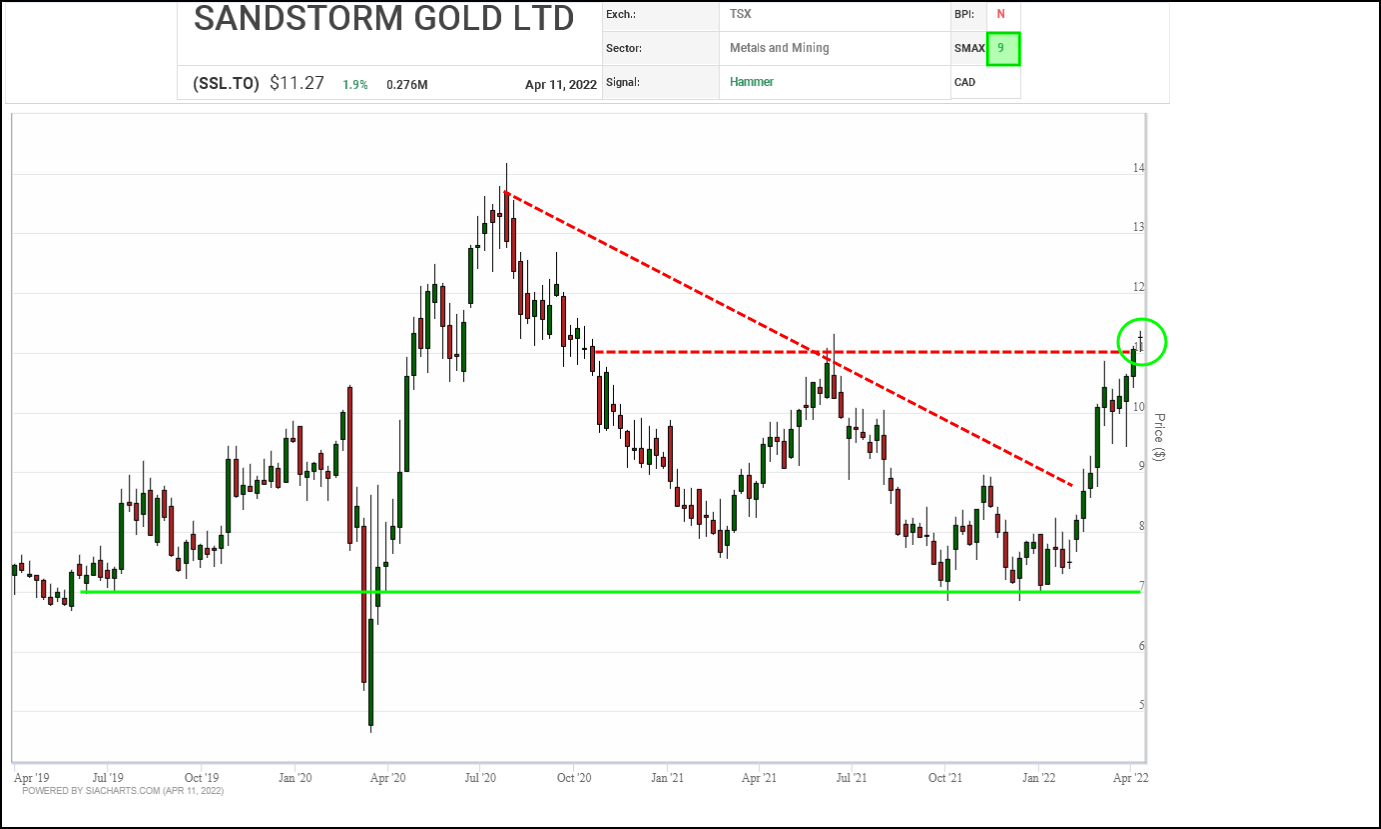 Sandstorm Gold (SSL.TO) has come under renewed accumulation in a big way since February. An initial bullish High Pole rally snapped a long-term downtrend. Following a short three-box correction, the shares have launched into a new High Pole and have cleared $11.00, their summer 2021 high, to trade at their highest level since October of 2020. A bullish Double Top breakout has signaled the start of a new upleg.

Initial upside resistance appears at a previous column high near $12.65, followed by $14.25 where a horizontal count and the shares 2020 peak converge. Initial support appears near $10.40 based on a 3-box reversal.

With a bullish SMAX score of 9, SSL.TO is exhibiting strength against the asset classes.