After spending six months stuck deep in the red zone, processed food producer Kraft Heinz (KHC) has climbed back up the rankings in the SIA S&P 100 Index Report toward the boundary between the yellow zone and the Green Favored Zone. Yesterday, it finished in 26th place.

Back in March of 2020, a long-term downtrend in Kraft Heinz (KHC) shares bottomed out and was snapped in the summer of 2020. Since then, the shares have remained under accumulation and have been forming a large bullish ascending triangle base of higher lows below $43.50 resistance where a breakout would confirm the start of a new uptrend. 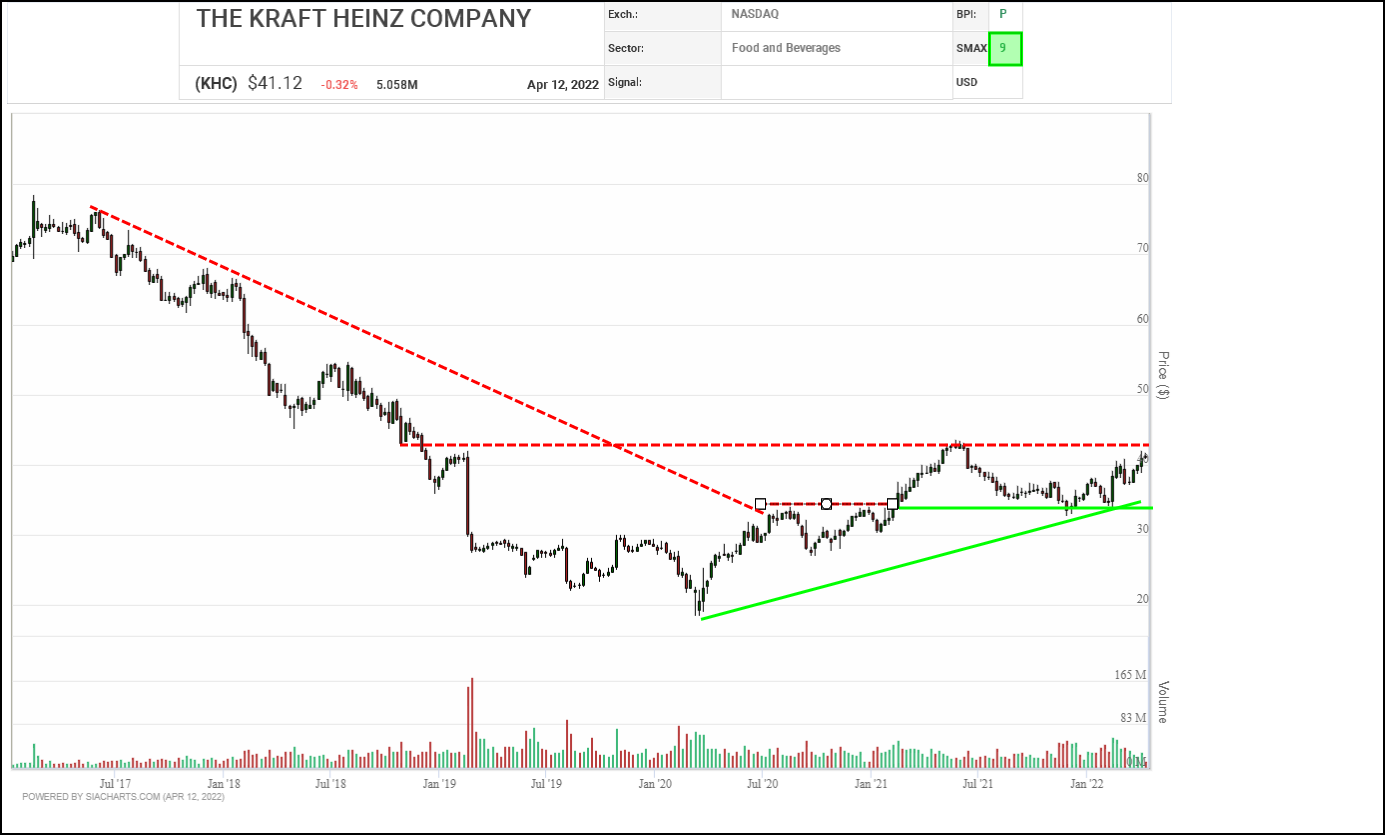 Kraft Heinz (KHC) has been under steady accumulation for the last eighteen months, steadily building an upward trend of higher lows and positive pattern completions. This month a correction quickly ended with only a 3-box reversal and the shares have launched into a new upleg with a bullish Double Top breakout.

Initial upside resistance appears at the June 2021 high near $43.35 where a breakout would confirm that the previous long-term downtrend has been broken, followed by $46.00, based on a previous support level. Additional resistance tests on trend appear near the $50.00 round number, then $55.00 and $59.50 based on horizontal and vertical counts.

With a bullish SMAX score of 9, KHC is exhibiting strength against the asset classes. 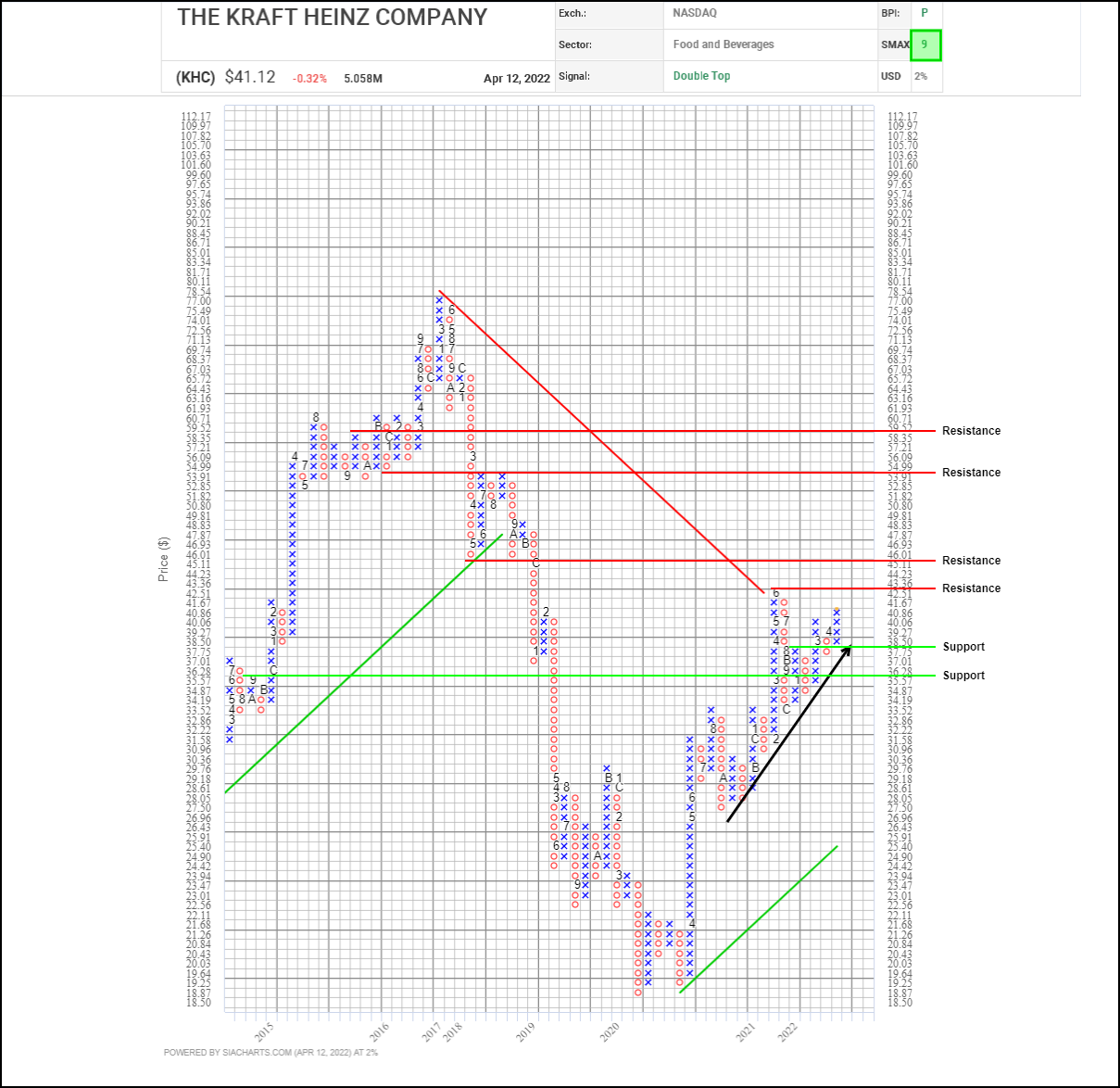