Continuing a steady climb back up the rankings in the SIA S&P 500 Index Report which started back deep in the red zone back in January, chemical producer Dow (DOW) has returned to the Green Favored Zone for the first time since last June. On Thursday, the shares finished in 125th position, up 10 spots on the day and up 38 places in the last month.

Back in December, a downtrend in Dow (DOW) shares bottomed out with a successful retest of support near $52.50. Since then, the shares have been steadily recovering in a Rising Channel of higher highs and higher lows. Dow snapped a downtrend line to signal the start of the current recovery trend and has staged a series of successful breakouts, the latest coming on Thursday when the shares blasted through $65.00 on a jump in volume, a sign of increasing investor interest. 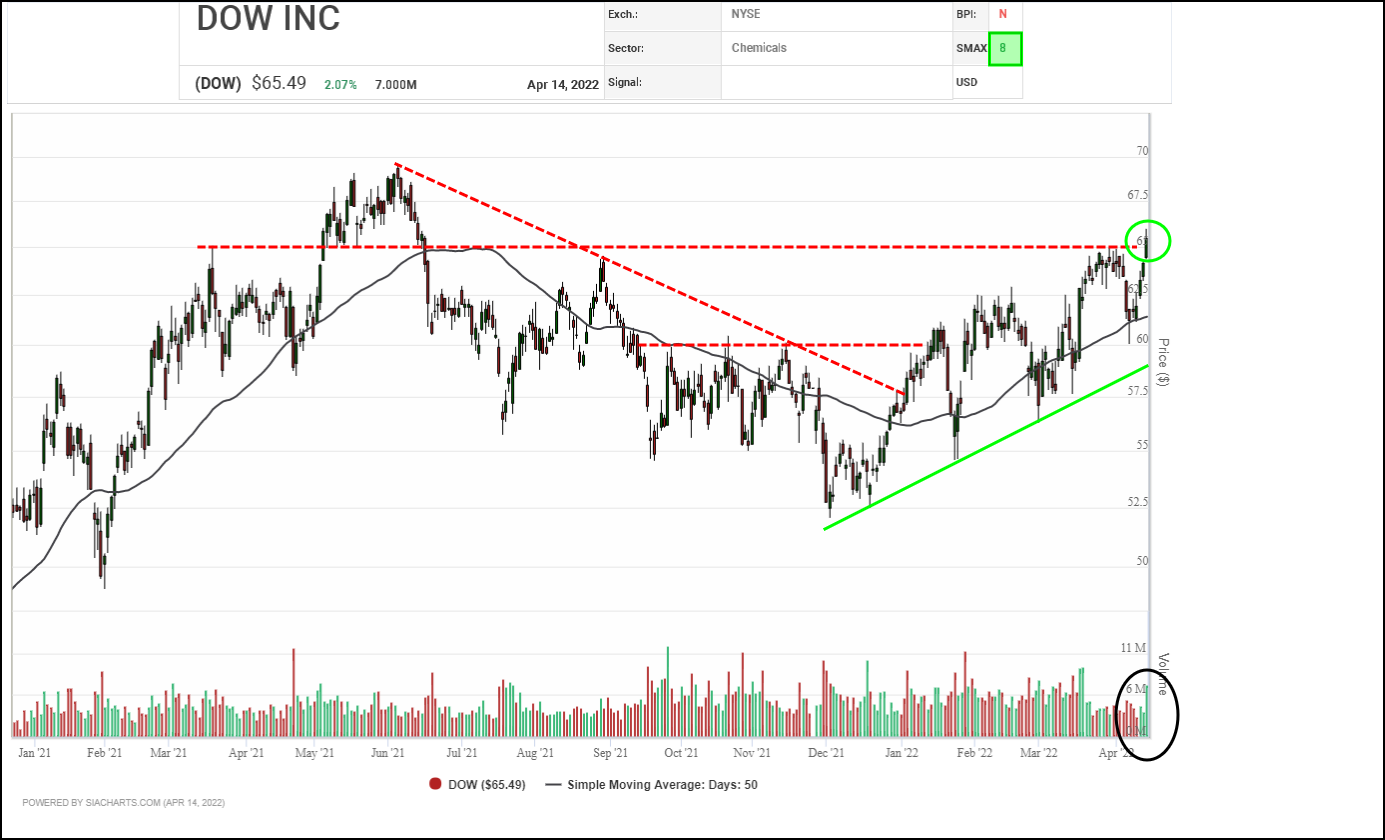 A six-month downswing in Dow (DOW) shares bottomed out last December and since then, the shares’ have been under renewed accumulation. The snapping of a downtrend line, two bullish Double Top breakouts and Friday’s Spread Double Top breakout all combine to indicate that DOW’s long-term uptrend has resumed.

Upside resistance may initially emerge at the previous peak near $69.80, followed by the $78.60 to $81.77 area where multiple vertical and horizontal counts and a round number cluster. Initial support appears near $59.55 based on a 3-box reversal.

With a bullish SMAX score of 8, DOW is exhibiting strength against the asset classes. 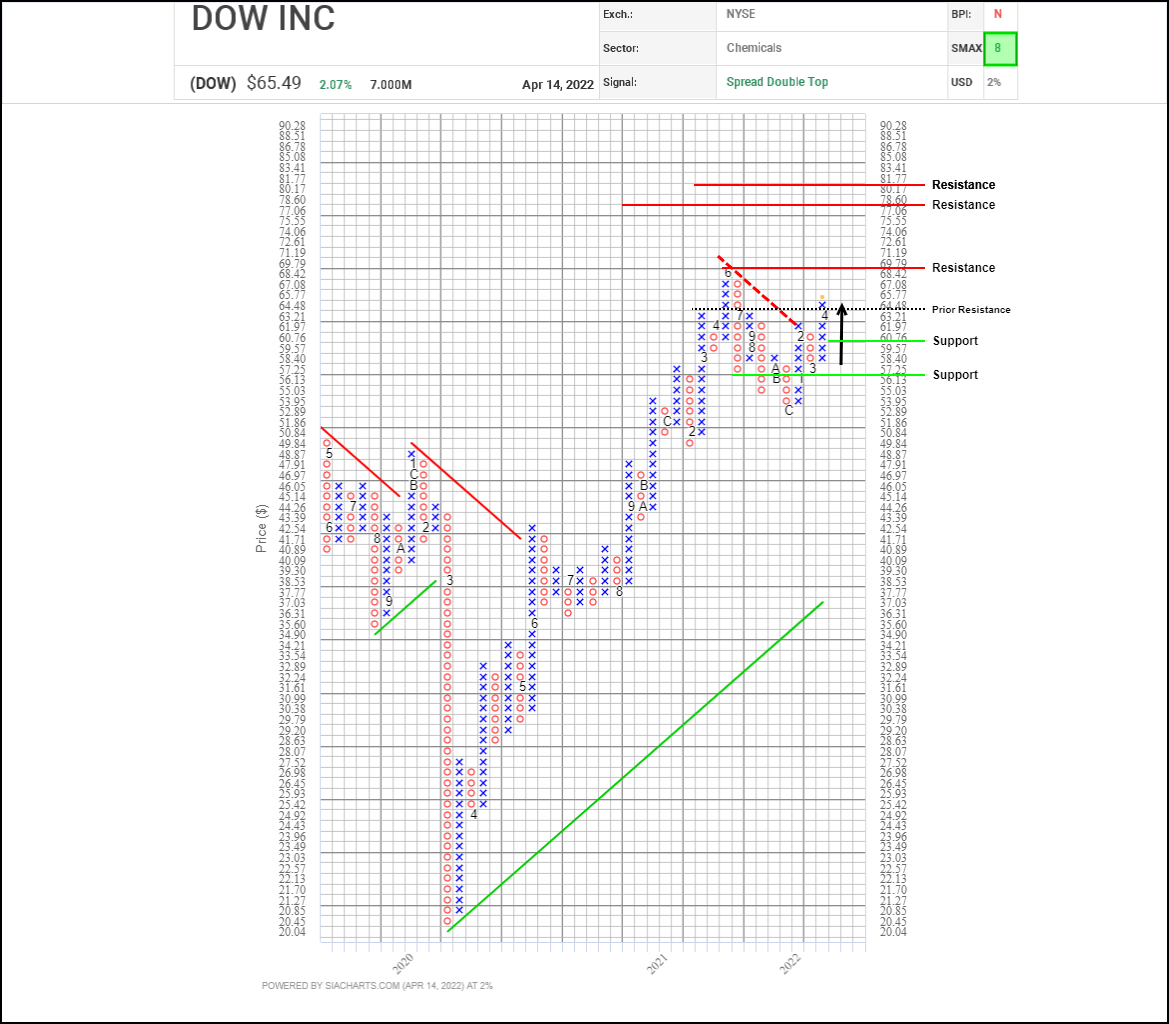