For the second time since plunging down the rankings in the SIA S&P/TSX Composite Index Report earlier this year, waste management company GFL Environmental (GFL.TO) is trying to make a comeback, climbing up out of the red zone into the Yellow Neutral Zone. Yesterday it jumped 34 positions to 112th place.

A major breakout is underway in GFL Environmental (GFL.TO). The shares had been under distribution since peaking last October, but in June support started to emerge, and since Mid-July, accumulation has resumed. Over the last six weeks, the shares have broken out of an initial base clearing $35.00 regaining their 50-day average and consolidating in a higher range. This week, accumulation has accelerated with the shares breaking out over $37.50 on a spike in volume to signal the start of a new upleg and increased investor interest. 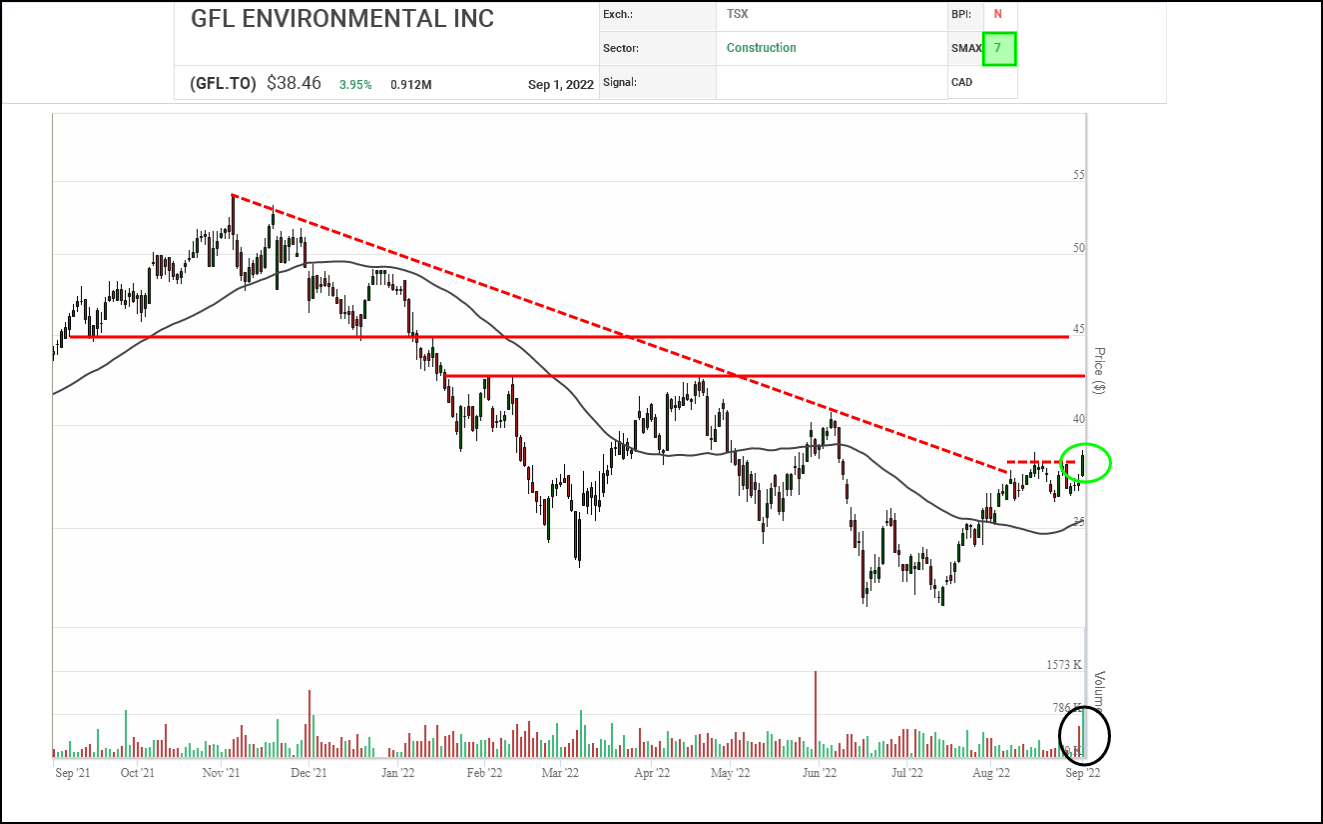 After spending the first half of this year under distribution, GFL Environmental (GFL.TO) stabilized mid-year. Since successfully retesting support and establishing a bottom near $31.85, the shares have been under renewed accumulation, completing a bullish Double Top breakout and launching into a bullish High Pole.

Next potential resistance appears at previous column highs near $40.40 and $45.50, along with $46.40 which is based on a horizontal count. Initial support appears near $35.15 based on a 3-box reversal.

With its bullish SMAX score increasing to 7, GFL.TO is exhibiting strength against the asset classes. 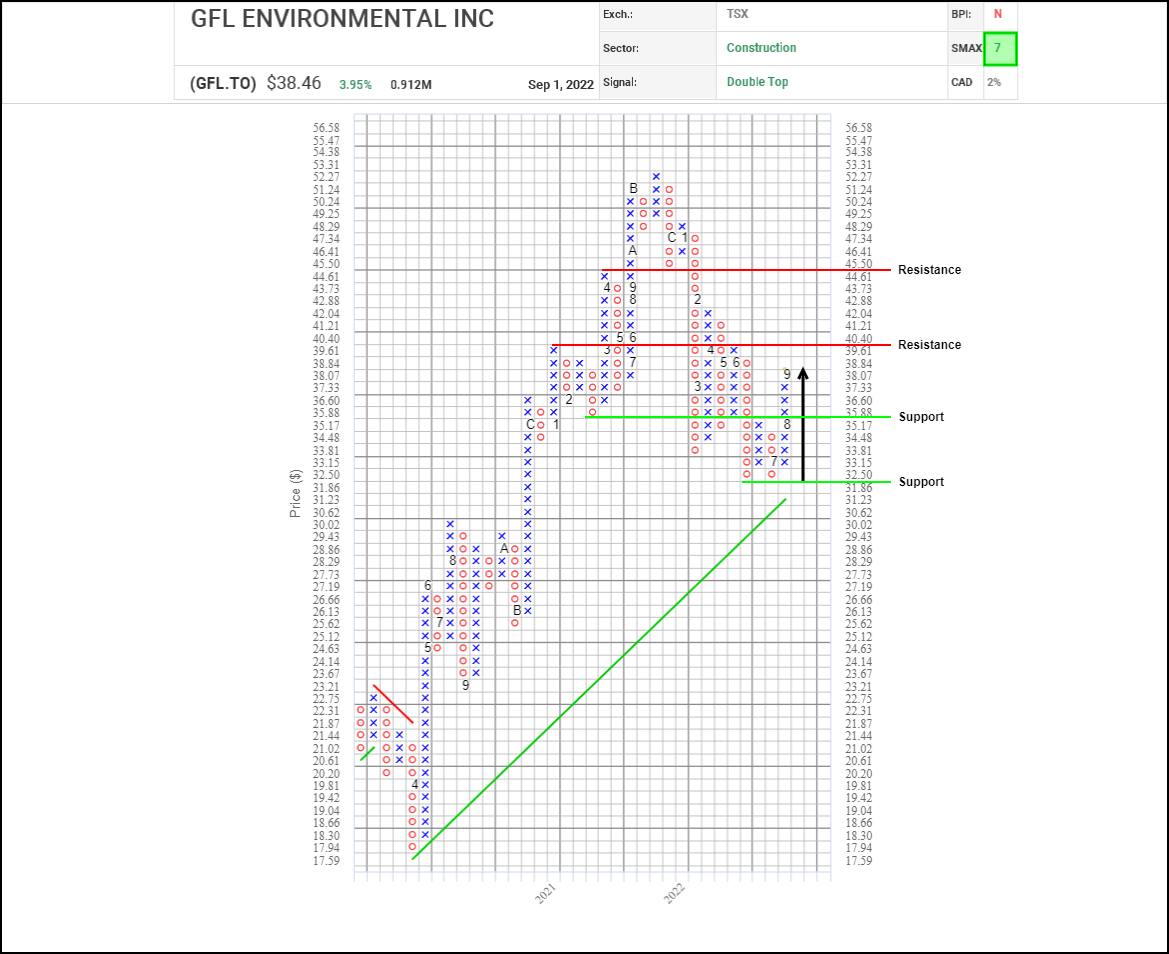