Semiconductor stocks like wireless chip maker Qualcomm (QCOM) have already been struggling lately with supply chain problems and sentiment toward the sector may further be impacted by Nvidia’s (NVDA) announcement last night that the US government has implemented new restrictions on what products it can export to China and Russia amid growing political tensions.

Since the start of 2021, Qualcomm has been riding up and down the rankings in the SIA S&P 500 Index Report like a roller coaster, having completed multiple trips between the red and green zones. After climbing through the spring and into the early summer, QCOM has started to sink again lately falling out of the green zone back into the Yellow Neutral Zone.

Yesterday, Qualcomm finished in 180th place, down 16 spots on the day and down 126 positions in the last month.

This long-term chart shows that for Qualcomm (QCOM), the 2020 bear market turned out to merely be a speed bump. It also shows that since the beginning of 2021, a massive Head and Shoulders Top has been forming with the left shoulder about 20 months ago, the head about 10 months ago.

The failure of the latest rally attempt near $150.00 a few weeks ago appears to have completed the right shoulder of the pattern and since then, QCOM has been drifting back downward toward a potential retest of the pattern’s neckline near $120.00.

A breakdown below $120.00 would complete the top and signal the start of a new downtrend with next potential support near the $100.00 round number to start. Initial rebound resistance currently appears near $145.00. 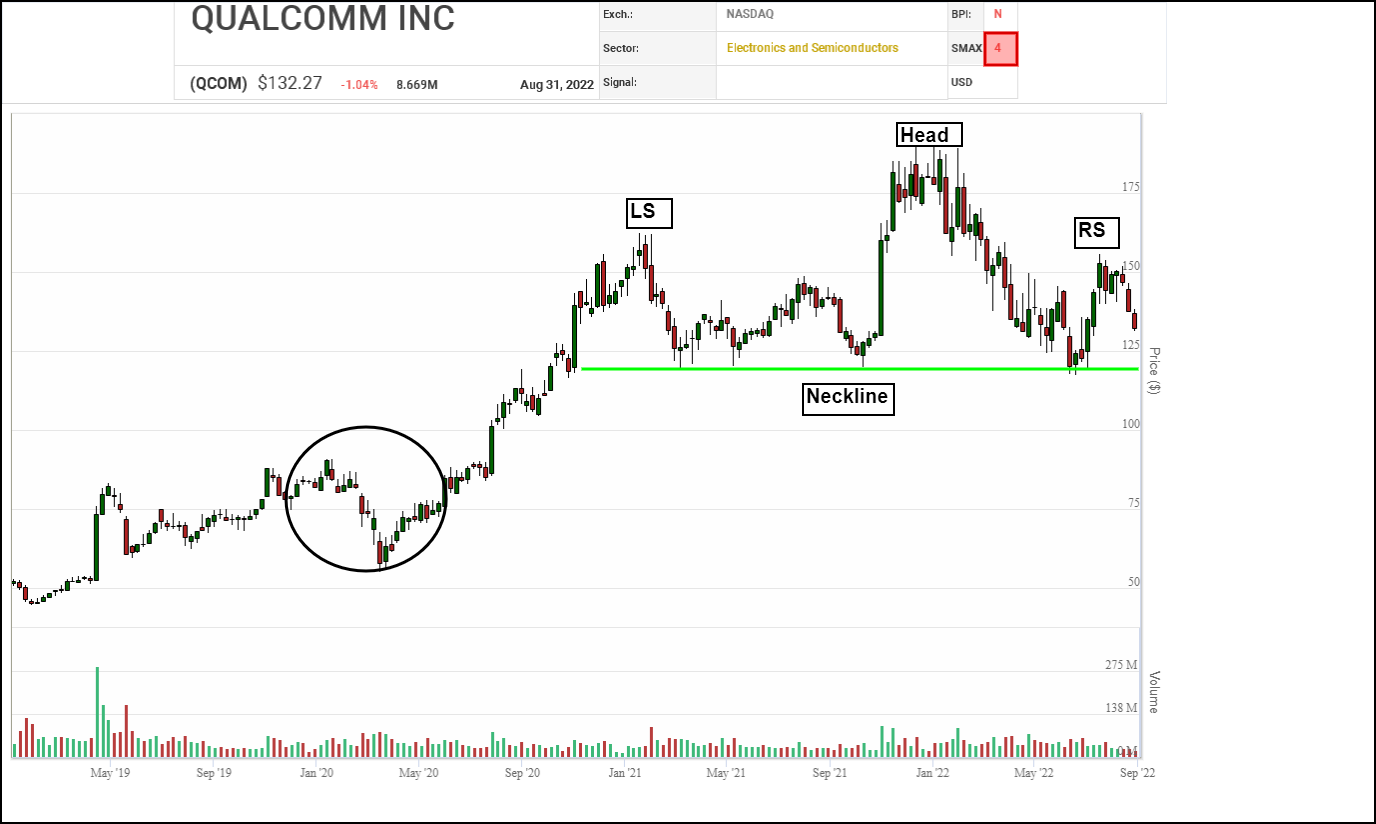 With the exception of a short run up toward $190.00 late last year that quickly failed, Qualcomm (QCOM) shares have been trending sideways between $120.00 and $160.00 since the beginning of 2021. A recent rally up off the bottom of this range once again met resistance near the top of this range and in recent days, the shares have turned back downward, triggering a bearish High Pole warning on a 2% chart and a bearish Double Bottom on a 1% chart.

Potential downside support tests for the current downswing appear near $125.35 and then $118.10. A breakdown there would signal the start of a new downtrend with next potential support near $104.90 where a previous low and a long-term 45-degree trend support line converge, followed by the $100.00 round number. Initial resistance appears near $144.00 based on a 3-box reversal.

With a bearish SMAX score of 4, down from 9 at the beginning of August, QCOM is exhibiting weakness against the asset classes. 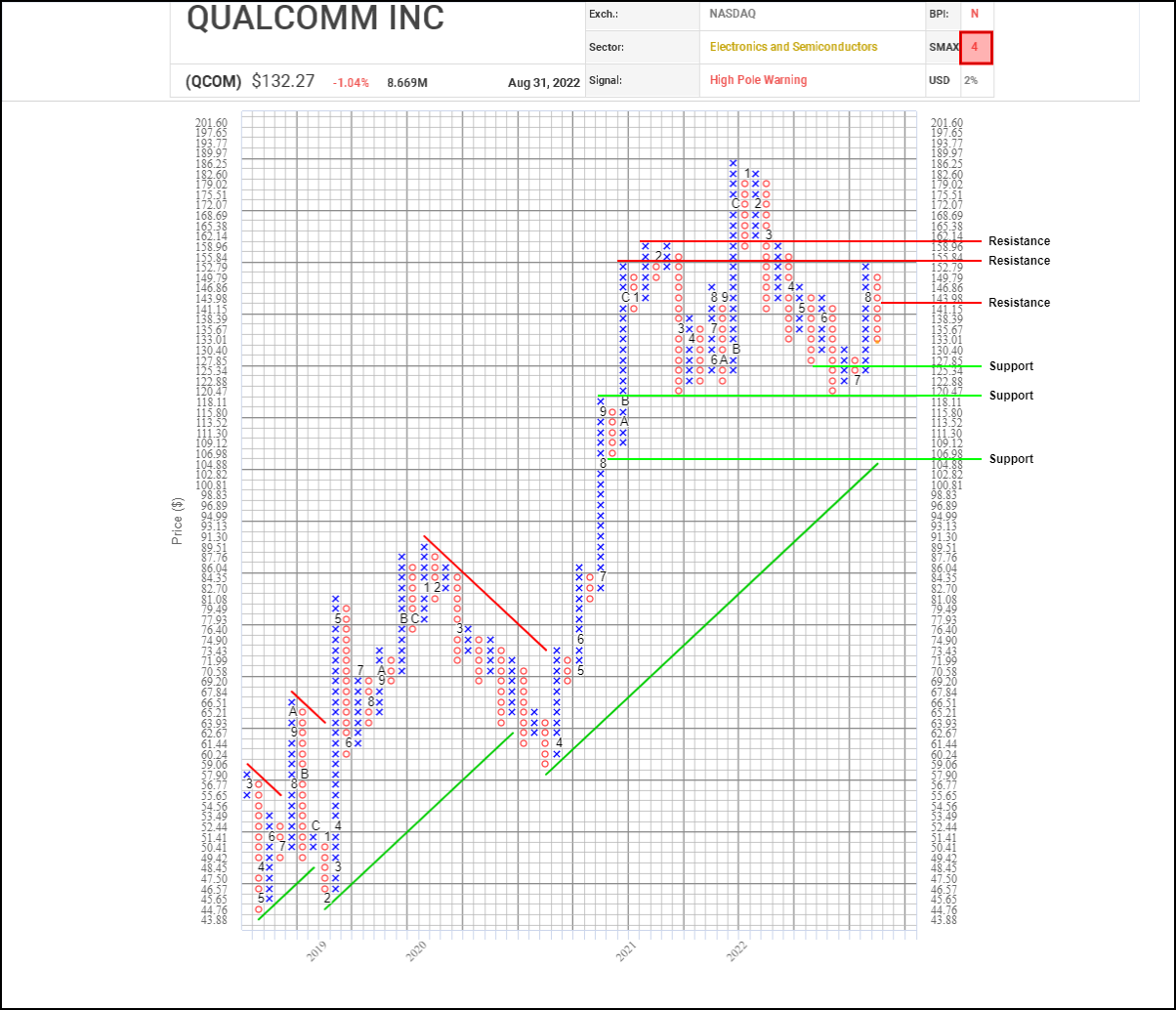