Starbucks’ (SBUX) relative strength has steadily been improving for several months now. In the SIA NASDAQ 100 Index Report, SBUX bottomed out in April deep in the red zone and has climbed back up toward the top of the Yellow Neutral Zone. After moving up 26 positions over the last month, Starbucks is currently sitting in 29th place, 3 spots outside of the green zone.

Since bottoming out in the spring near $70.00, Starbucks (SBUX) shares have been steadily recovering, and are currently approaching a potentially significant resistance test. Over the last few months, a bullish Cup with Handle base has been forming consisting of a large saucer bottom, followed by a smaller, shorter rounded bottom.

A breakout over $90.00 would complete the base and signal the start of a new uptrend. Should that occur, nest potential resistance may appear near the $100.00 round number, then the $105.00 to $115.00 range where it traded previously. Initial support currently appears at the 50-day moving average near $83.00. 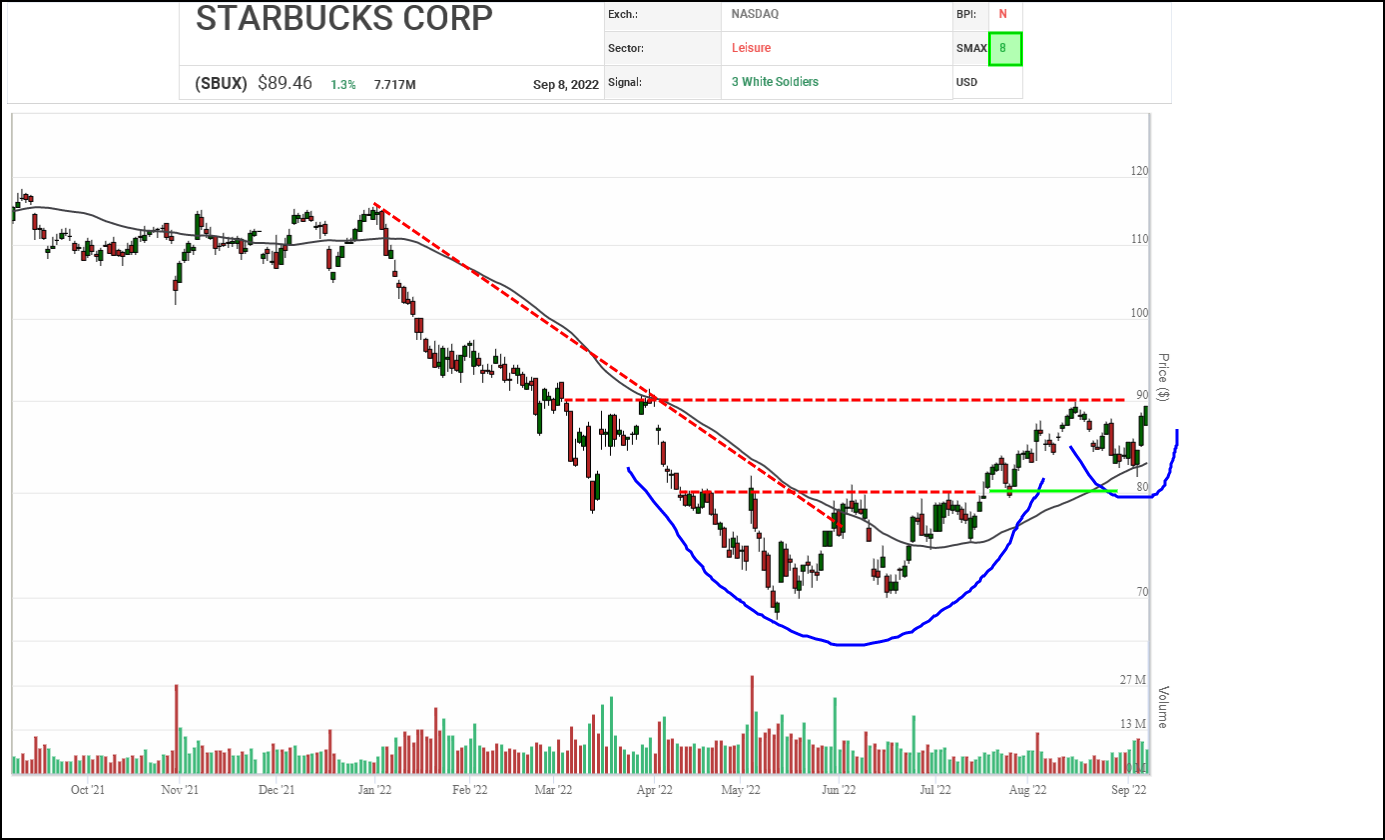 A downtrend in Starbucks (SBUX) was successfully contained by previous support near $68.00 and bottomed out back in May. Since then, the shares have been on the rebound, completing bullish Double Top and Spread Double Top breakouts that have extended into a bullish High Pole.

The shares are currently approaching resistance in the $91.50 to $93.30 zone where a breakout would confirm the uptrend with next resistance possible near the $100.00 round number, a horizontal count near $101.05, or previous column highs/lows near $105.15. A failure, however, would carve out the right shoulder of a possible head and shoulders top with initial support near $81.30 based on a 3-box reversal.

With its bullish SMAX score increasing to 8, SBUX is exhibiting strength against the asset classes. 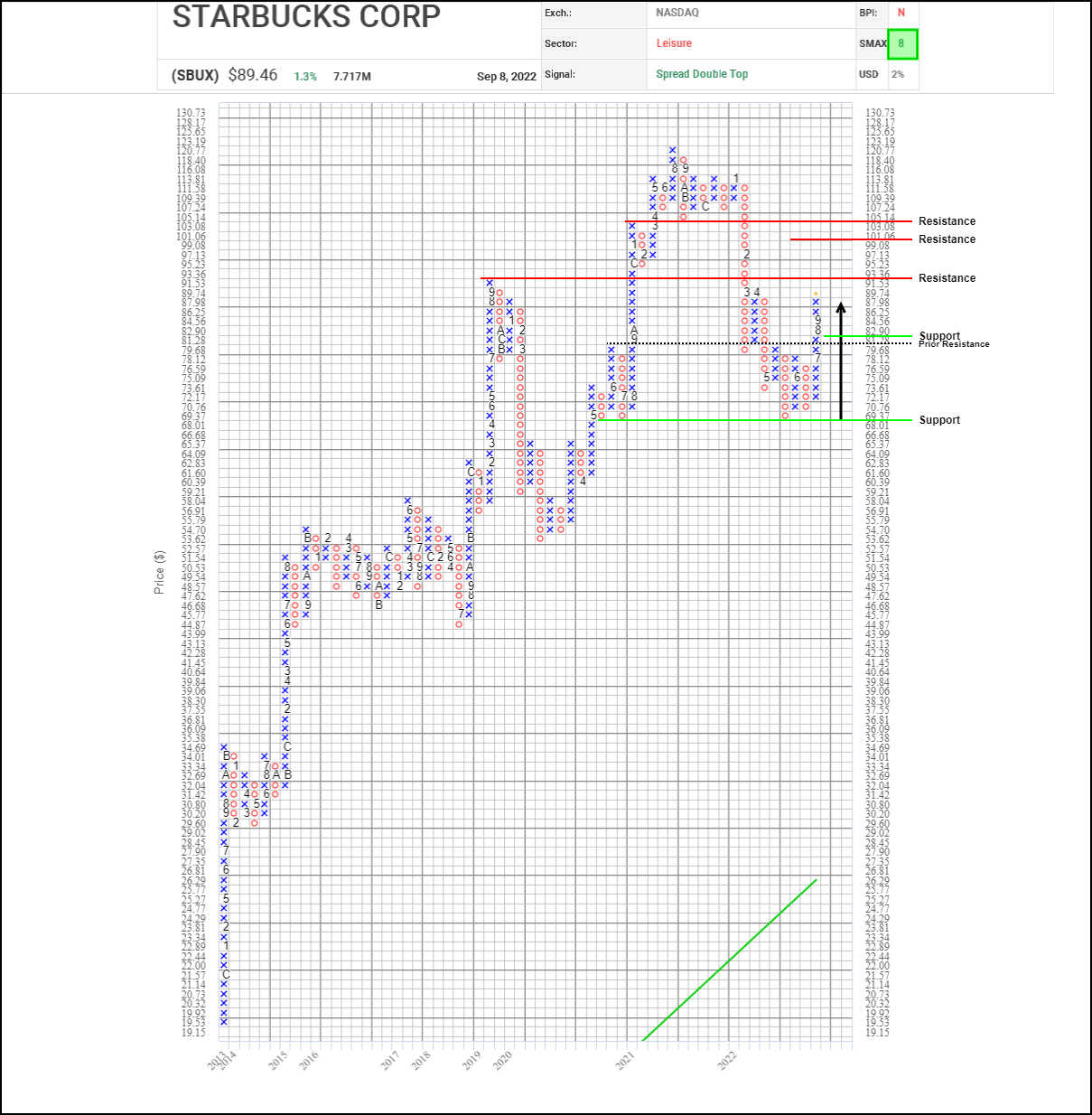