In the last few days, IT cloud security provider Zscaler (ZS) has shot up the relative strength rankings in the SIA NASDAQ 100 Index reports, driving up from the red zone, where it had languished for six months, back up into the Green Favored Zone for the first time since February. Yesterday it finished in 16th place, up 10 spots on the day and up 66 positions in the last month. A major breakout is underway in Zscaler (ZS) shares. Back in May, a downtrend bottomed out in a selling climax and the shares then spent three months quietly base building. This week new interest has decisively come in with the shares rallying up off of a higher low, staging a breakaway gap up through their 50-day average on a surge in volume, and clearing $180 to trade at their highest level since April.

Initial upside resistance may appear near the $200.00 round number, then closer to $225. Initial support moves up to the $180 breakout point. 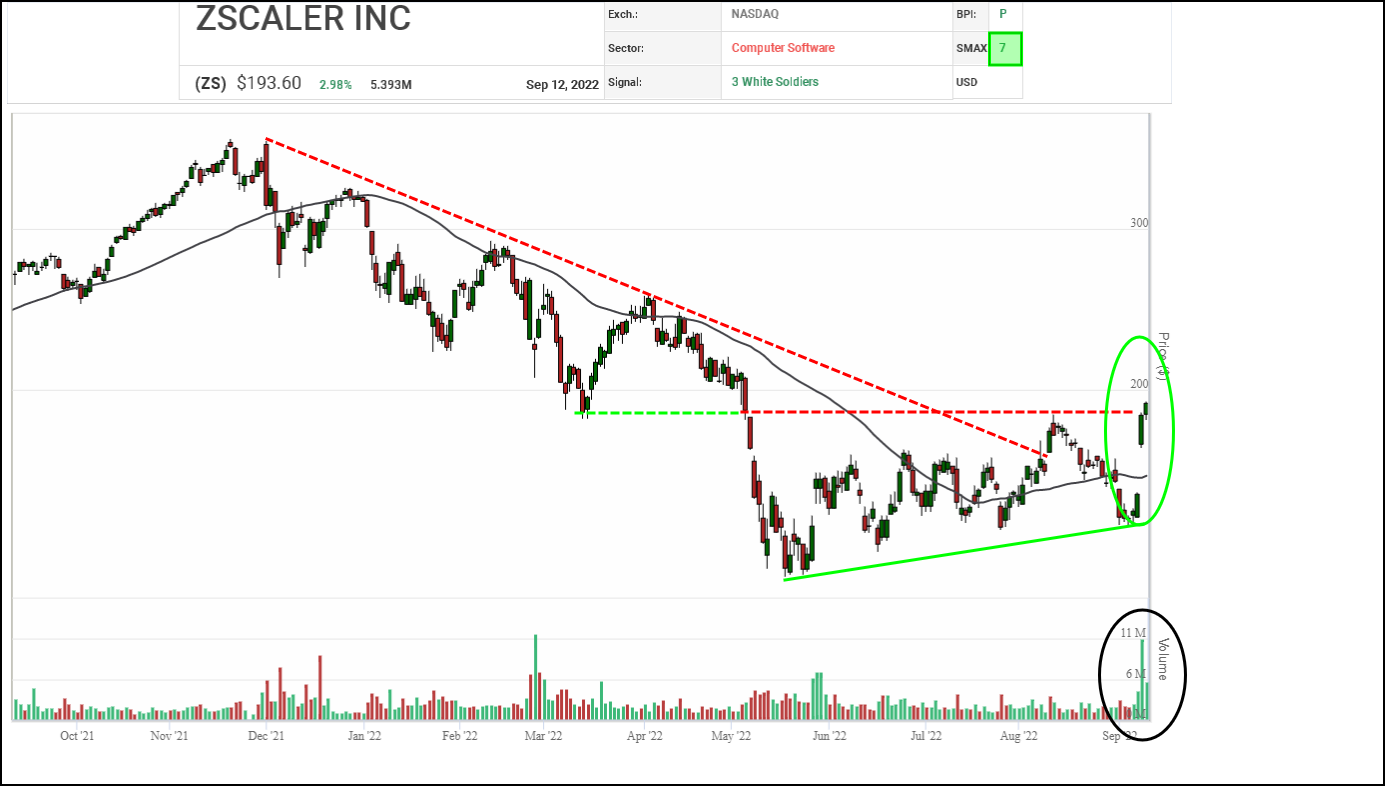 A recovery trend in Zscaler (ZS) shares continues to accelerate. Earlier this summer, the shares broke out of a base with a bullish Spread Double Top breakout. A subsequent correction bottomed out at a higher low and recently the shares have started to climb once again, completing another bullish Double Top which has extended into a High Pole and has regained a former breakdown point.

With its bullish SMAX score increasing to 7, ZS is exhibiting strength against the asset classes. 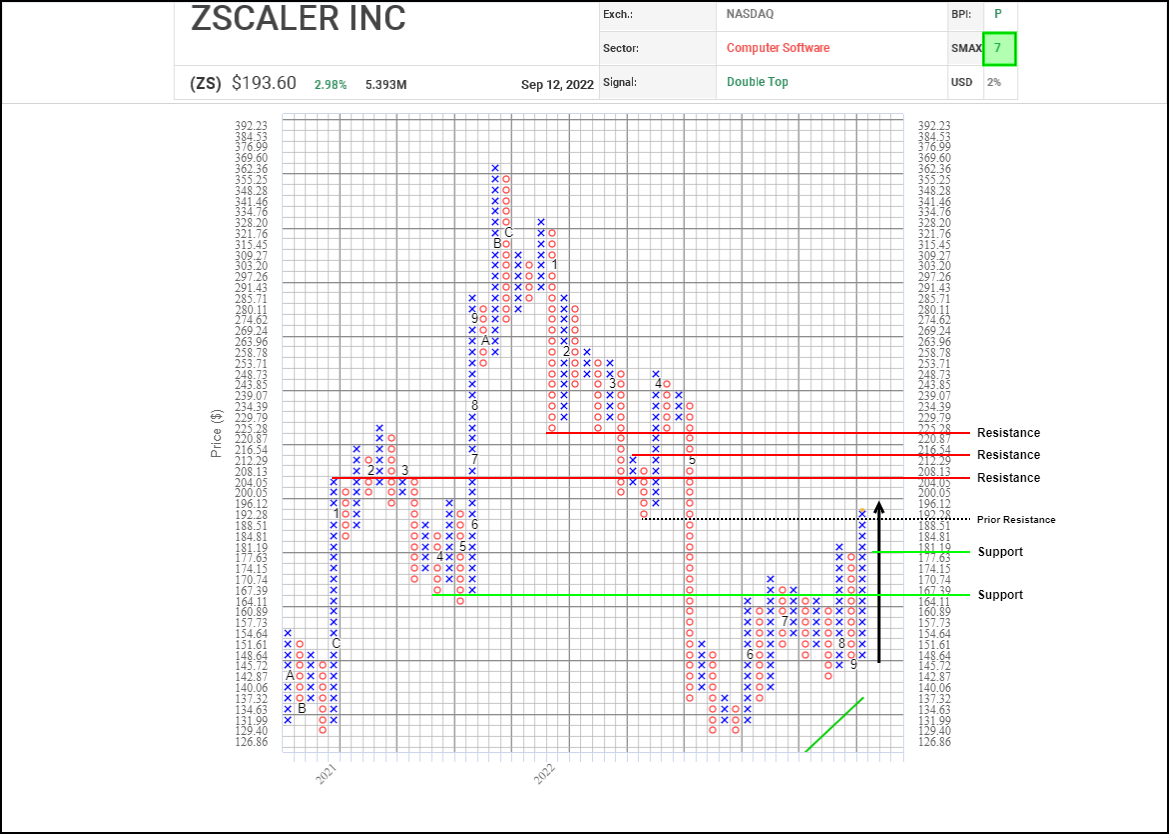