On a rough day for world markets, personal products producer Bausch Health (BHC.TO) was the top performer in the SIA S&P/TSX Composite Index Report yesterday with a gain of 2.5%. After spending over a year languishing in the red zone, BHC.TO has rocketed back up the rankings lately, recently returning to the Green Favored Zone for the first time since April of 2021. Yesterday, it finished in 44th place, up 90 spots in the last month.

Back in July, a big plunge in Bausch Health (BHC.TO) shares appears to have been the final shakeout of a crash that took the shares from near $30.00 to a low near $5.00. Since then, Bausch Health has been under renewed accumulation, rallying back up into the $9.00 to $10.00 range on generally higher volumes, snapping a downtrend line and regaining their 50-day moving average along the way.

A breakout over $10.00 would confirm the start of a new recovery trend with next potential resistance near $12.00 then $14.50 based on previous highs. Initial support appears at the 50-day average near $9.00. 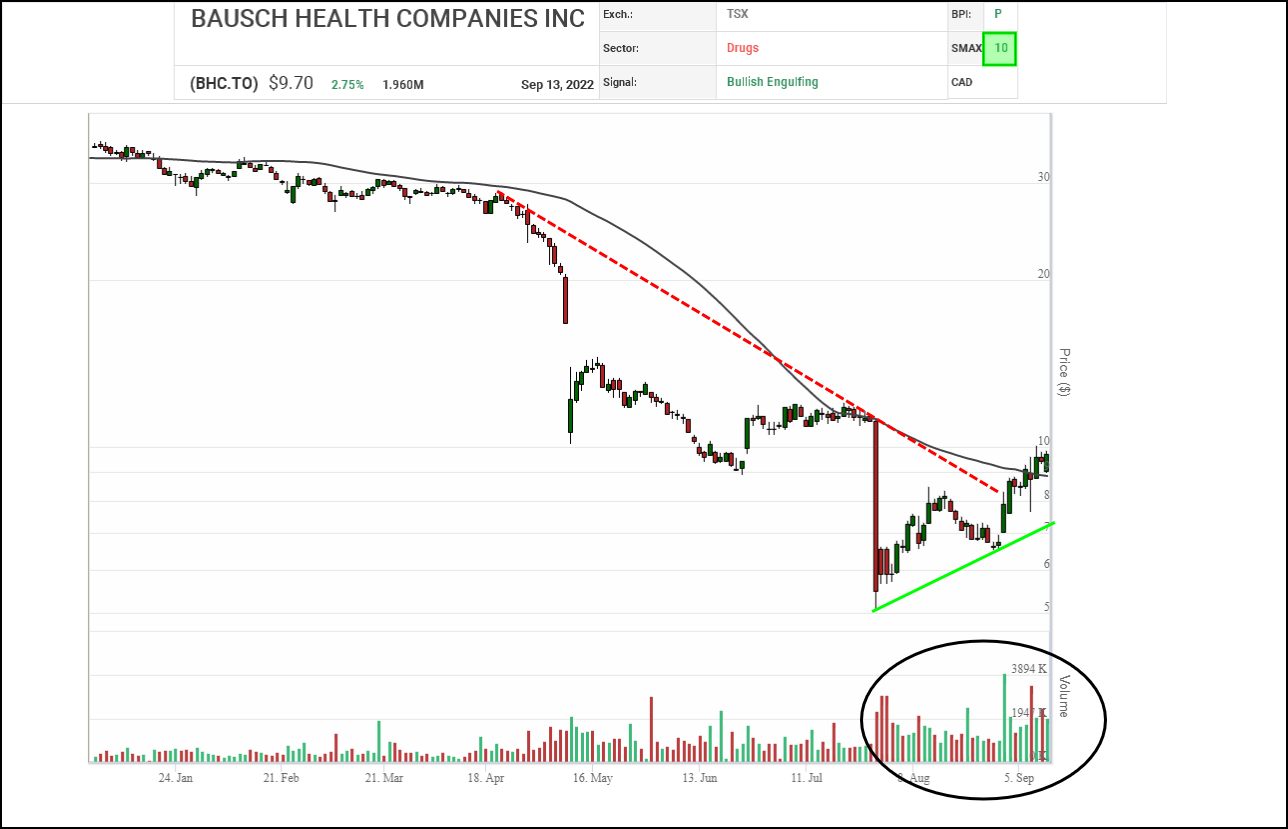 Bausch Health (BHC.TO) has started to bounce back from its big plunge earlier this year. Rallying up out of a bullish Bear Trap, BHC.TO has completed a second bullish Double Top breakout and extended its rally into a bullish High Pole, The shares are approaching the $10.00 round number where a breakout would confirm renewed investor interest.

Previous column highs suggest potential resistance near $12.05 then $14.40 on trend. Initial support appears near $8.95 based on a 3-box reversal.

With a perfect SMAX score of 10, BHC.TO is exhibiting strength across the asset classes. 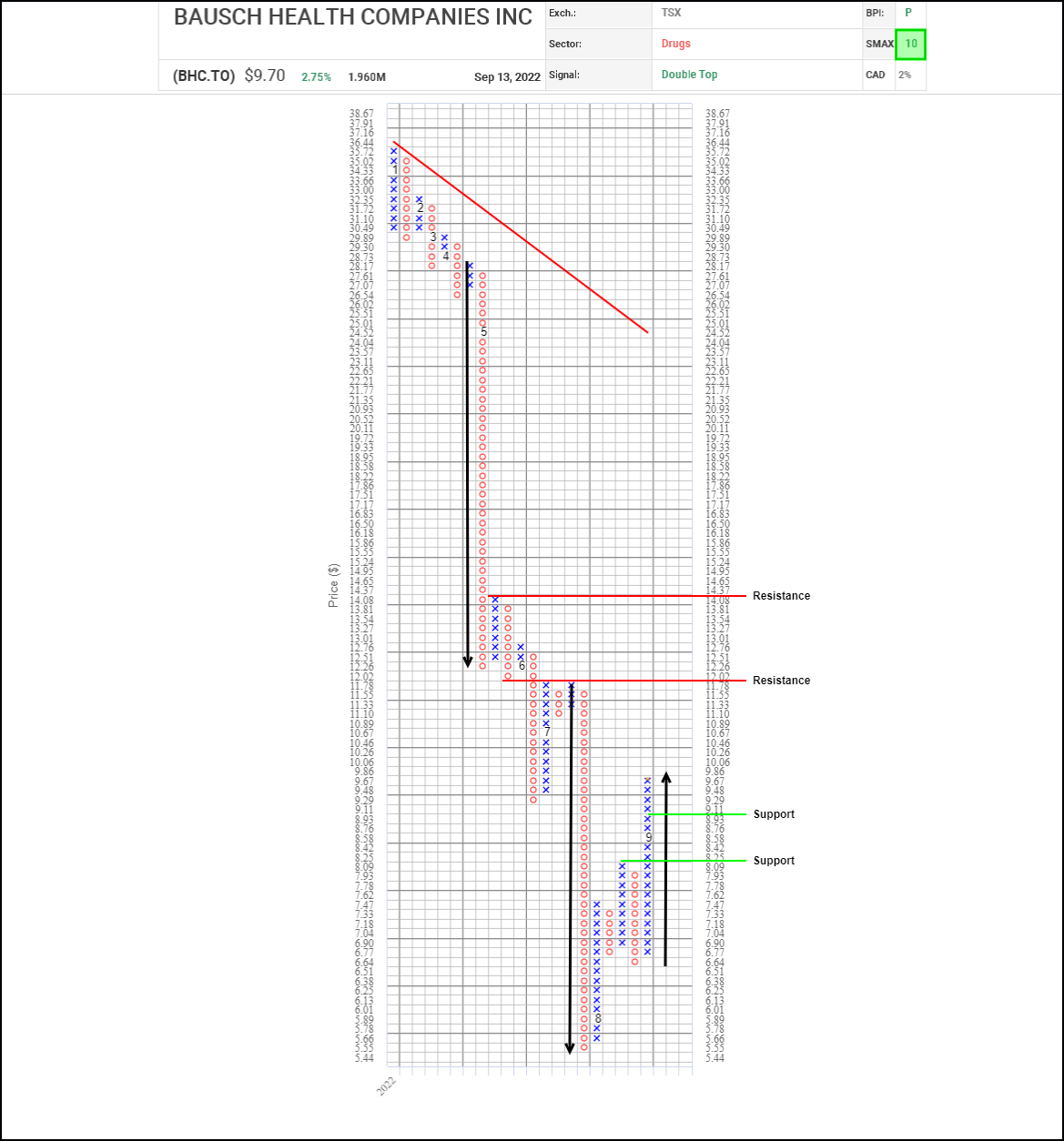