After spending the spring stuck in the red zone of the SIA S&P 100 Index Report, home improvement retailer Lowes (LOW) rose back up in the rankings through August. Upward relative strength momentum appears to have stalled, however, with Lowes sitting at the top of the Yellow Neutral Zone, still unable to return to the green zone which it exited in March. Yesterday, LOW slipped 1 position to 28th place, two spots outside of the green zone.

A large, bearish Head and Shoulders Top pattern appears to have been forming in Lowes (LOW) shares since the beginning of 2021. The shift from accumulation to distribution has become increasingly apparent since the shares peaked in late 2021 and as this year has progressed. In particular the recent failed attempt to climb back up above $210 and subsequent slide back under $200 appears to have carved out the right shoulder.

Initial downside support appears in the $170-$175 range which would be the neckline zone. A drop below $170 would break the neckline and confirm the start of a new downtrend with next potential support in the $145-$150 area. Initial resistance on a bounce appears near $210-$215. 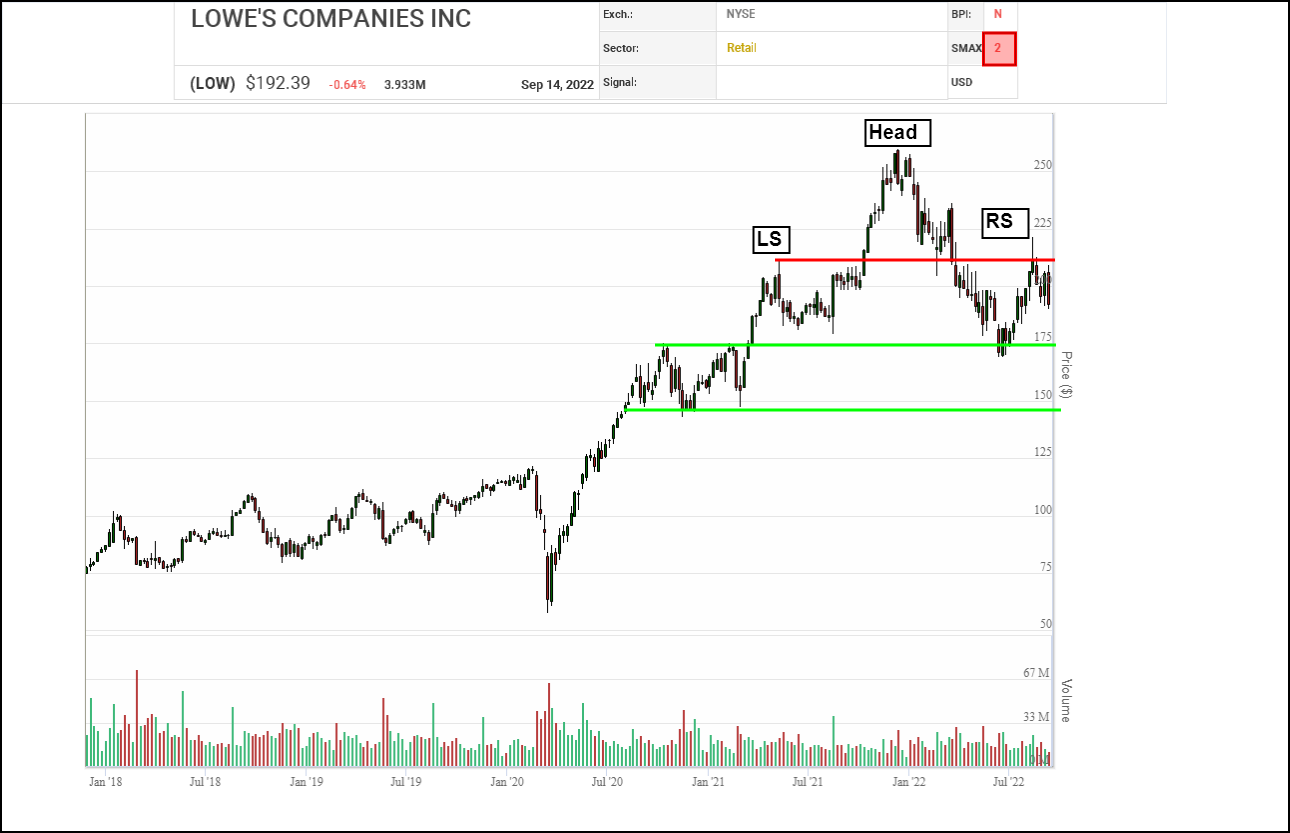 Lowes (LOW) shares have been struggling since the turn of the year with a series of double bottom breakdowns suggesting distribution. The potential failure of a summer rebound appears even more ominous. A lower peak near $220.00 may have formed the right shoulder of a potential head and shoulders top. So far, LOW remains on a positive Double Top signal, but a push downward of one more row with a close below $191.20 would tip the signal over into a bearish high pole warning.

Initial downside support appears at previous lows near $180.20, then the July low near $169.80 and then the bottom of an old trading range closer to the $150.00 round number. Initial resistance on a rebound appears near $211.15 based on a 3-box reversal.

With a bearish SMAX score of 2, LOW is exhibiting weakness against the asset classes. 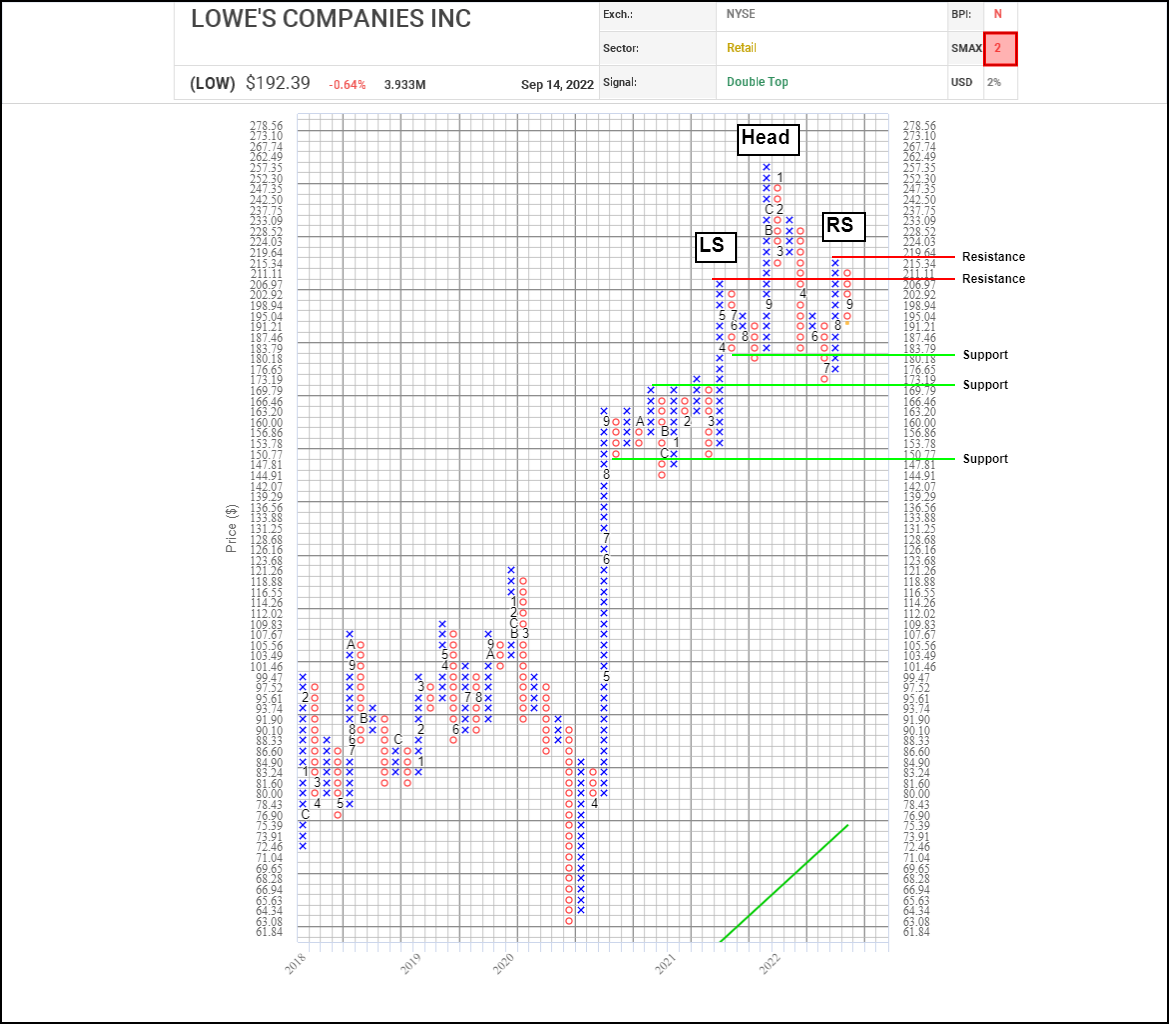