Google parent Alphabet (GOOG) has been sliding down the rankings in the SIA S&P 100 Index Report for most of this year. GOOG exited the green zone in April and has been unable to return with a recent rebound faltering near the top of the yellow zone. The shares have since slumped back into the Red Unfavored Zone.

Alphabet (GOOG) staged a major breakdown last week. A long-term uptrend ended late last year in a rounded top punctuated by a bearish Rising Wedge breakdown. This year, the shares have been under distribution, establishing a new downtrend of lower highs. After consolidating through the summer, support gave way last week and the shares broke down to their lowest level in eighteen months, on a spike in volume, indicating increased selling pressure and the start of a new downleg that would be confirmed if the $100.00 round number fails to hold. 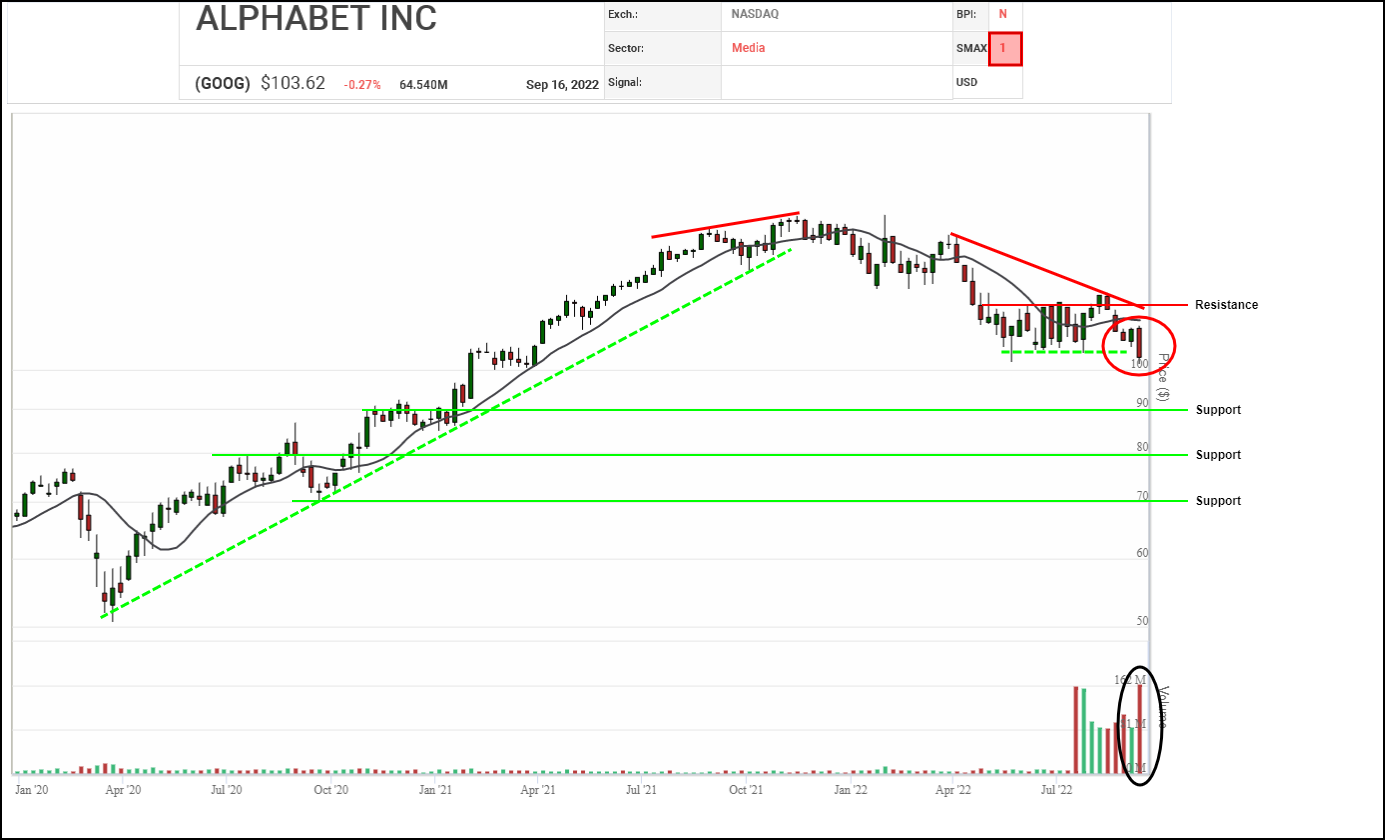 A major breakdown is underway in Alphabet (GOOG) shares. After soaring through much of 2021, GOOG peaked late that year and has spent 2022 under distribution. Following an initial large selloff in April, the shares consolidated their losses through the late spring and summer. They even tried to launch back upward but bullish pattern completions quickly failed. Last week, GOOG broke down below $103.80 to complete a bearish Spread Triple Bottom pattern and signal the start of a new downleg.

The shares are approaching the $100.00 round number where another failure of support to kick in would confirm the start of a new downleg with next potential support near $85.15 where a horizontal count aligns with a previous breakout point. Initial resistance on a bounce appears near $112.35 based on a 3-box reversal that aligns with a previous low.

With its bearish SMAX score falling to 1, GOOG is exhibiting weakness against the asset classes. 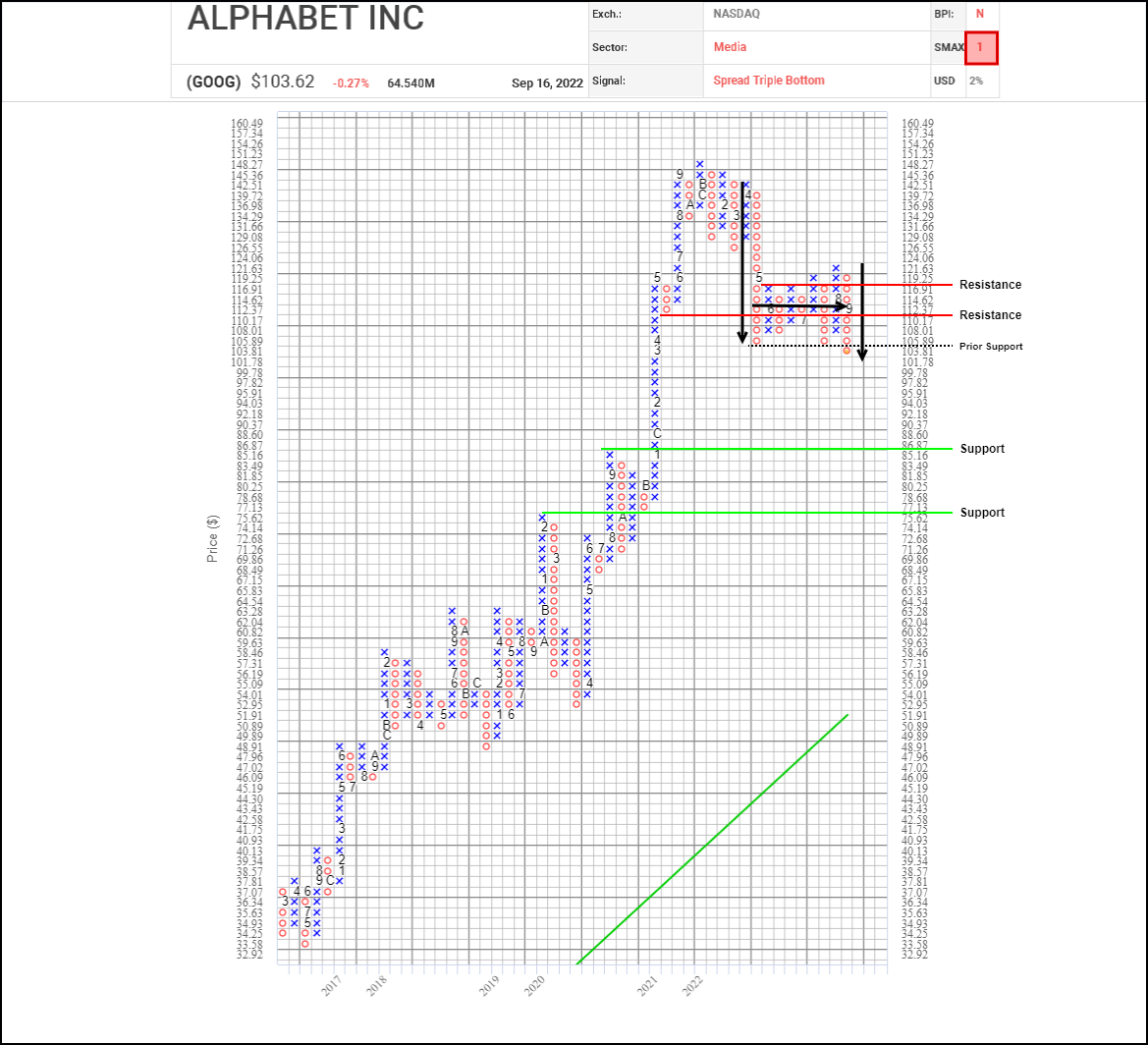