Amazon.com (AMZN) continues to struggle in the relative strength rankings of the SIA S&P 100 Index Report. Amazon.com had been trending lower for nearly two years and spent most of its time in the Red Unfavored Zone since leaving the green zone in November of 2020. This summer, it looked like AMZN was starting to stage a comeback, snapping a downtrend line and climbing up into the yellow zone. This now appears to have failed, however, with the shares rolling back down into the Red Unfavored Zone. Yesterday, AMZN fell one spot to 53rd place.

Back in the spring, a selloff in Amazon.com shares bottomed out near the $100.00 round number. In the summer, the shares tried to bounce back but that rebound was contained near $142.50, a previous breakdown point. This set a lower high, confirming that the larger downtrend which started in late 2021 remains intact.

Currently the shares are testing $120.00 support but if that fails, a retest of the June lows near $100.00 appears possible. Initial resistance on a bounce appears at the 50-day moving average near $129.25. 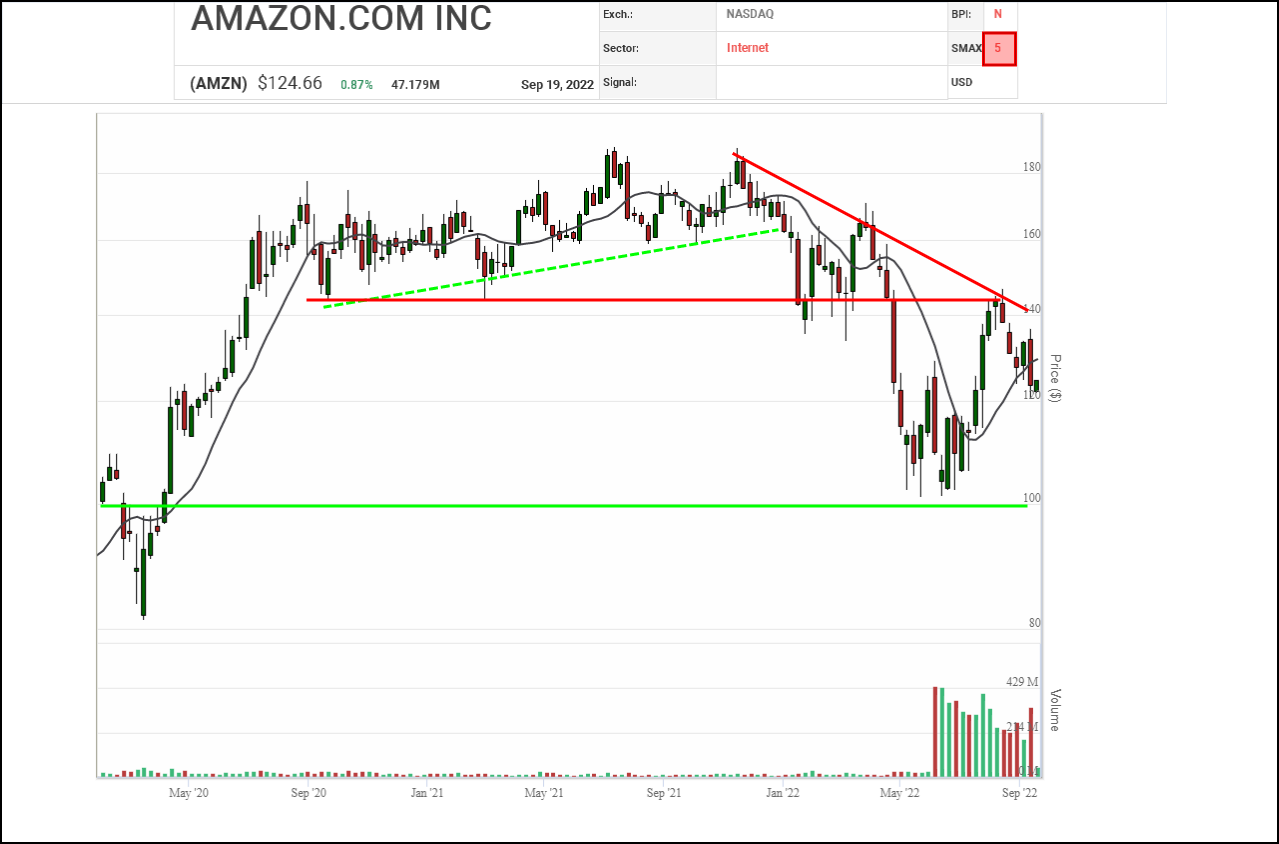 Since peaking near the end of last year, Amazon.com (AMZN) shares have been under distribution. After selling off hard in the spring, the shares bounced back in the summer but eventually ran out of gas at a lower high near $146.40. In recent weeks, the shares have resumed their downward course with a bearish Double Bottom breakdown signaling the start of a new downleg.

Previous column highs and lows suggest potential downside support near $113.20, then close to the $100.00 round number and a retest of the June low. Initial resistance appears in the $135.25 to $138.00 area where a 3-box reversal and a previous breakdown point converge.

With a bearish SMAX score of 5, AMZN is exhibiting weakness against the asset classes. 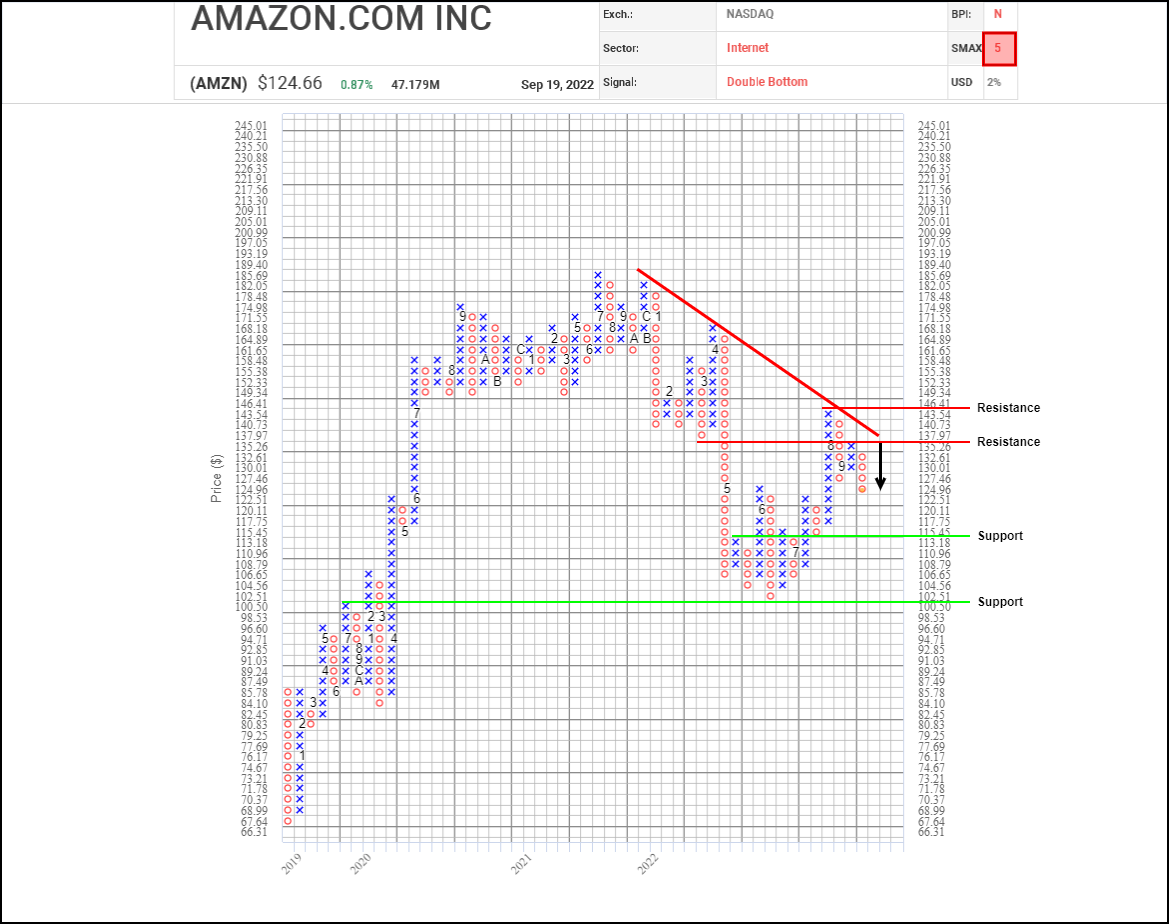