Back in the spring, ATS Automation Tooling Systems (ATA.TO) soared up the rankings in the SIA S&P/TSX Composite Index Report, but over the last six weeks, it has been steadily weakening once again. Yesterday, ATA.TO dropped out of the green zone and back into the Yellow Neutral Zone for the first time since June. It finished the day in 62nd position, down 8 spots on the day and down 32 places in the last month.

Over the last six weeks, the technical situation for ATS Automation Tooling Systems (ATA.TO) has turned increasingly bearish. Last month, a rebound attempt topped out at a lower high near $46.00. Since then the shares have been under renewed distribution, with a new downtrend of lower highs emerging.

The shares have continued to slide back to their lowest levels since June following breakdowns below $40.00 and their 50-day moving average, where initial resistance may appear. Next potential support appears near $34.00 and then $30.00 based on recent lows. 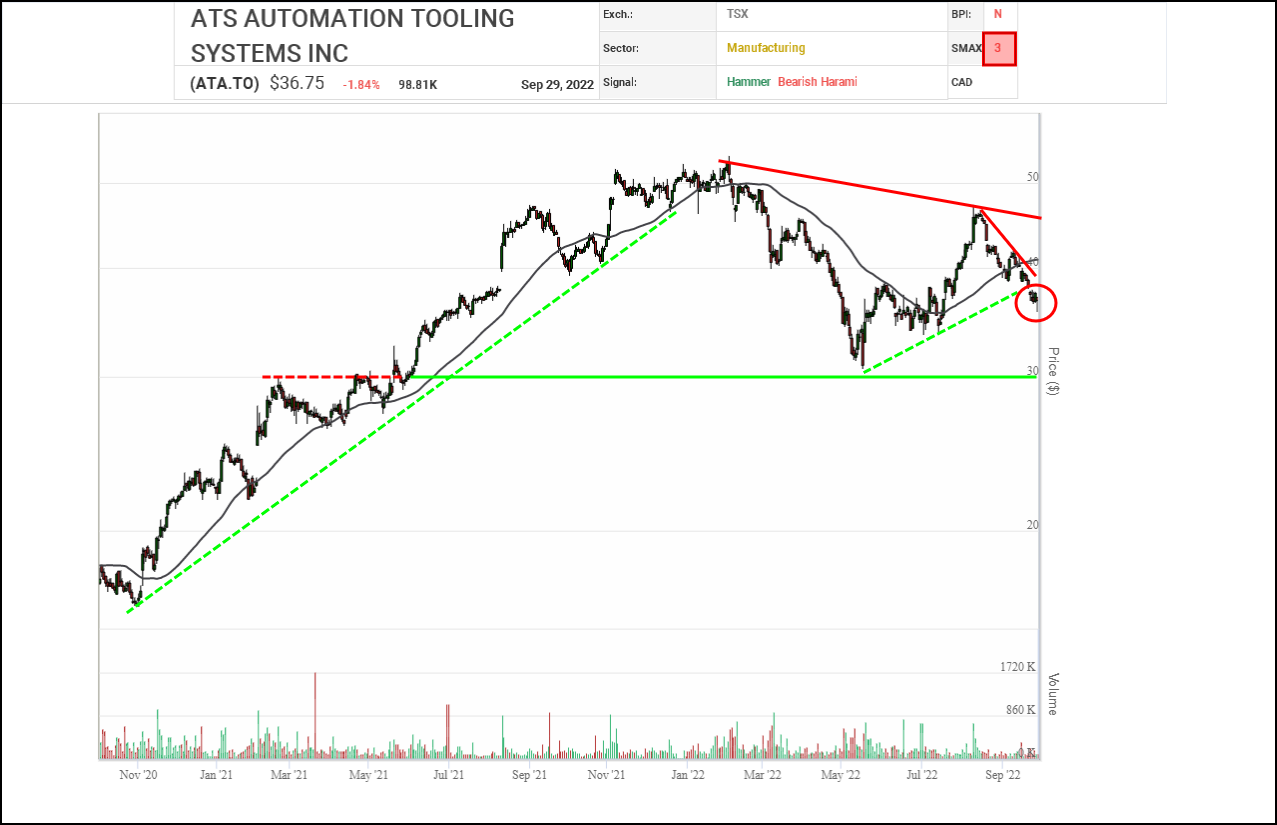 Just as it was getting on a roll this summer with a triple top breakout extending into a high pole, ATS Automation Tooling Systems (ATA.TO) smacked into a wall of resistance near $46.25. Since then, the shares have been retreating, triggering a bearish High Pole Warning on the 2% chart, plus bearish Double Bottom and Spread Double Bottom breakdowns on the 1% chart.

Potential downside support tests appear near $33.65 and $30.50 based on previous column lows. Initial resistance on a rebound appears near $39.45 based on a 3-box reversal.

With a bearish SMAX score of 3, ATA.TO is exhibiting weakness against the asset classes. 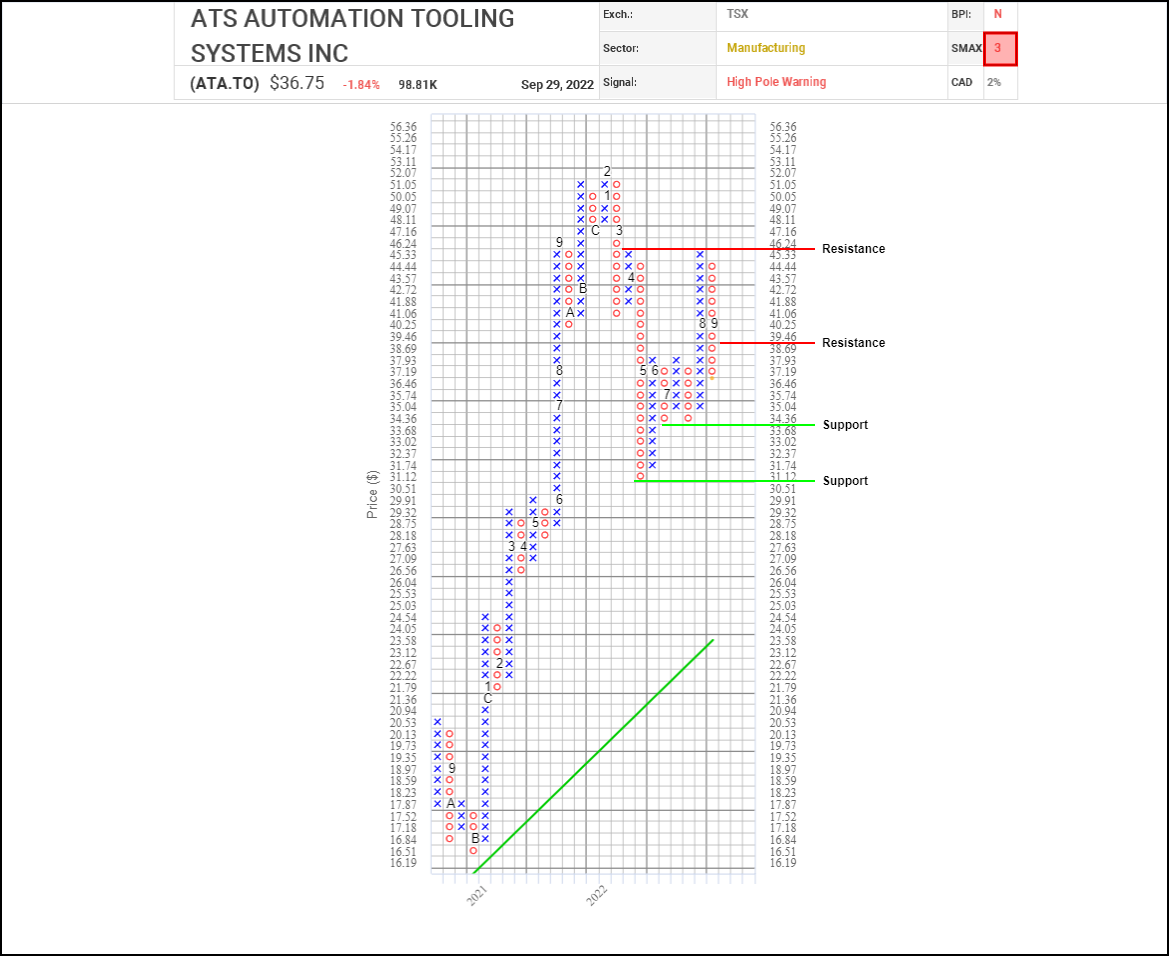