A relative strength uptrend for nuclear power producer Exelon (EXC) peaked back in June at #1 in the SIA S&P 100 Index Report. Since then, EXC has been steadily sinking back down in the rankings, drifting into the Yellow Neutral Zone. Yesterday it slipped 2 spots to 31st place.

Exelon (EXC) shares staged a major breakdown yesterday. After peaking near $50.00 between April and June, the shares staged an initial selloff down toward $40.00, then staged a summer bounce that faltered at a lower high near $45.00. This month, the shares have come under renewed distribution, steadily declining on increasing volumes. Yesterday, EXC closed below $40.00, completing a bearish Descending Triangle pattern and confirming the start of a new downtrend.

Next potential downside support on trend appears near $37.50, $36.00 and $33.50 based on previous highs and lows. Initial resistance appears near $42.50 a recent intermediate breakdown point. 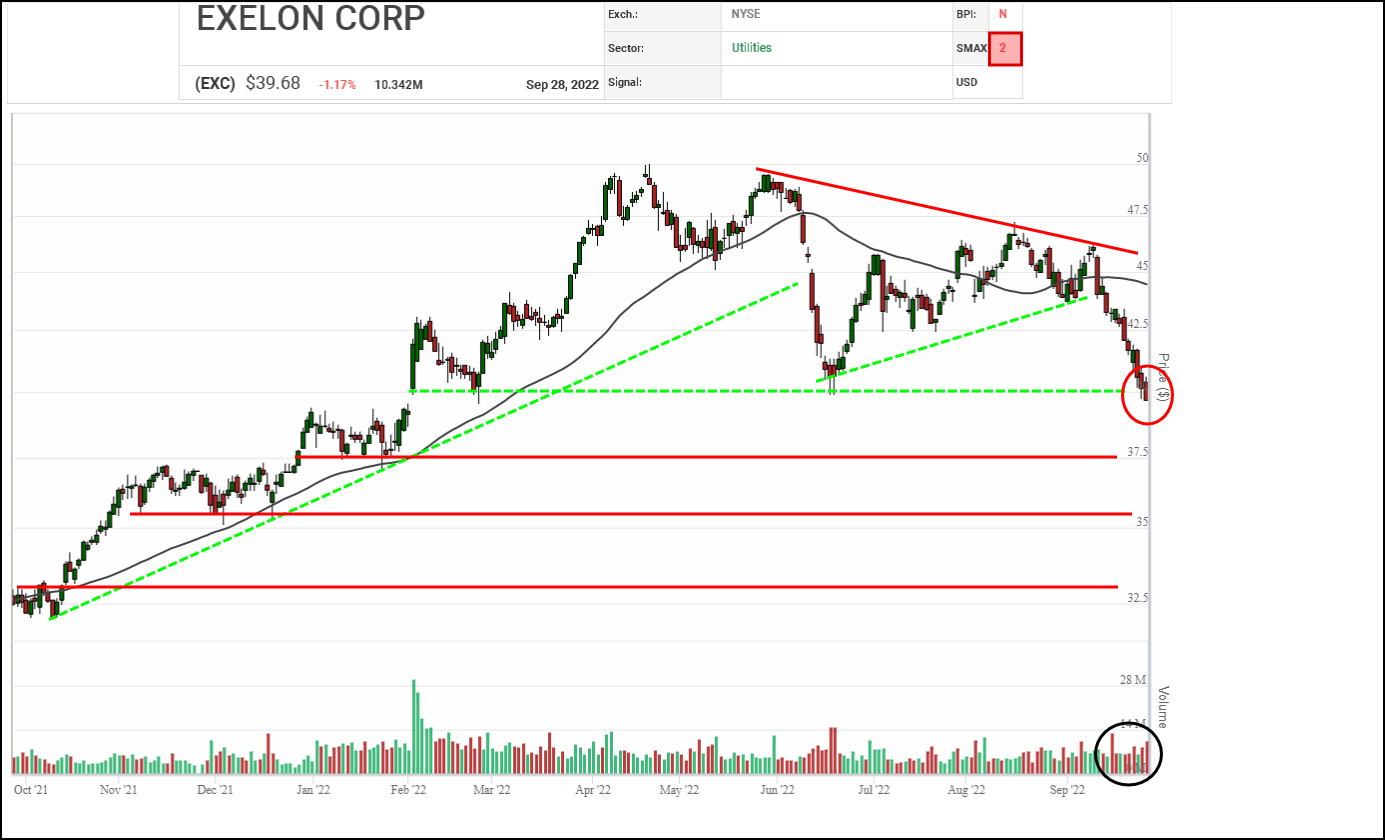 Back in the spring, a year-long high pole where the share price nearly doubled came to an end when the shares were unable to overcome resistance near the $50.00 round number. Since then, they have been falling back but it now appears that a new downtrend has started in earnest. The shares had already completed a bearish Double Bottom breakdown but now, they have taken out their June low to signal the start of a new downleg, with a lot of open space underneath. Based on vertical and horizontal counts, next potential support tests appear near $33.85, then $32.50 with the next previous column high near $31.25, and the next previous column low not until back near $25.00. Initial resistance on a rebound appears near $43.75 based on a 3-box reversal.

With its bearish SMAX score decreasing to 2, EXC is exhibiting weakness against the asset classes. 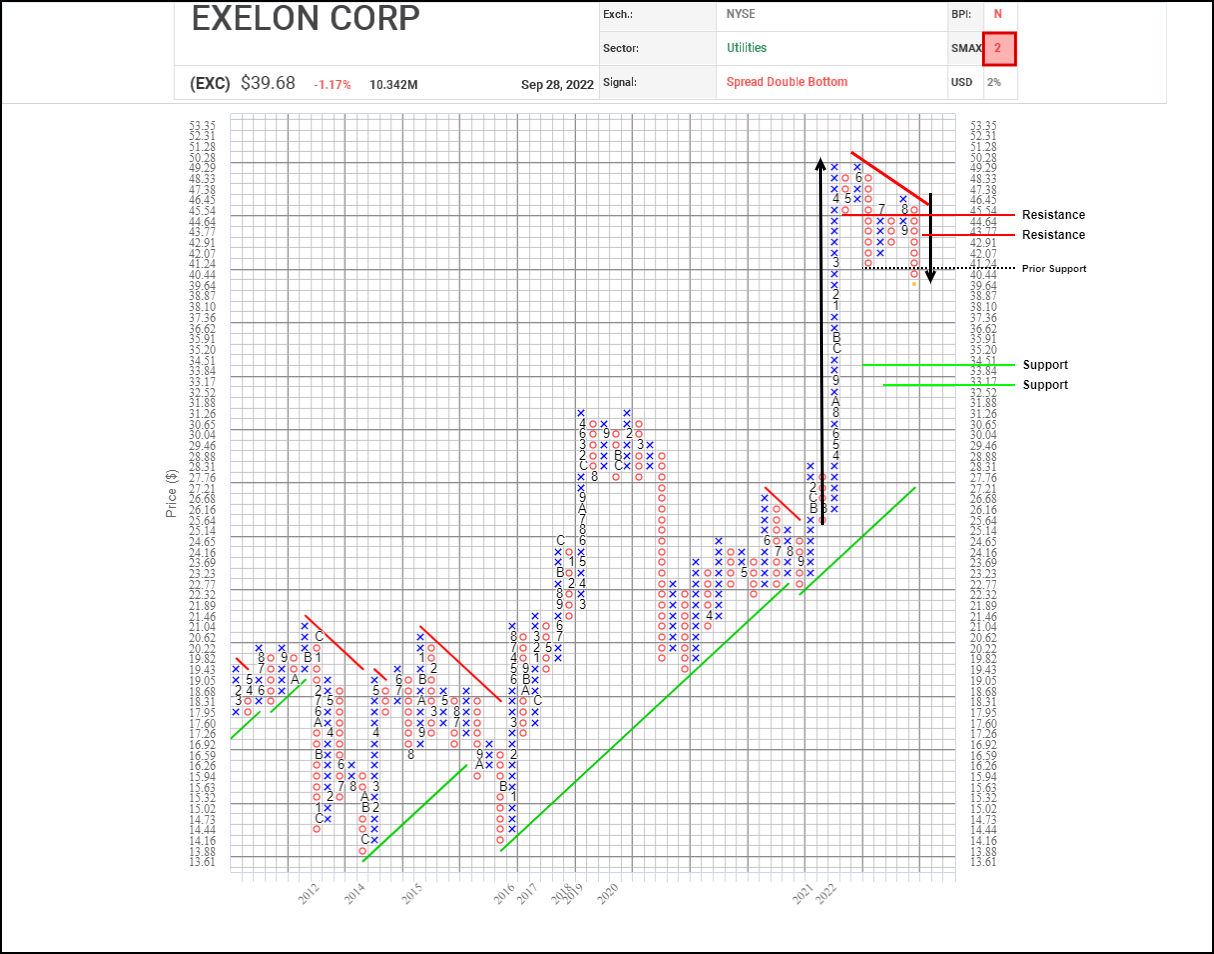