A major breakout is underway in Pacific Gas & Electric (PCG) shares. For the last 2½ years, PCG had been trending sideways between $8.00 and $13.00. Back in June, the shares successfully tested support near $10.00 and since then, they have been under renewed accumulation, establishing an uptrend of higher lows, and regaining their 50-day average. A big volume spike on returning to the S&P 500 Index last week signaled renewed investor interest. Yesterday, PCG blasted through $13.00 to signal the start of a new uptrend. 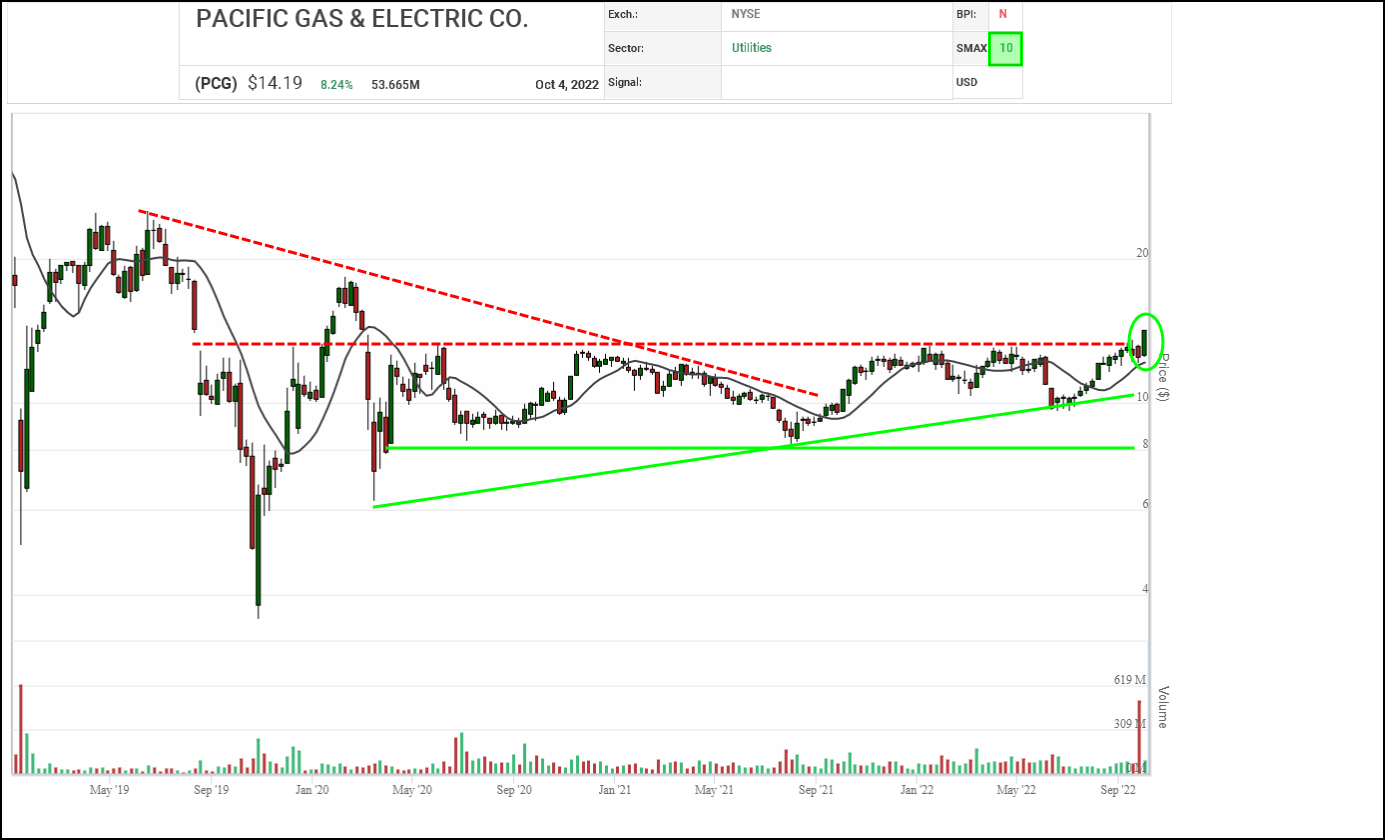 This 3% chart highlights the significance of the current breakout in Pacific Gas & Electric (PCG) shares. PCG sold off dramatically between 2017 and 2019 then staged an initial bounce and retreat in 2020. For the last two years, PCG has been trending sideways between $8.00 and $12.50. Yesterday, PCG successfully completed its base building process with a bullish Triple Top breakout and the snapping of a long-term 45-degree downtrend line that traced back to the 2017 peak.

With a perfect SMAX score of 10, PCG is exhibiting strength against the asset classes. 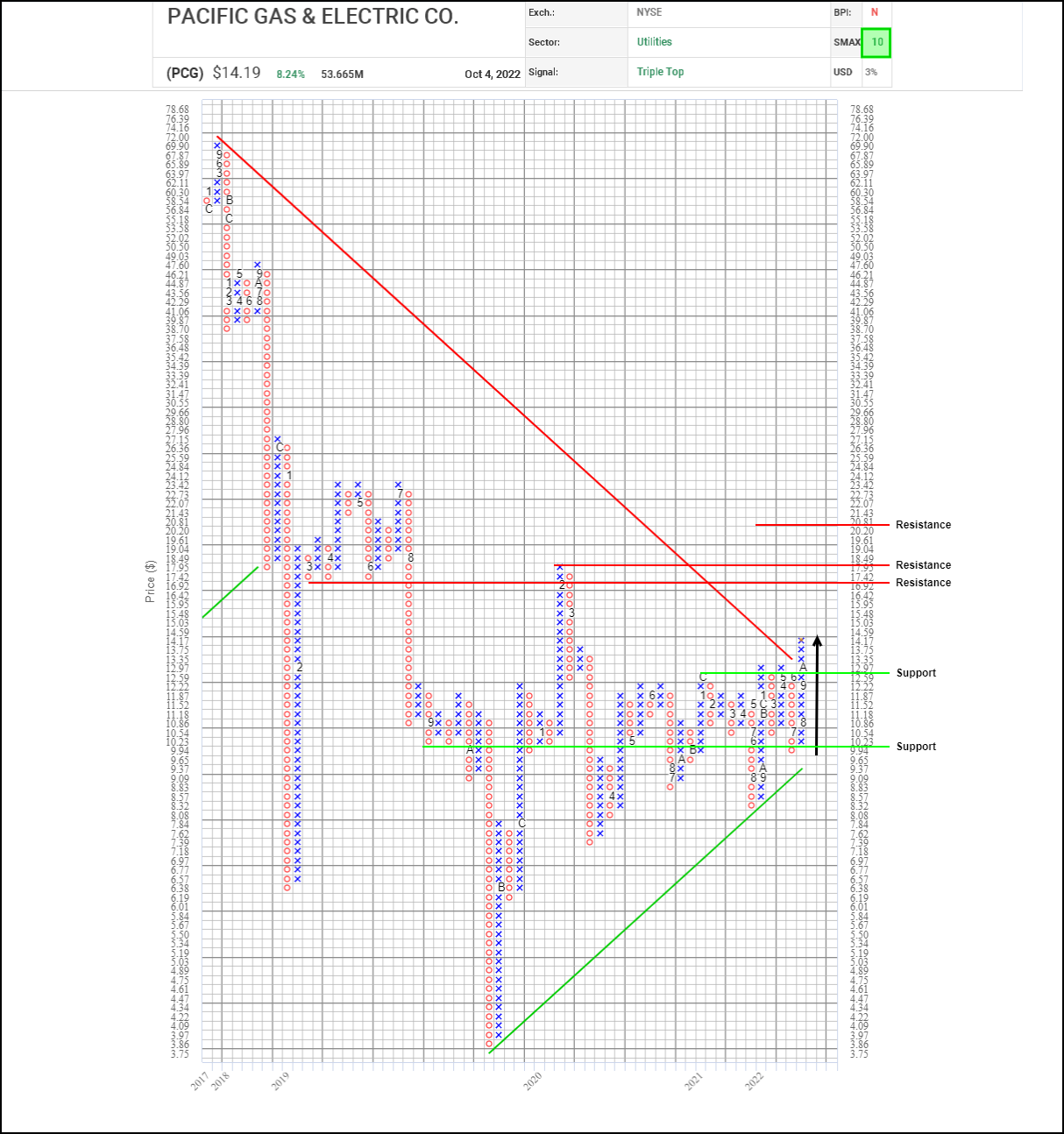