Yamana Gold (YRI.TO) spent the summer drifting downward within the SIA S&P/TSX Composite Index Report, sliding from the Green Zone in May down into the red zone where it languished from July to September. In the last few days, the shares have soared back up the relative strength rankings and have returned to the Green Favored Zone this week. Yamana finished yesterday in 34th place, up 17 spots on the day and up 135 positions in the last month. A dramatic turnaround is underway in Yamana Gold (YRI.TO) shares. After a winter rally topped out in April, the shares spent five months under distribution, steadily declining in a falling channel of lower highs and lower lows. The tide has turned dramatically in the last two weeks with the shares finding support near $5.25, then blasting off, driving up through their 50-day average, snapping a downtrend line that also completed a bullish Falling Wedge reversal, and carrying on up toward $6.75.

Potential upside resistance appears near $7.30 and $7.90 based on previous peaks. Initial support appears near $6.50, the August high and another recent breakout point. 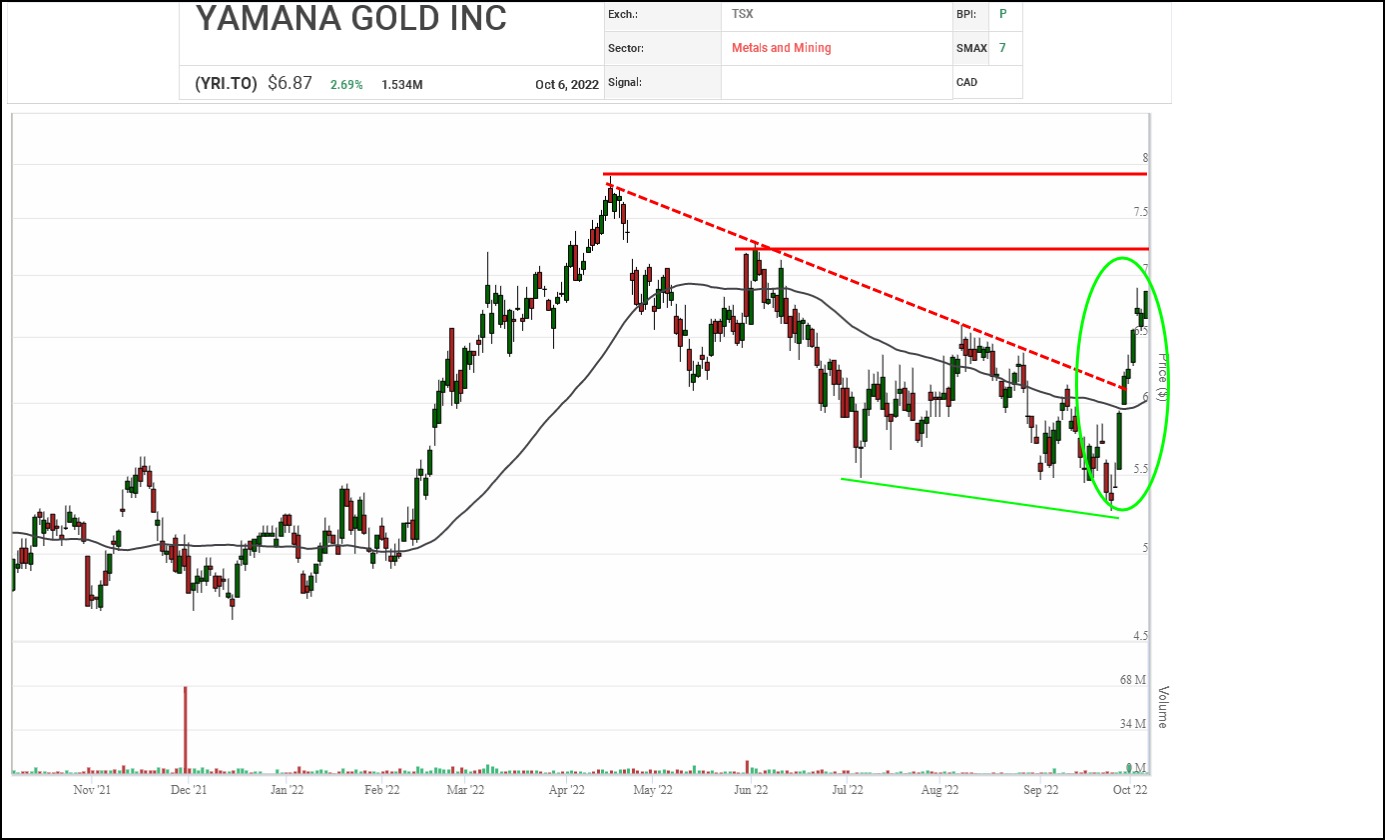 Yamana Gold (YRI.TO) has clearly come under renewed accumulation. A summer downtrend was finally contained by previous support near $5.25. In recent days, the shares have rocketed back upward. First, completing a bullish Bear Trap reversal, then staging two positive pattern breakouts, a bullish Double Top and a bullish Spread Double Top, snapping a downtrend line, and extending the current X column into its largest bullish High Pole since last winter.

Previous peaks suggest potential resistance near $7.25, $7.85, and $8.66 on trend. A horizontal count measures toward $7.70. Initial support appears near $6.30, based on a 3-box reversal and a retest of a recent breakout point.

With its SMAX score jumping from 2 last week to a bullish 7 today, YRI.TO is exhibiting strength against the asset classes. 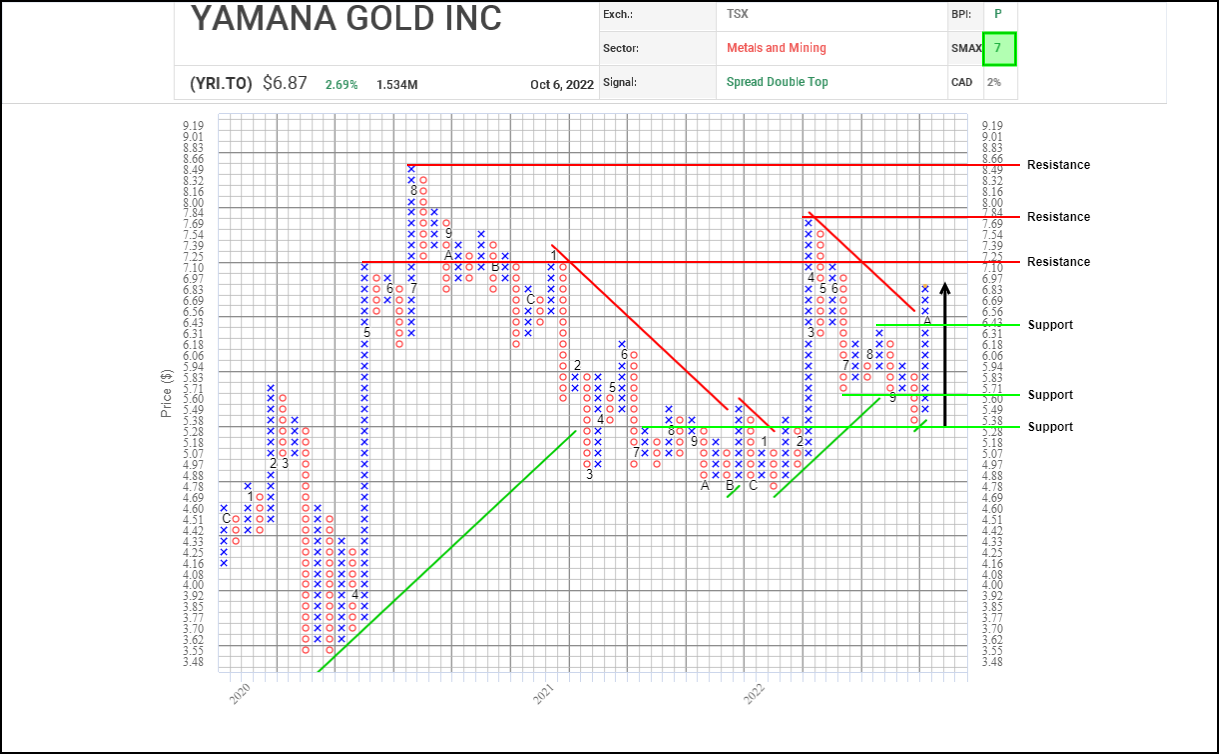