With treasury yields on the rise lately, interest sensitive stocks like electric and natural gas utility Duke Energy (DUK) have come under pressure. An upward trend for DUK within the SIA S&P 100 Index Report that saw the shares climb from the red zone in February, to the green zone in May, recently came to an end with the shares completing a round trip and returning to the Red Unfavored Zone. Yesterday, DUK finished in 57th place, down 27 positions in the last month.

This three-year chart highlights the significance of the current downturn in Duke Energy (DUK) shares. Over the spring and summer, a long-term uptrend topped out with the shares failing three times to overcome resistance near $115. In the last few months, the shares have come under renewed distribution which started slow then accelerated. The last three weeks have seen selling pressure intensify, with declines coming on higher volumes, and bearish technical indicators start to pile up, particularly after the shares broke down below $100 and snapped an uptrend line.

Next potential downside support appears near $80.00, then near $75.00 with initial resistance in place at a previous support level near $95.00. 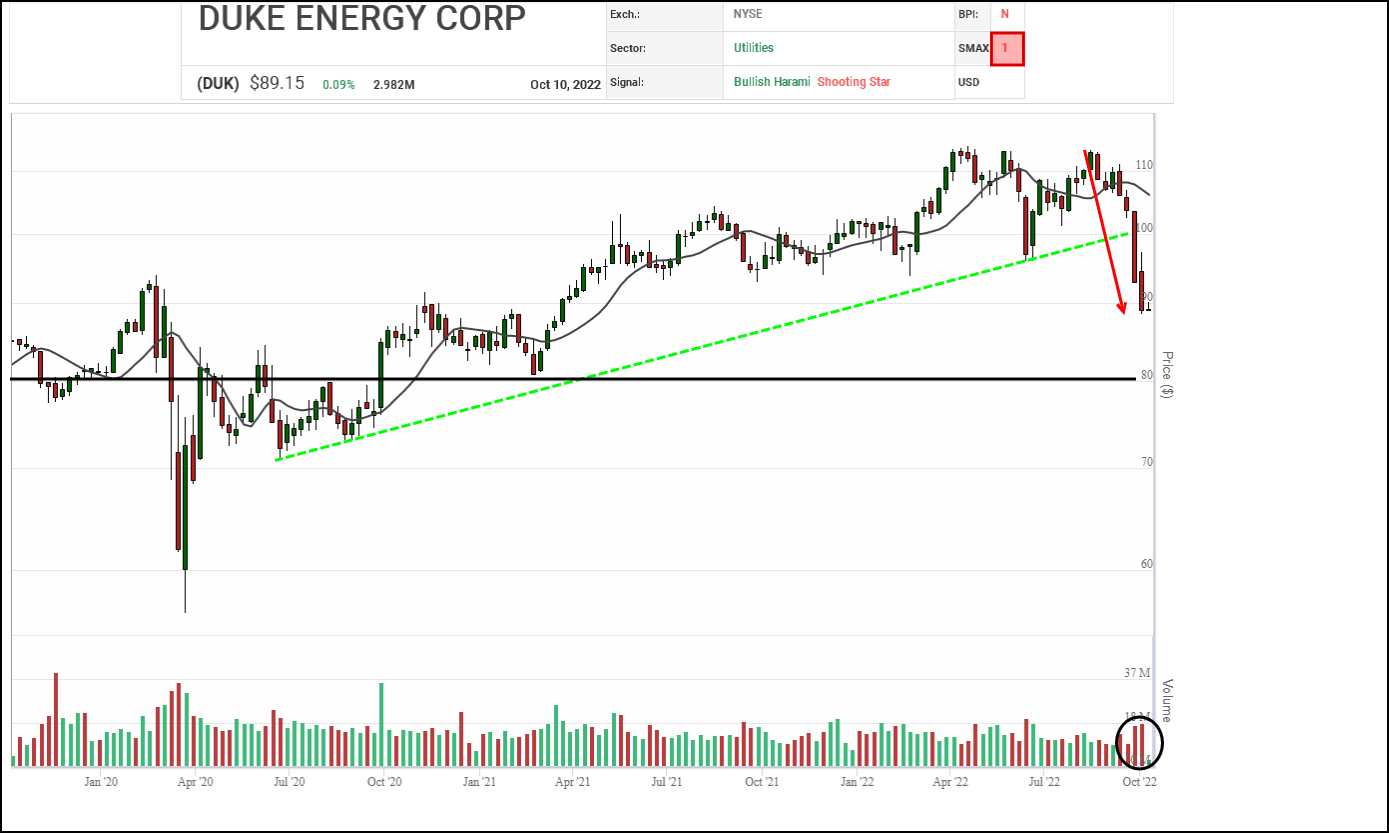 A major breakdown is underway in Duke Energy (DUK) shares. An uptrend that started at the March 2020 market bottom peaked back in April with resistance confirmed in July near $123.70. Since then, the shares have been in retreat, falling down under $90.00 without even a 3 box reversal, or 6%, bounce along the way. The shares have completed bearish Double Bottom and Spread Double Bottom breakdowns and the current selloff has extended into a bearish Low Pole.

A horizontal count suggests near potential downside support near $78.05 then $72.10, which is based on previous lows. Initial rebound resistance appears near $97.05 based on a 3-box reversal and a retest of a breakdown point.

With its bearish SMAX score falling to 1, DUK is exhibiting weakness against the asset classes. 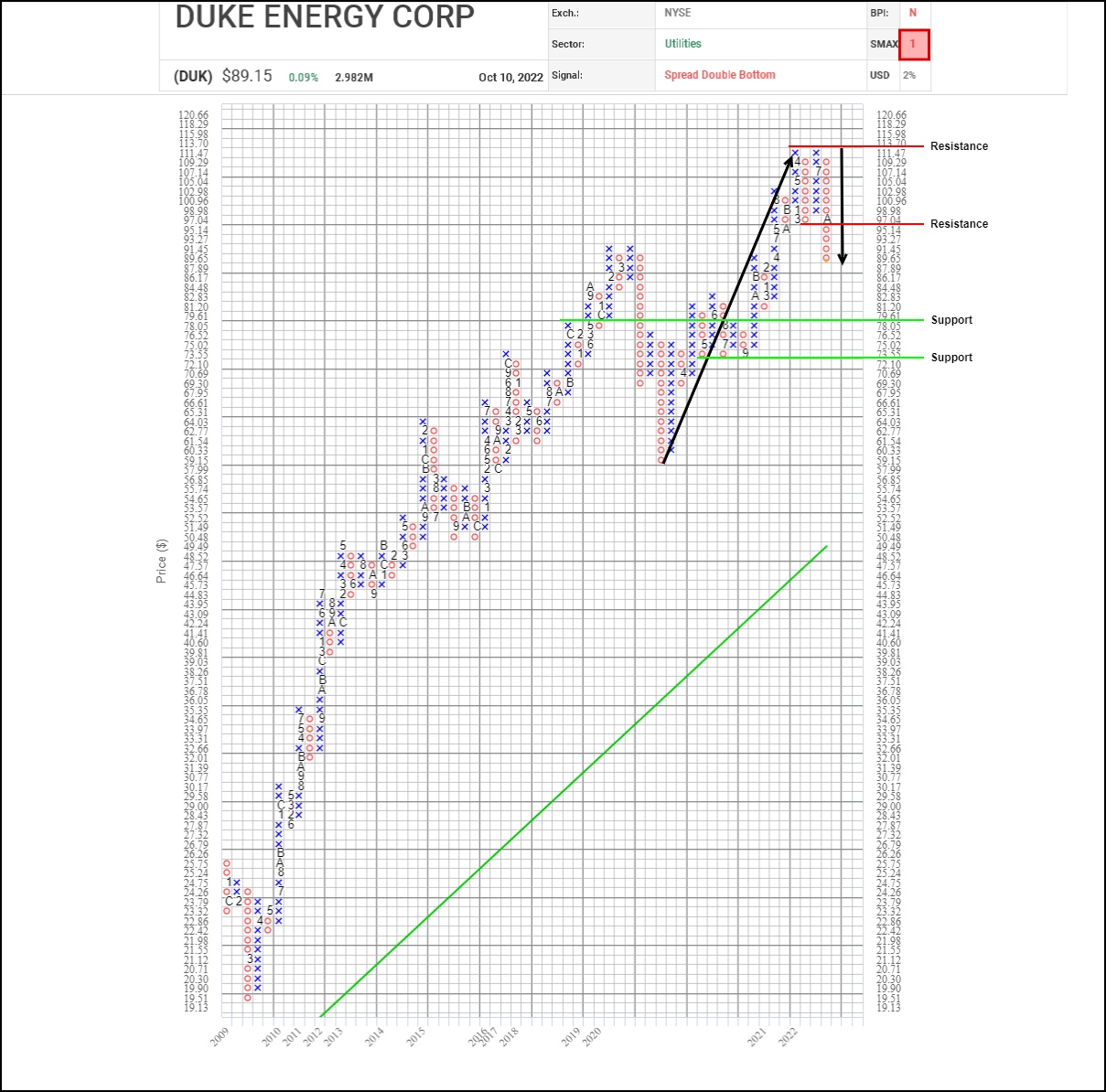