After reporting better than expected profits and subscriber growth last night, Netflix (NFLX) has been trading up 13.5% in premarket action and appears poised for a significant technical breakout today.

Netflix’s relative strength has started to improve lately. It dropped out of the green zone in the SIA S&P 100 Index report back in August of 2020 and has spend most of the last two years stuck in the red zone. In August of this year, it climbed back up into the Yellow Neutral Zone and may potentially increase relative strength today based on premarket action.

Netflix (NFLX) shares appear poised for a major breakout. A big downtrend bottomed out over the course of May to July and since then, a tentative recovery has been underway. Following an initial rally, NFLX has been consolidating between $210 and $250 for the last two months. Recently, Netflix has started to climb on increasing volumes, a sign of renewed accumulation.

A breakout over $250 would complete a large bullish ascending triangle base which has been forming over the last five months and would start to fill in the gap left behind from an April plunge. A close above $275 would snap a downtrend line and confirm the start of a new uptrend with next potential resistance near the $300 round number, then the top of the April gap near $330. Initial support appears at the 50-day moving average near $233. 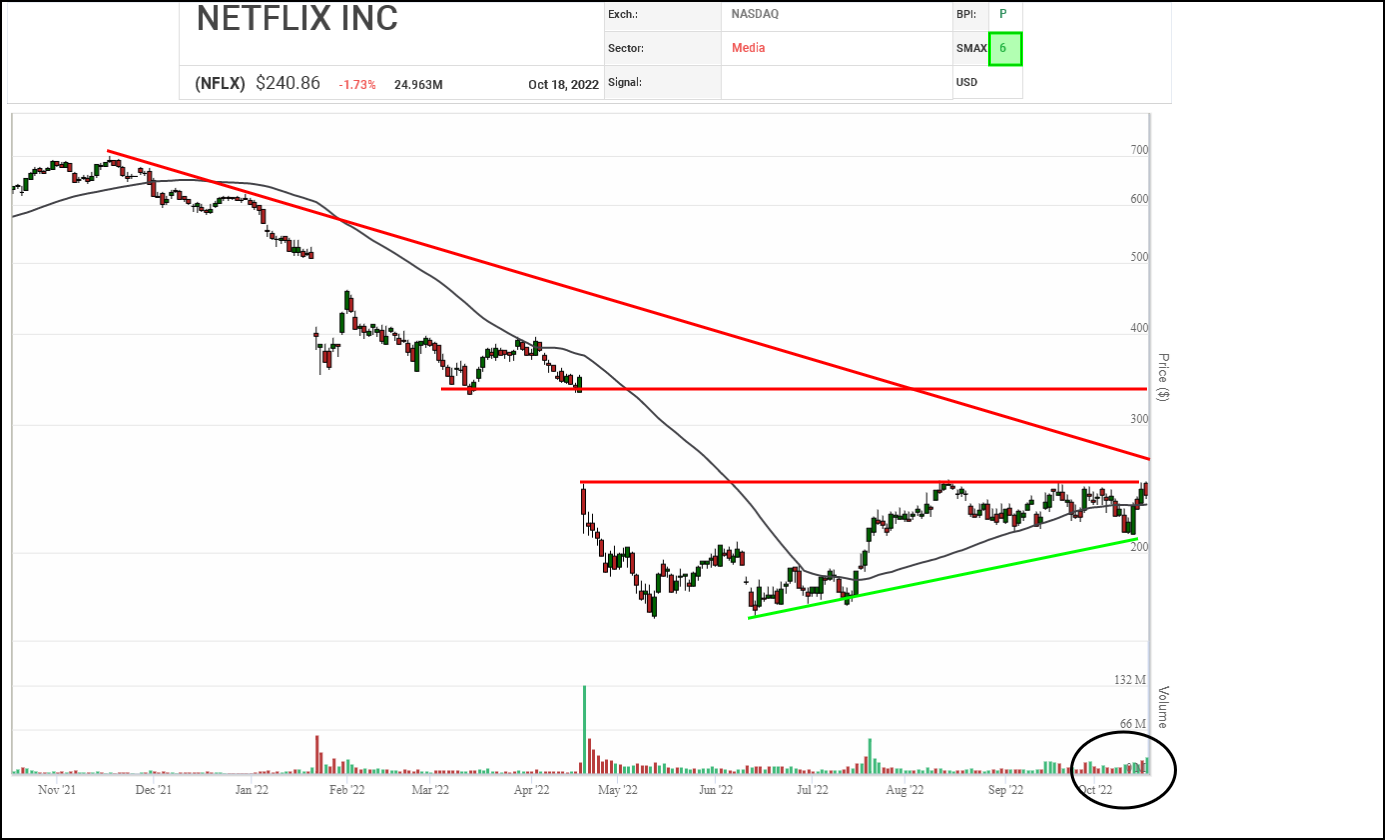 A new recovery trend appears to be emerging in Netflix (NFLX) shares. After peaking near $700.00 back in November of 2021, Netflix plunged off a cliff, diving down toward $170.00 before finally finding a bottom in May. Since then, a staircase recovery pattern has started to emerge. An initial base formed in June-July, then after the shares staged an initial rally in August, they have been consolidating at a higher level and could potentially start a new rally phase today.

A breakout over $250.00 would complete bullish triple top and spread double top patterns and signal the start of a new upleg. Should that occur, next potential resistance may appear near $293.65 based on a pending horizontal count, then the $300.00 round number.

With its SMAX score increasing to a bullish 6, NFLX is exhibiting strength against the asset classes. 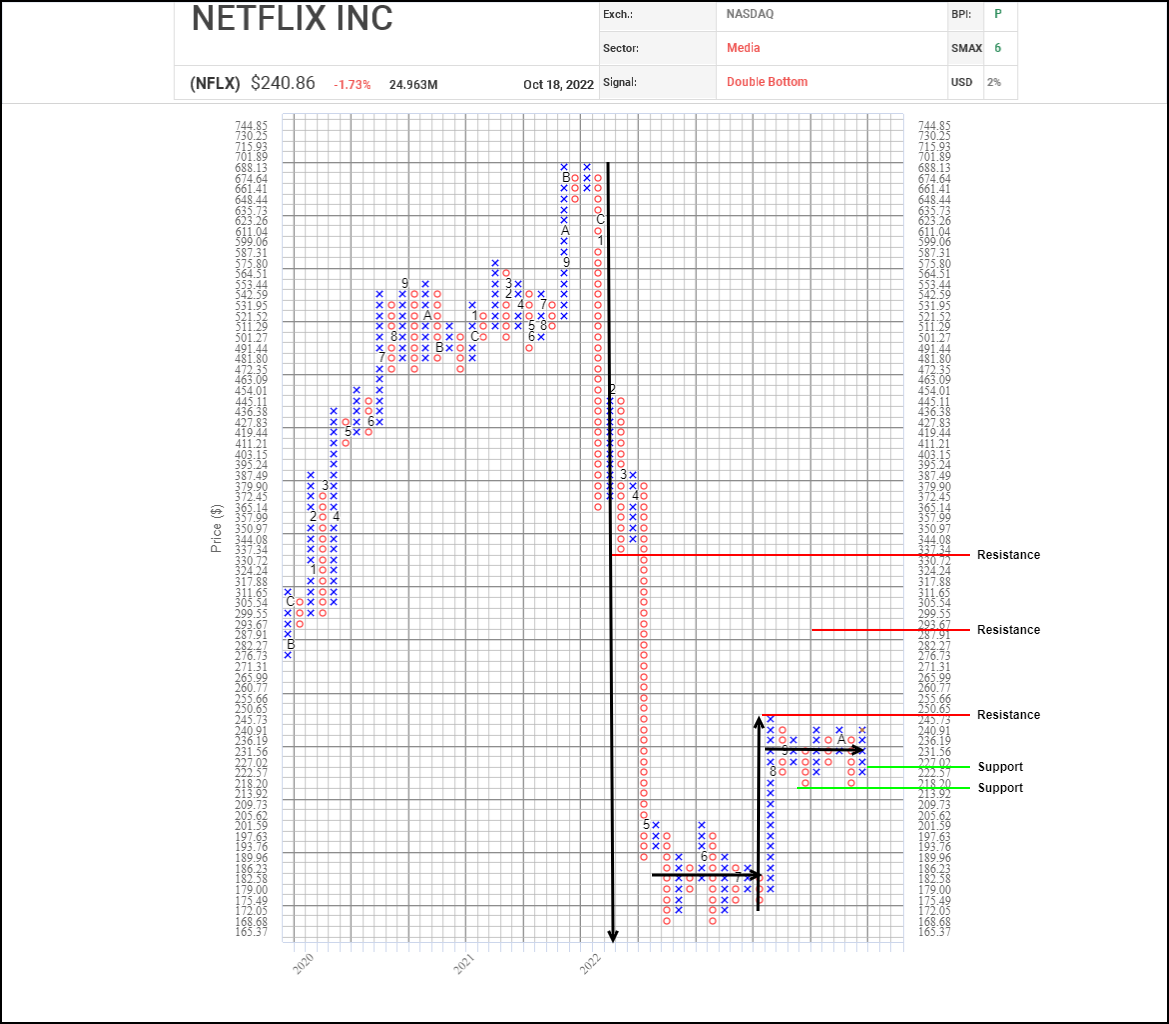