Discount retailer TJX Companies (TJX) who operates the Winners, Marshalls, and HomeSense chains, had been weakening within the SIA S&P 500 Index Report for two years, but since April, it has completely turned around. For the last six months, TJX has been strengthening relative to other big cap companies and yesterday it returned to the Favored Zone for the first time since March of 2020. Currently, TJX is sitting in 122nd place, up 7 spots yesterday and up 54 positions in the last month.

After spending the first half of this year under distribution, TJX Companies (TJX) shares have turned back upward over the summer. Back in July, TJX snapped a downtrend line, and since then have been trending back upward. A successful test of $60.00 support in September set a higher low and since then, a bullish Ascending Triangle has started to emerge with the shares rallying up toward $66.00.

A breakout over $68.00 would complete the triangle and confirm the start of a new uptrend with next potential resistance near $72.00, then $76.00 where a measured move and the January peak converge. Initial support has moved up toward $62.50 from $60.00. 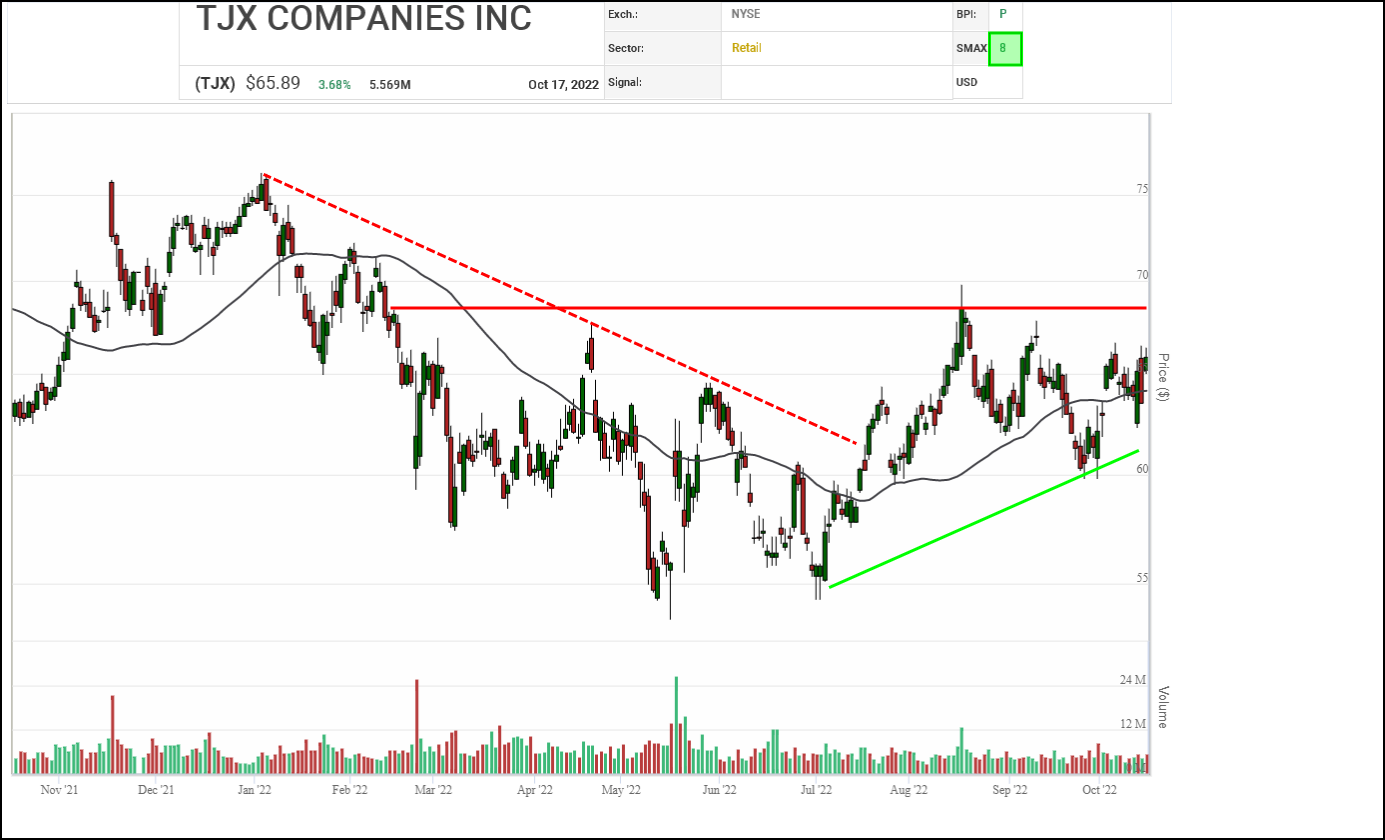 TJX Companies (TJX) shares tumbled to start the year, snapping an uptrend line, but since May, they have been steadily bouncing back. A recent correction triggered a bearish Double Bottom but that appears to be a Bear Trap with the shares quickly staging a positive 3-box reversal and support at the key $60.00 round number holding.

A breakout over $67.50 would complete a pending double top breakout and snap a downtrend line to confirm an upturn and the start of a new upleg. Should that occur, next potential resistance may appear at previous column highs near $68.90 then $76.05, and then $80.70 based on a vertical count. Initial support remains in place near $60.00 where a 3-box reversal, round number and previous column lows cluster.

With a bullish SMAX score of 8, TJX is exhibiting strength against the asset classes. 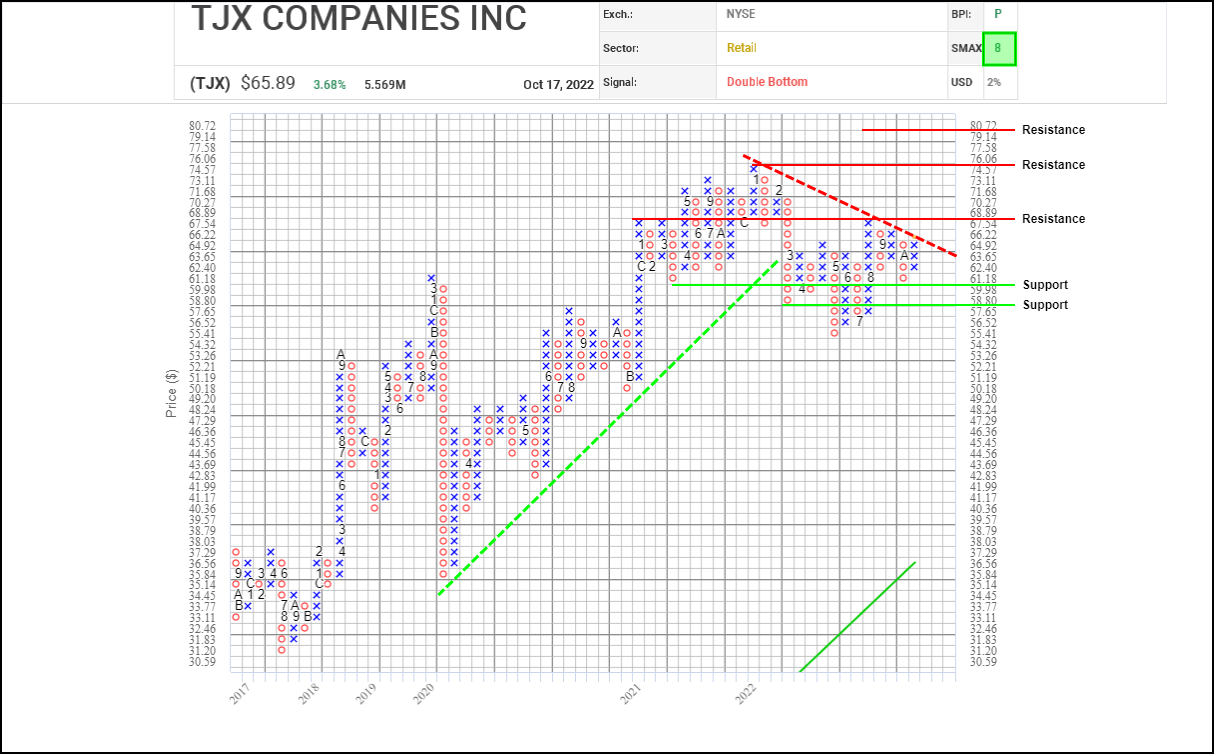