Oil producer Canadian Natural Resources (CNQ.TO) continues to climb back up the rankings in the SIA S&P/TSX 60 Index Report. Bouncing back from a summer slide, CNQ.TO returned to the Green Favored Zone in August. Yesterday it finished in 6th place, up 6 positions on the day and up 23 spots in the last month.

Since a mid-year selloff bottomed out in July, Canadian Natural Resources (CNQ.TO) has been on the rebound. Last month, a correction bottomed out at a higher low near $61.75, and more recently support has moved up toward $70.00.

Yesterday, CNQ.TO staged a major breakout, closing above $75.00 for the first time since June to signal the start of a new upleg. Initial upside resistance appears at the spring peak near $85.00, then $88.75 based on a measured move. 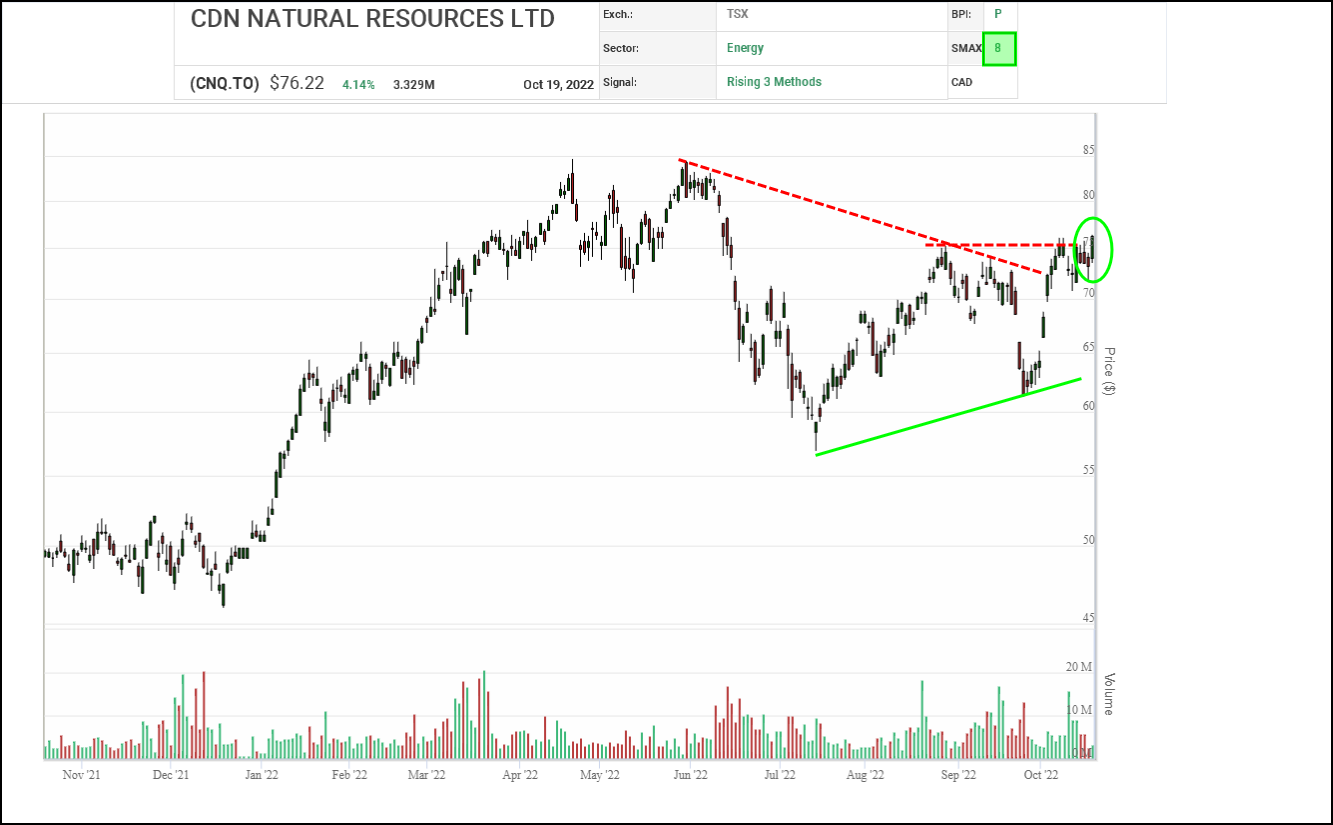 After soaring to start the year, Canadian Natural Resources (CNQ.TO) dropped back in June, but since bottoming out in July, it has increasingly been resuming its primary uptrend. Last month, a correction bottomed out at a higher low and in recent weeks the shares have been under renewed accumulation, completing bullish Double Top and Spread Double Top breakouts.

Next potential resistance appears at the shares previous peak near $83.80, followed by $88.95 where vertical and horizontal counts converge. Initial support appears near $70.10 based on a 3-box reversal.

With a bullish SMAX score of 8, CNQ.TO is exhibiting strength against the asset classes. 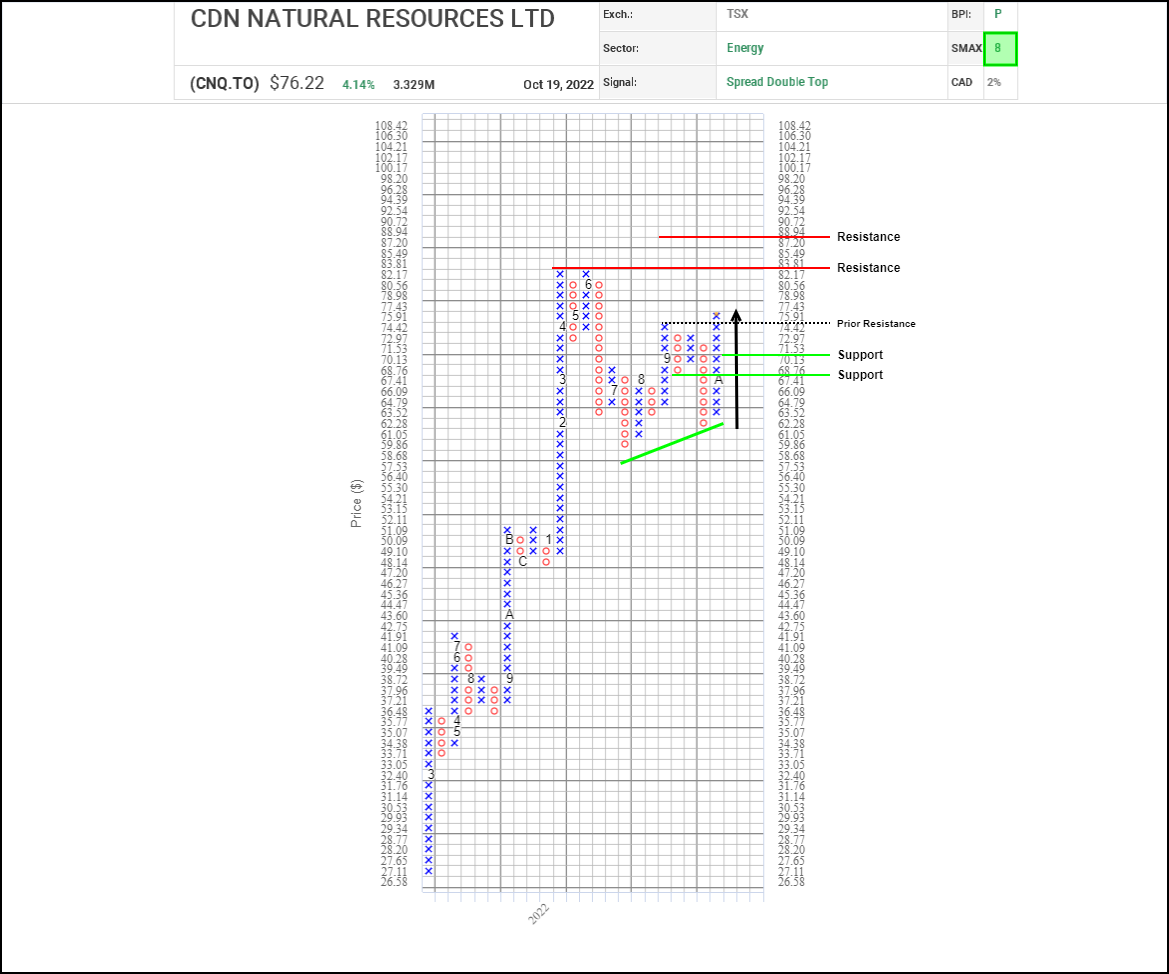