Beverage producer Primo Water (PRMW.TO) has been climbing back up the rankings in the SIA S&P/TSX Composite Index Report. After a couple of false starts over the years, the shares snapped out of a relative strength downtrend and after consistently rising in the rankings since August, has returned to the Green Favored Zone for the first time since the summer of 2020. Yesterday, PRMW.TO finished in 57th place, up 3 spots on the day and up 62 positions in the last month.

In recent editions of the Daily Stock Report, we have been highlighting a number of recent head and shoulders tops, here with Primo Water (PRMW.TO) we have a bullish head and shoulders bottom forming. The head of the pattern formed back in July in a classic Bear Trap Bottom where the shares dipped under $16.00 support for a day then roared right back.

Shoulders formed in March and September near $17.00 support and currently the shares are bumping up against the neckline. A close above $19.00 would complete the base and signal the start of a new uptrend. A measured move suggests next potential upside resistance on a breakout may appear near $22.50 which aligns with previous upswing highs. 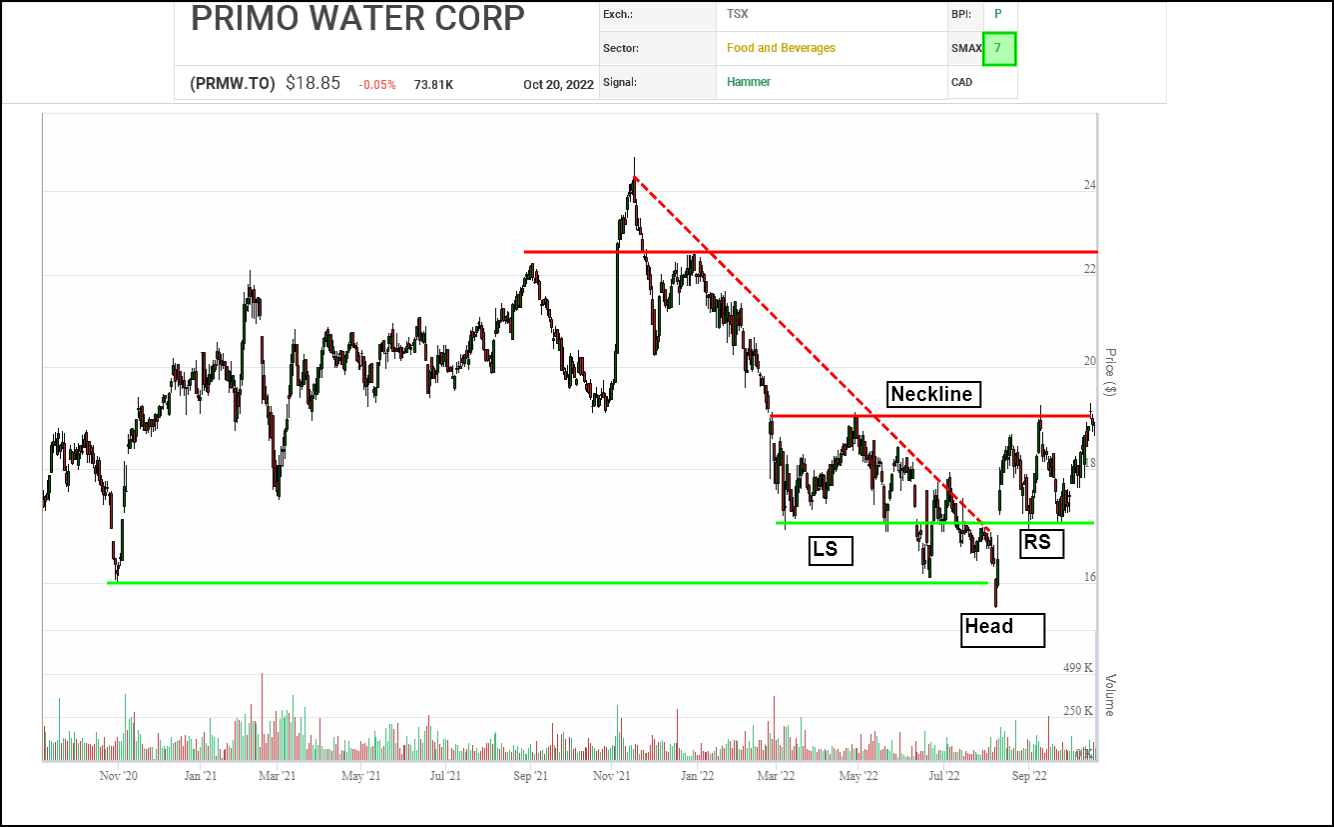 A major breakout is underway in Primo Water (PRMW.TO) shares. Back in July, a downtrend that started last November bottomed out in a bear trap where the shares staged a double bottom breakdown that lasted only two rows before reversing to the upside. After an initial bounce, the shares consolidated in a higher range for two months, a sign of accumulation. The shares have now broken out to the upside again, completing a bullish Triple Top pattern and signaling the start of a new upleg.

Based on vertical and horizontal counts, next potential resistance may appear in the $22.20 to $23.15 zone. Initial support appears near $17.50 based on a 3-box reversal.

With its bullish SMAX score increasing to 7, up from 2 earlier this month, PRMW.TO is exhibiting strength against the asset classes. 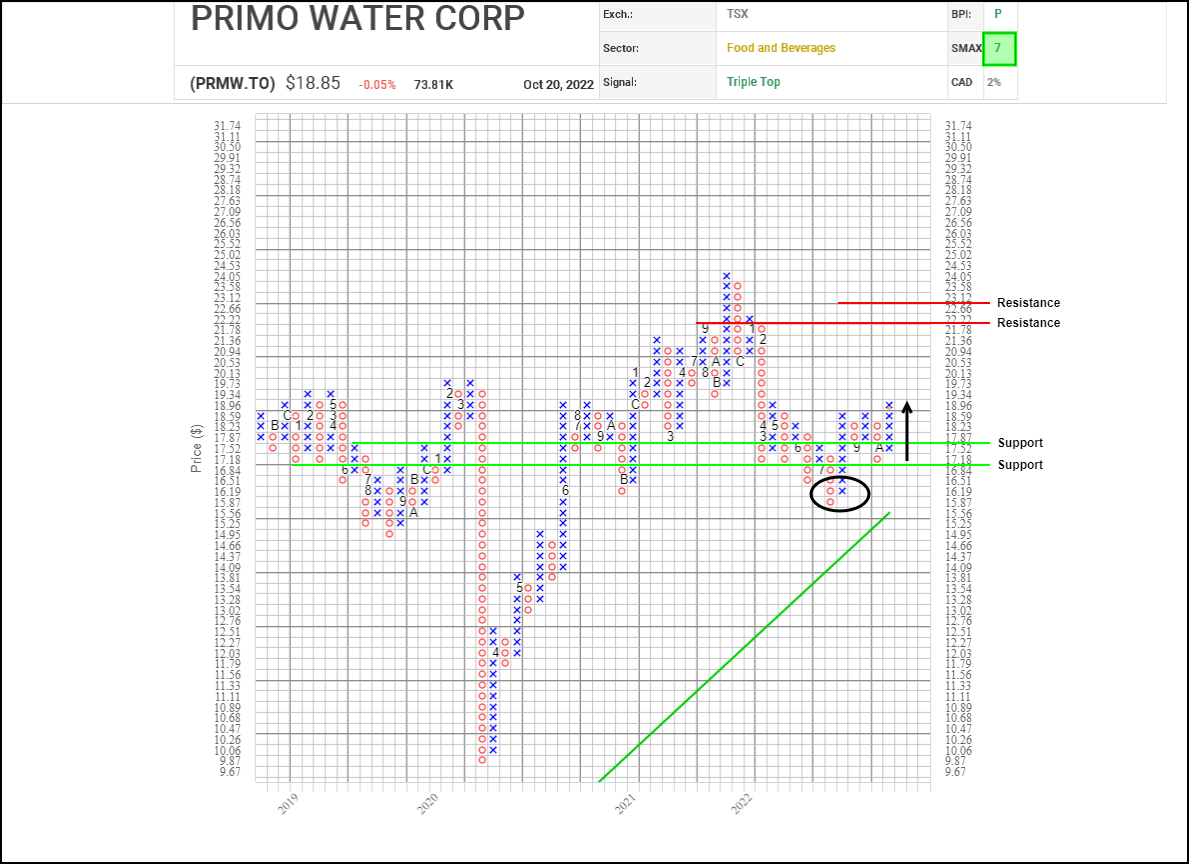