One sector which has had particularly positive earnings this quarter, in terms of both results and guidance, has been US airlines. United Airlines (UAL) has been soaring back up the rankings in the SIA S&P 500 Index Report in the last week on anticipation and then in response to last week’s strong numbers. UAL which spent most of the last year in the red zone, has rocketed up to the top of the Yellow Neutral Zone in recent days. United Airlines is currently sitting in 128th position two spots outside the green zone, after moving up 31 spots in one day and 230 places in the last month.

A major breakout is underway in United Airlines (UAL) shares. Since bottoming out in September, UAL has been steadily recovering lost altitude. Last week, UAL snapped a downtrend line, regained its 50-day moving average and staged a breakaway gap on a big spike in volume, indicating renewed interest. Yesterday, the shares blasted through $40.00 to confirm the start of a new uptrend. 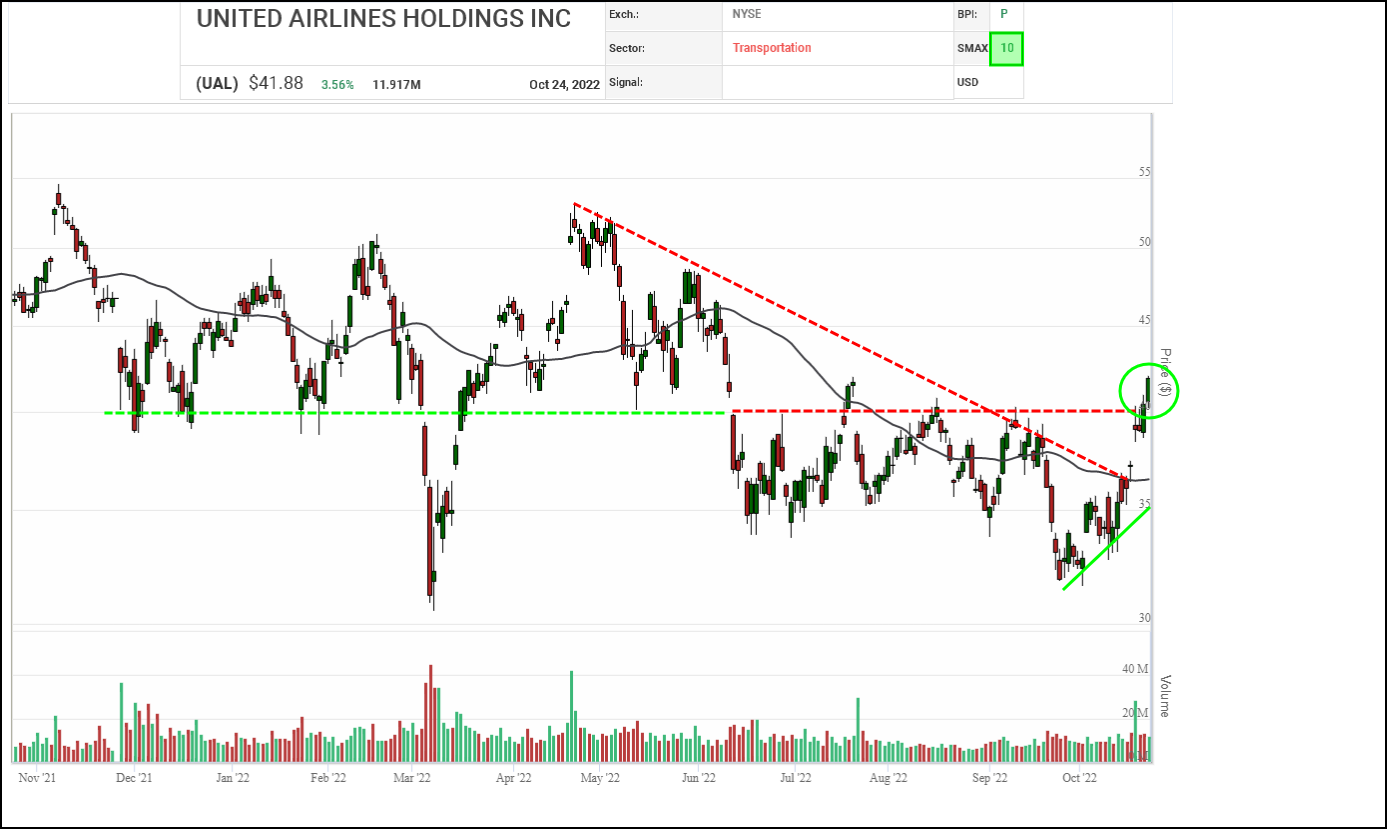 United Airlines (UAL) has staged a dramatic turnaround this month. After breaking down in September, UAL successfully retested support at the March low near $30.00. This month, the shares have taken off, rallying back up above $40.00, snapping a downtrend line and completing a series of bullish Double Top and Spread Double Top breakouts.

Currently UAL is bumping up against $42.15 where a breakout would confirm the start of a new uptrend. Should that occur, next potential resistance on trend appears near $45.65 and $48.45 based on horizontal counts, the $50.00 round number and $51.40 based on previous column highs and lows. Initial support appears near $38.20 based on a 3-box reversal.

With its bullish SMAX score increasing to a perfect 10, up from 1 earlier this month, UAL is exhibiting strength across the asset classes.