Since bottoming out deep in the red zone of the SIA S&P/TSX Composite Index Report back in June, Uranium and Vanadium producer Energy Fuels has been steadily climbing up the relative strength rankings, shrugging off a couple of downdrafts and driving toward the top of the Green Favored Zone. Yesterday, Energy Fuels climbed 9 spots to 16th place and it is up 102 positions in the last month.

Energy Fuels (EFR.TO) staged a big breakout yesterday. The shares bottomed out in late June and since then, a new uptrend of higher lows has emerged. Following an August rally, the shares had spent the last two months consolidating gains in a symmetrical triangle of higher lows and lower highs, a pattern that was successfully resolved to the upside yesterday. In so doing, EFR.TO also snapped a downtrend line that dated back to April, confirming the start of a new uptrend. 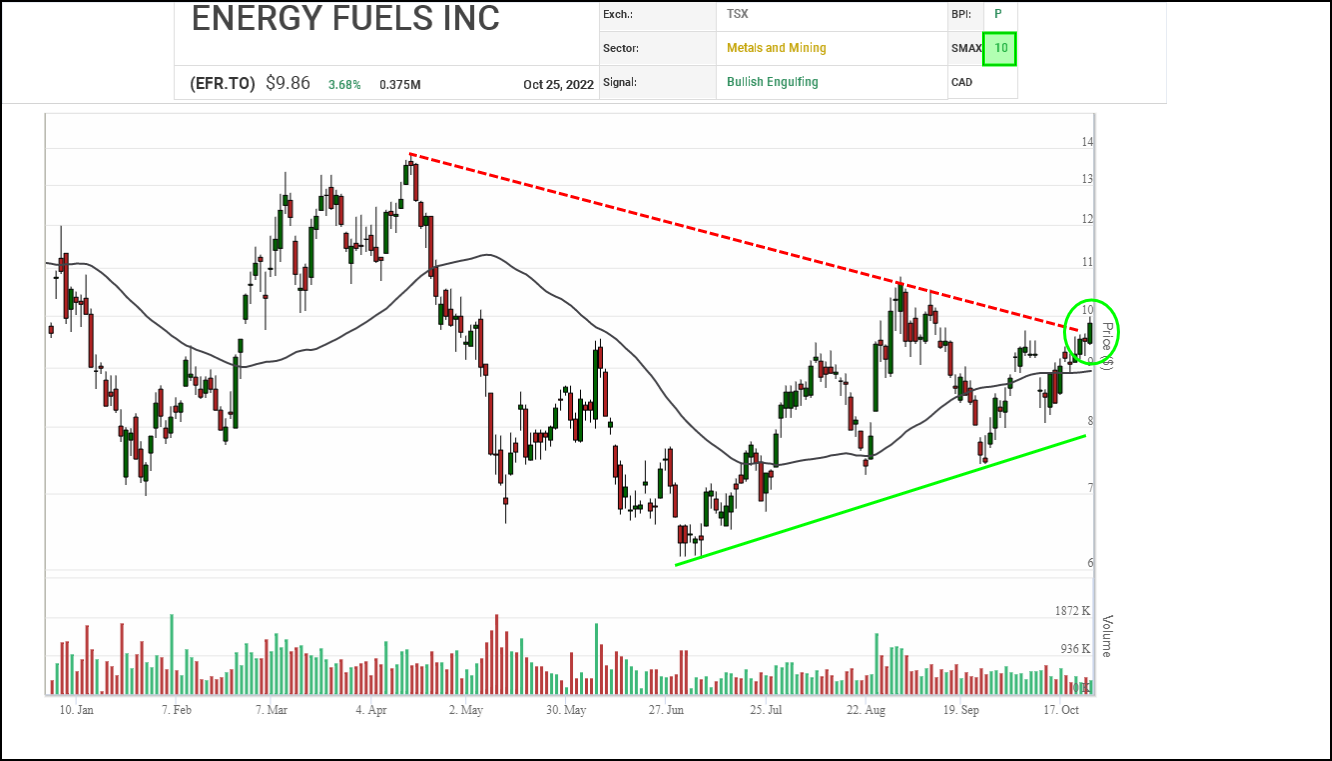 Since bottoming out near $6.25 back in July, Energy Fuels (EFR.TO) has been under renewed accumulation, establishing a new uptrend of higher lows and completing a series of bullish Double Top breakouts, including the current upswing that is approaching the $10.00 round number.

Initial upside resistance appears in a range between $10.85 ad $11.30, a zone which includes several previous column highs including one set back in August. A horizontal count suggests potential resistance near $12.25. Initial support appears near $9.10 based on a 3-box reversal.

With its bullish SMAX score increasing to a perfect 10, up from 3 last month, EFR.TO is exhibiting strength across the asset classes. 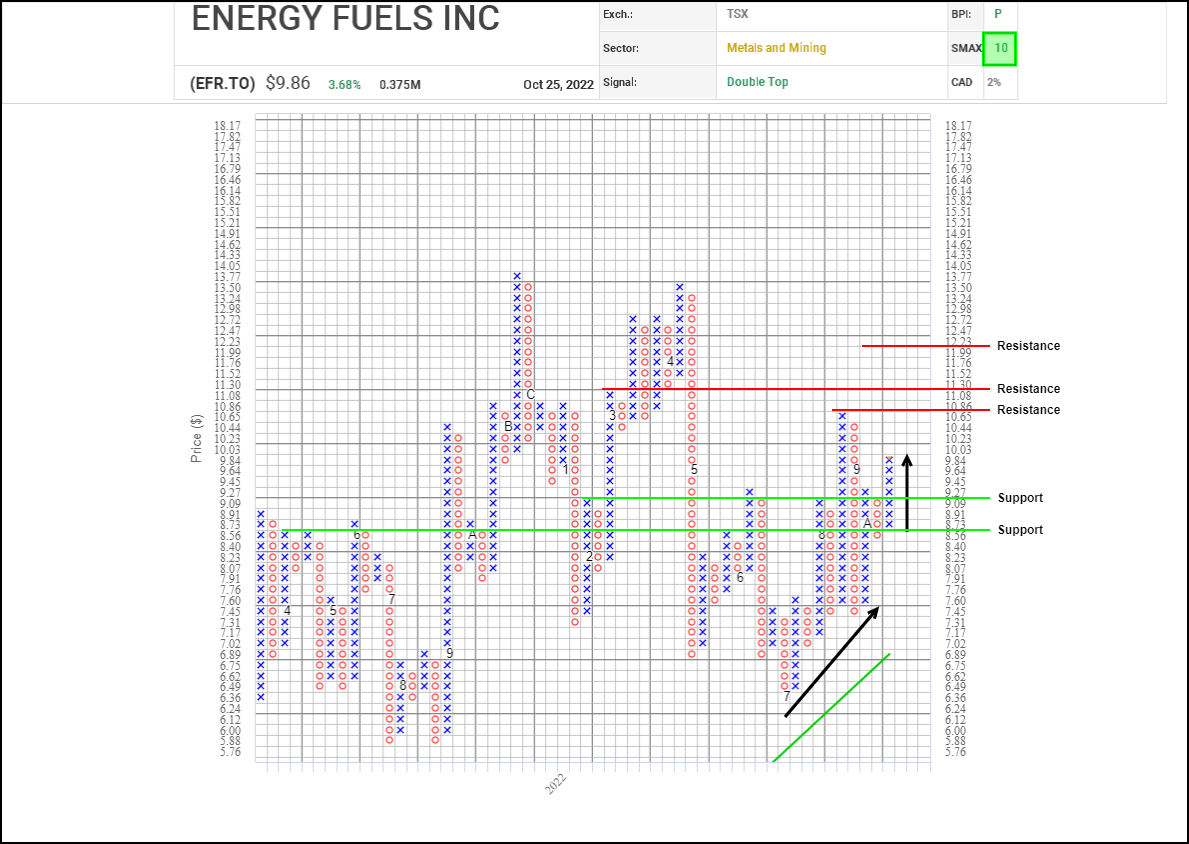