Online arts, crafts and gifts retailer Etsy (ETSY) has soared up the rankings in the SIA S&P 500 Index Report, climbing 389 positions in the last month, including 35 spots yesterday to 70th place. ETSY started deep in the red zone but has now returned to the Green Favored Zone for the first time since December of 2021.

Etsy (ETSY) shares staged a major breakout yesterday. Since bottoming out in June, ETSY has been building a base for recovery. Following an initial breakout, the shares settled into an $87.50 to $125.00 trading range. Following the last successful retest of channel support in early November, accumulation has accelerated, capped off by yesterday’s breakout over $120.00 on increased volume that completed a bullish Ascending Triangle pattern and has signaled the start of a new upleg. 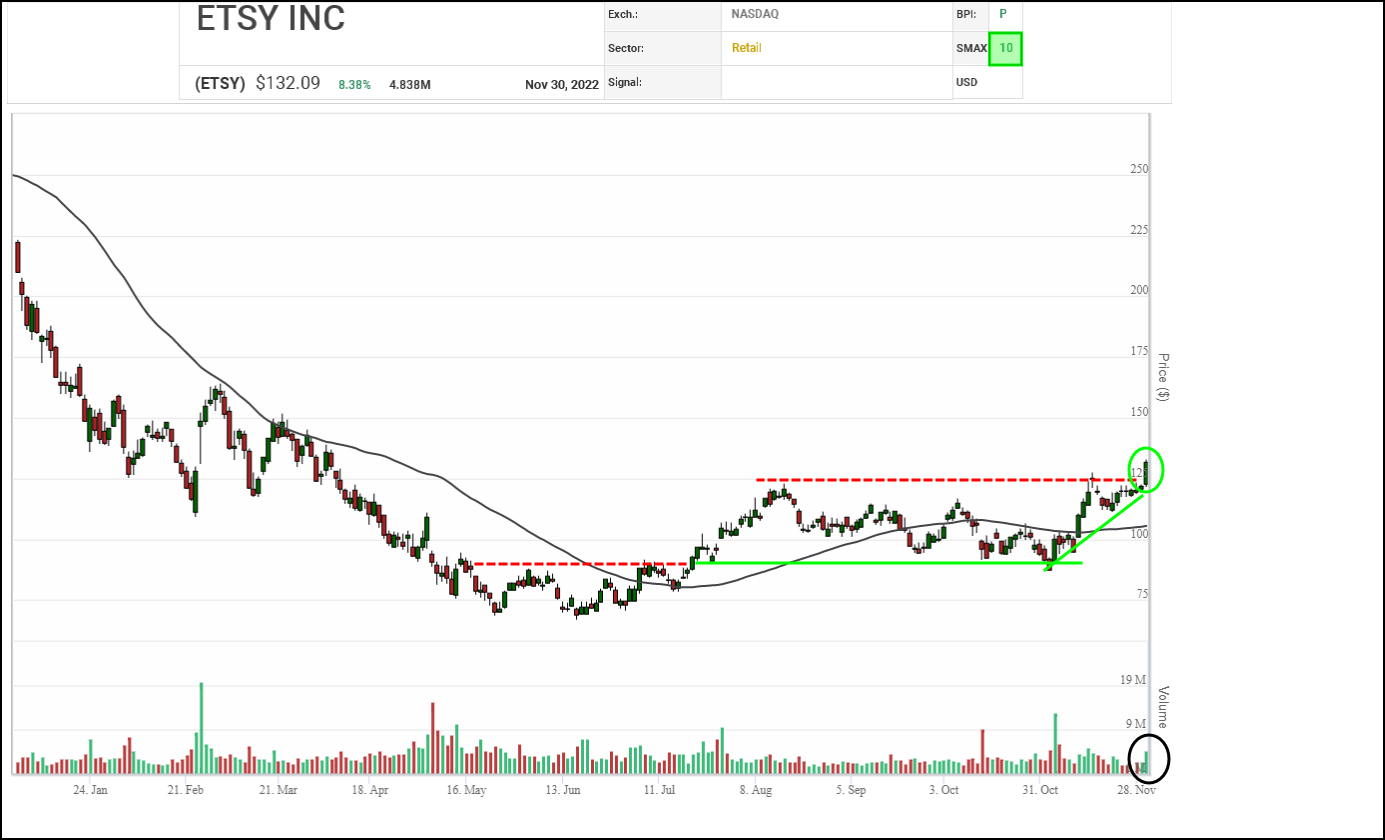 A seven month selloff in Etsy (ETSY) shares bottomed out back in June in a Bear Trap bottom and since then, they have been recovering lost ground. Over the last five months, a new uptrend of higher lows has emerged with the shares

The current upleg faces initial resistance at a 45-degree downtrend line near $141.45, followed by $159.309 and $172.45 where horizontal counts align with previous column highs and lows. Initial support appears near $120.70 based on a 3-box reversal.

With a perfect SMAX score of 10, ETSY is exhibiting strength across the asset classes. 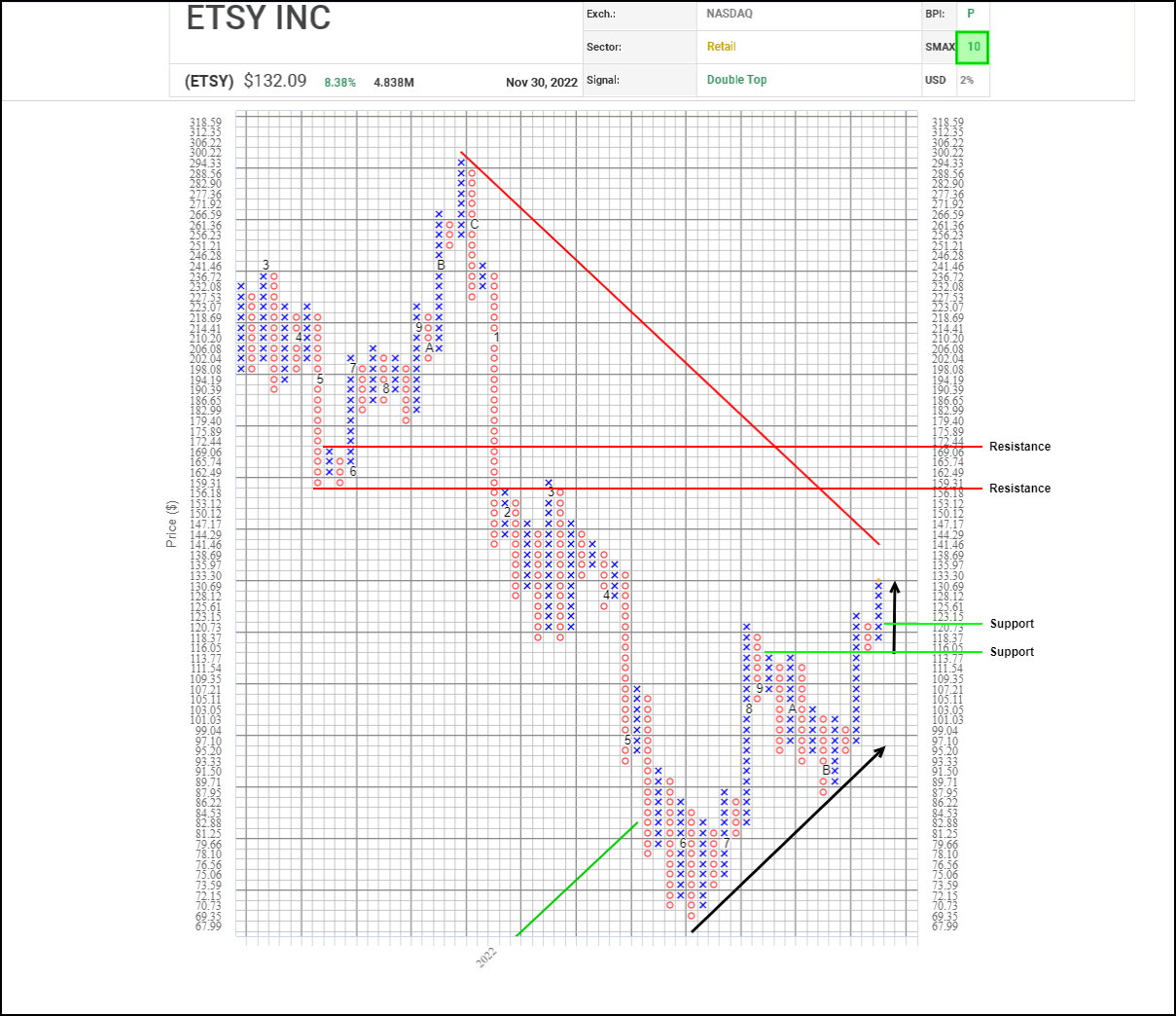