Online shopping website support company Shopify (SHOP.TO) continues to climb up the relative strength rankings in the SIA S&P/TSX 60 Index Report. A move that started deep in the red zone in late October has culminated with SHOP.TO returning to the Green Favored Zone for the first time since August. SHOP.TO jumped 12 positions yesterday to 7th place and it has moved up 23 spots in the last month.

A major breakout is underway in Shopify (SHOP.TO) shares. Since May, the shares have been building a base for recovery between $40.00 and $55.00 with a final bottom coming in October closer to $33.00. In recent weeks, the shares have come under accumulation, regaining their 50-day moving average and building a new uptrend of higher lows. This week, investor has increased with the shares launching upward off of $50.00 and breaking out over $55.00 to complete a bullish Ascending Triangle pattern on a jump in volume, signaling the start of a new uptrend.

Based on measured moves, initial upside resistance may appear near $70.00 or $77.00. Initial support moves up to the $55.00 breakout point from the $50.00 round number which aligns with a trend support line. 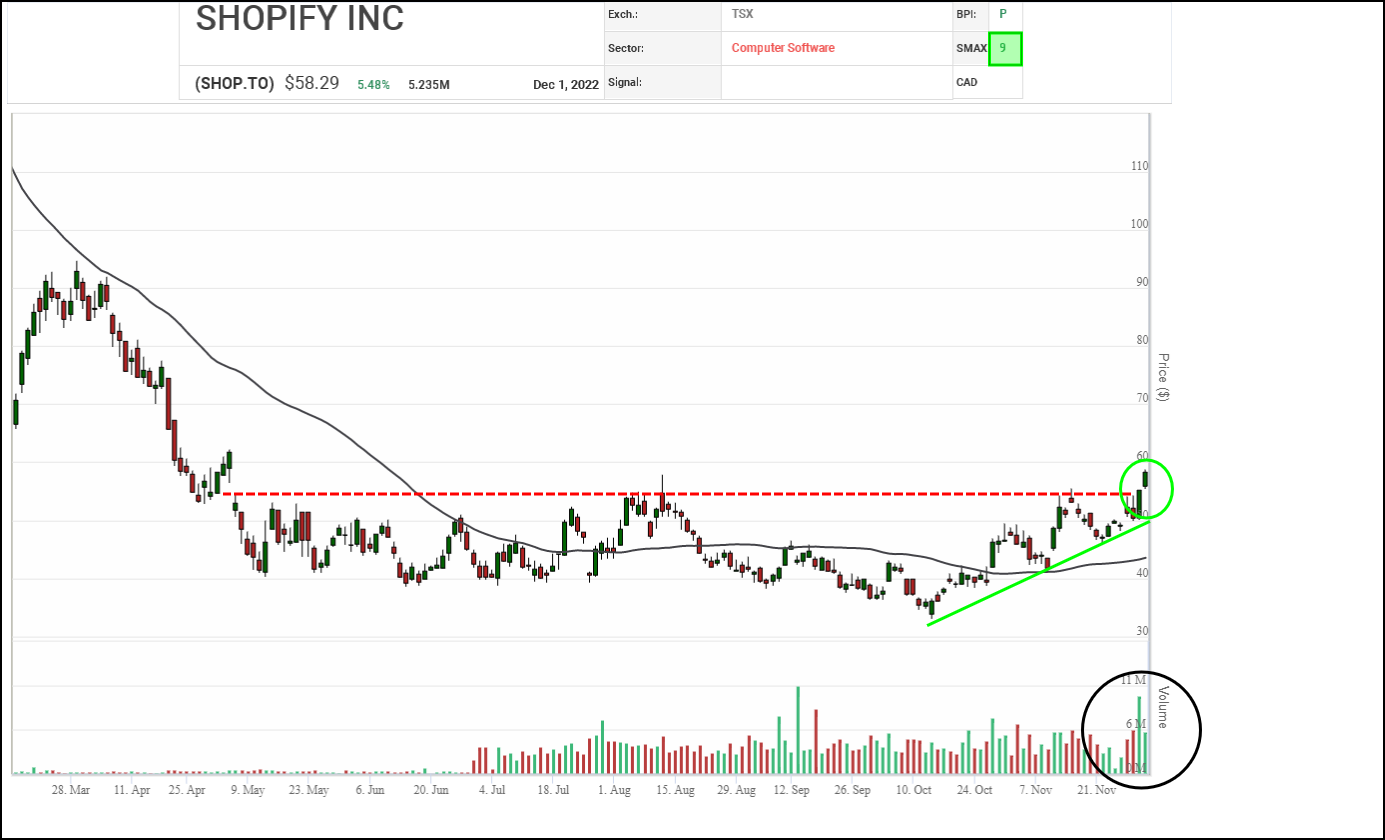 A new recovery trend appears to be getting underway in Shopify (SHOP.TO) shares. Between November of 2021 and May of this year, the shares staged a major selloff. After May, however, the overall trend shifted from downward to sideways. The shares finally bottomed out in a Bear Trap reversal back in October and since then they have been under renewed accumulation. Over the last several weeks, a new uptrend of higher lows has emerged, along with a series of bullish Double Top pattern breakouts.

Yesterday, SHOP.TO blasted through $54.00 to trade at its highest level since May confirming the start of a recovery play. Vertical and horizontal counts suggest initial resistance may appear near $63.40 or $68.65, followed by $75.75 where a previous column high aligns with the $75.00 round number. Initial support appears near $53.05 based on a 3-box reversal and a retest of the recent breakout point.

With its bullish SMAX score increasing to 9, SHOP.TP is exhibiting strength against the asset classes. 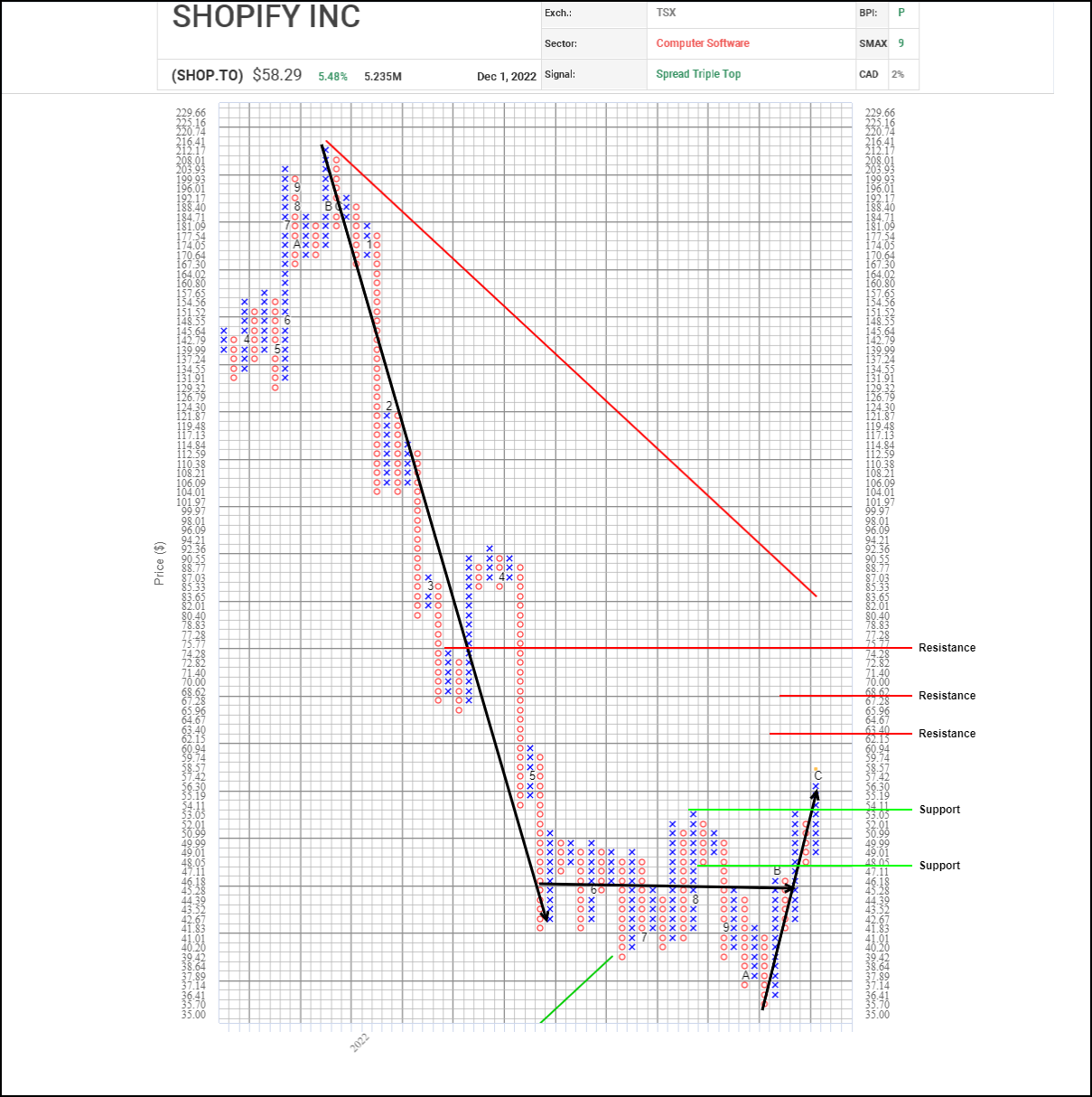