Amid positive developments for the sector in China related to license renewals and the economy reopening, casino stocks have been attracting renewed interest, including Wynn Resorts (WYNN). After spending over a year stuck in the red zone of the SIA S&P 500 Index Report, WYNN has been climbing back up the rankings since August and returned to the Green Favored Zone last month for the first time since April of 2021. Since returning to the Green Zone, WYNN shares have gained 10.8%. Yesterday, WYNN climbed 7 spots to 9th place and it us up 145 positions in the last month. Back in June, a year-long downtrend in Wynn Resorts (WYNN) shares bottomed out near $55.00. the shares then spent four months trading between there and $75.00, building a base for recovery. A breakaway gap on a volume spike at the end of October that regained the 50-day average signaled renewed investor interest and the start of a new uptrend. Higher lows, a breakout from the base over $75.00 and continued advances confirm that accumulation continues.

A measured move from the base suggests potential resistance tests near $95.00 and $115.00 on trend. The $100.00 round number also appears as potentially significant resistance with a round number aligning with previous peaks. Initial support has moved up to $80.00 from the $75.00 breakout point. 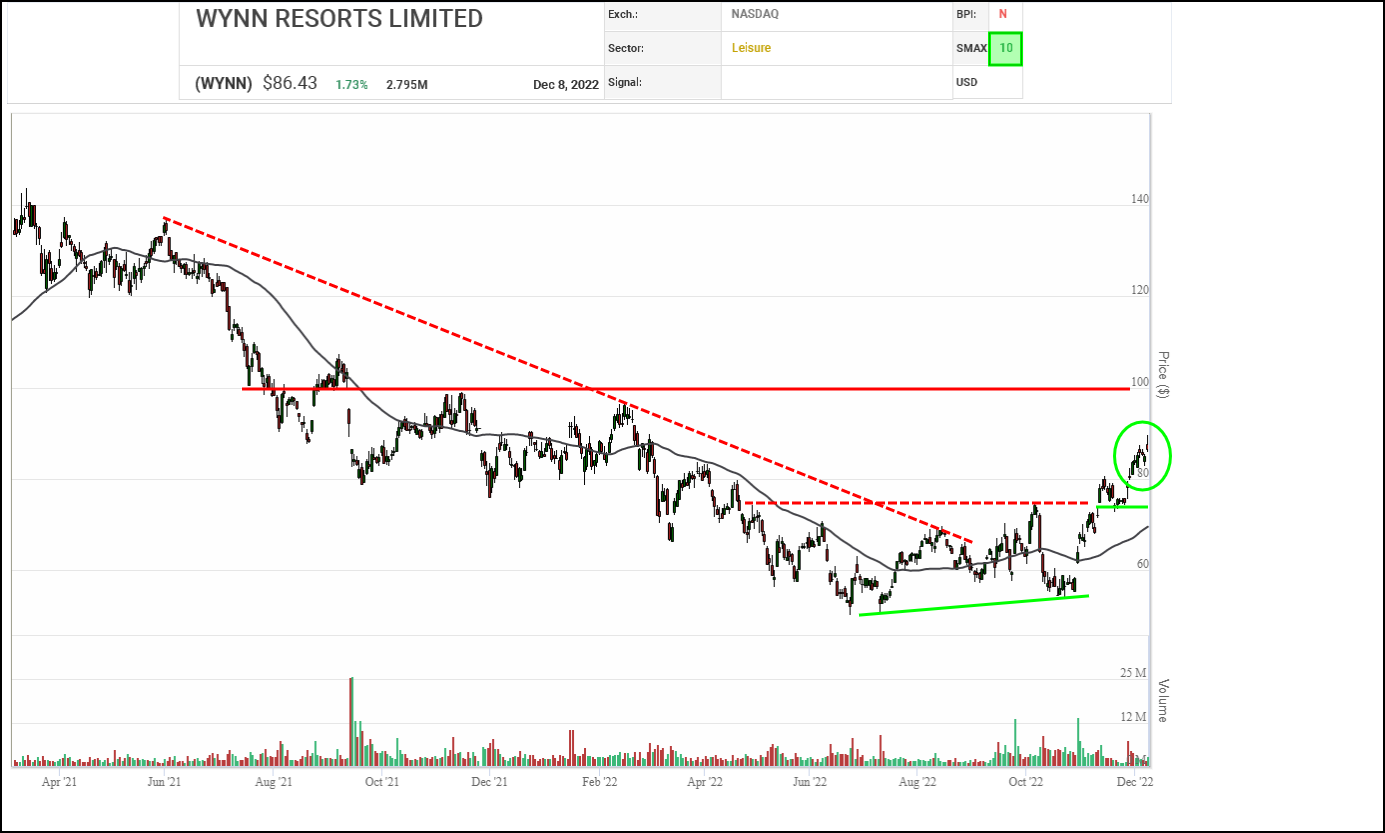 Six months ago, a major downtrend in Wynn Resorts (WYNN) shares bottomed out near $52.00. Since then, the technical picture for WYNN has increasingly been improving. In October, WYNN broke out of a downtrend and completed a bullish Spread Double Top breakout. Following a correction, the shares have rallied over the last month regaining lost ground and launching into a new upleg with a bullish Double Top breakout extending into a bullish High Pole.

A horizontal count suggests initial upside resistance may appear near $93.60, followed by $99.30, a previous column high which is also close to the $100.00 round number. Initial support appears near $78.30 based on a 3-box reversal.

With a perfect SMAX score of 10, WYNN is exhibiting strength across the asset classes. 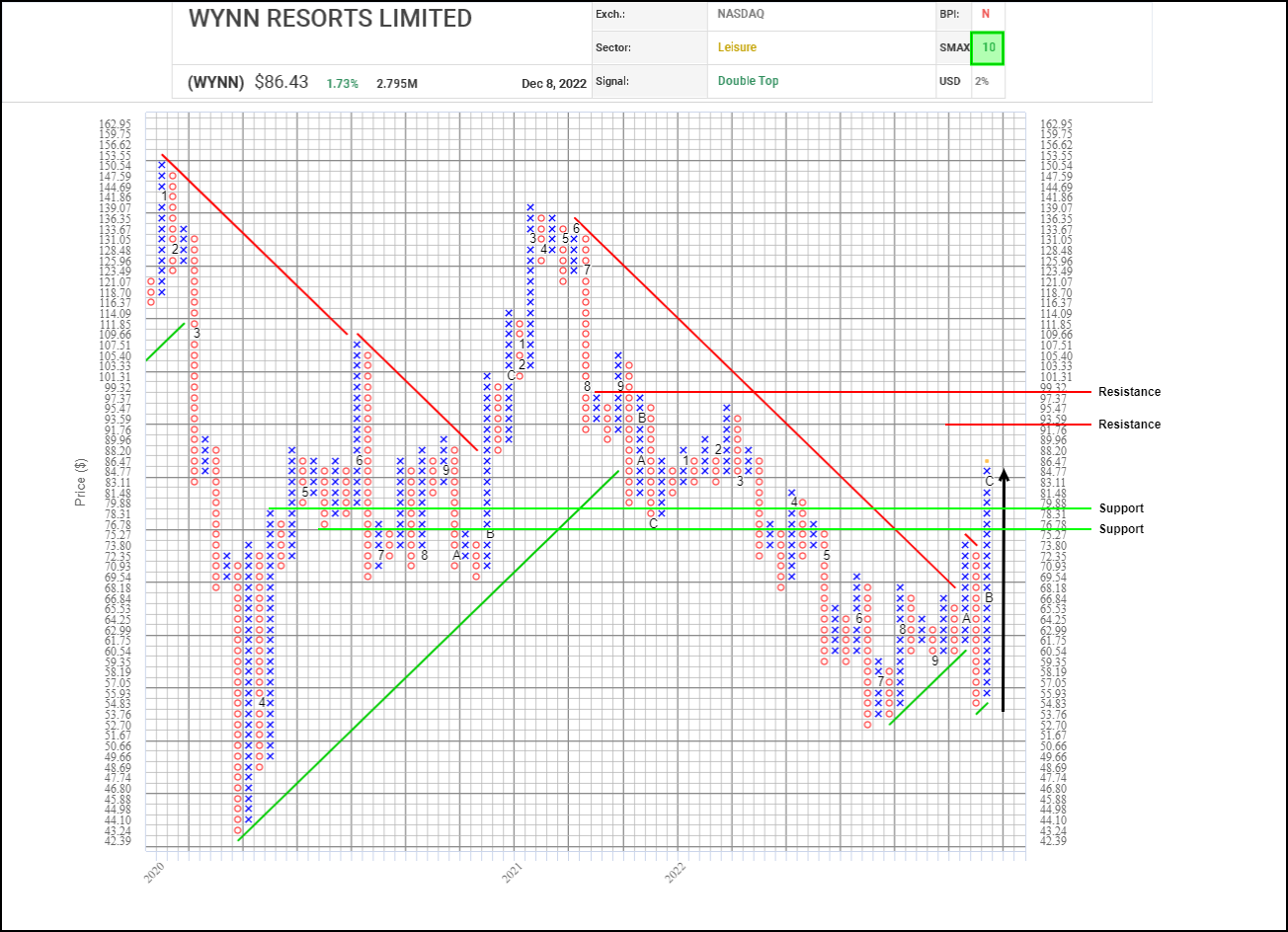