Environmental engineering company WSP Global (WSP.TO) recently bounced back up into the Green Favored Zone of the SIA S&P/TSX Composite Index Report from a short dip into the red zone. Since it first re-entered the Green Zone in July from a four-month absence, the shares are up 11.1%. Last week, WSP.TO shares moved up 7 positions to 57th place.

Since bottoming out in May, WSP Global (WSP.TO) shares have been under renewed accumulation, steadily recovering lost ground through a series of rallies followed by periods of consolidation as shown by the three symmetrical consolidation triangles of higher lows and lower highs.

Currently, WSP.TO is in a consolidation phase with support in place at the 50-day moving average near $160.00 and initial resistance near $165.00. A breakout from the triangle would signal the start of a new upleg with next potential upside resistance at recent highs near $170.00, followed by $182.00 and $191.50 which are based on measured moves from some of the triangles. A breakdown below $160.00, however, would signal a downturn with next potential support near $155.00 then the $150.00 round number. 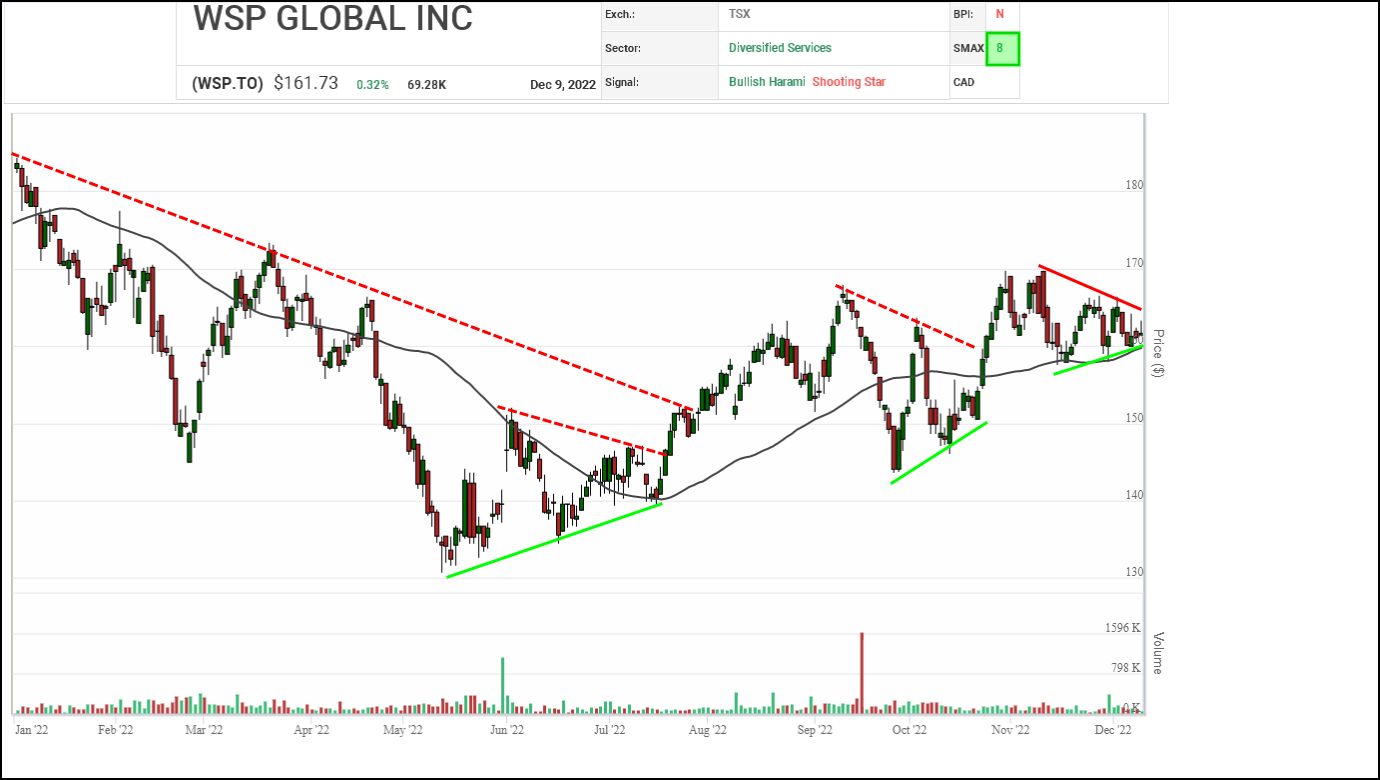 Back in May, a downswing in WSP Global (WSP.TO) shares bottomed out near $132.50 and since then, their longer-term uptrend has resumed as shown by the series of higher lows since then and the snapping of a downtrend line in October. More recently the shares have broken out over $167.00 which completed a bullish Double Top pattern and confirmed the start of a new upleg. Initial upside resistance may appear at the shares’ previous peak near $188.17, then $199.65 where a vertical count converges with the $200.00 round number. Initial support appears near $154.30 based on a common 3-box reversal.

With a bullish SMAX score of 8, WSP.TO is exhibiting strength across the asset classes. 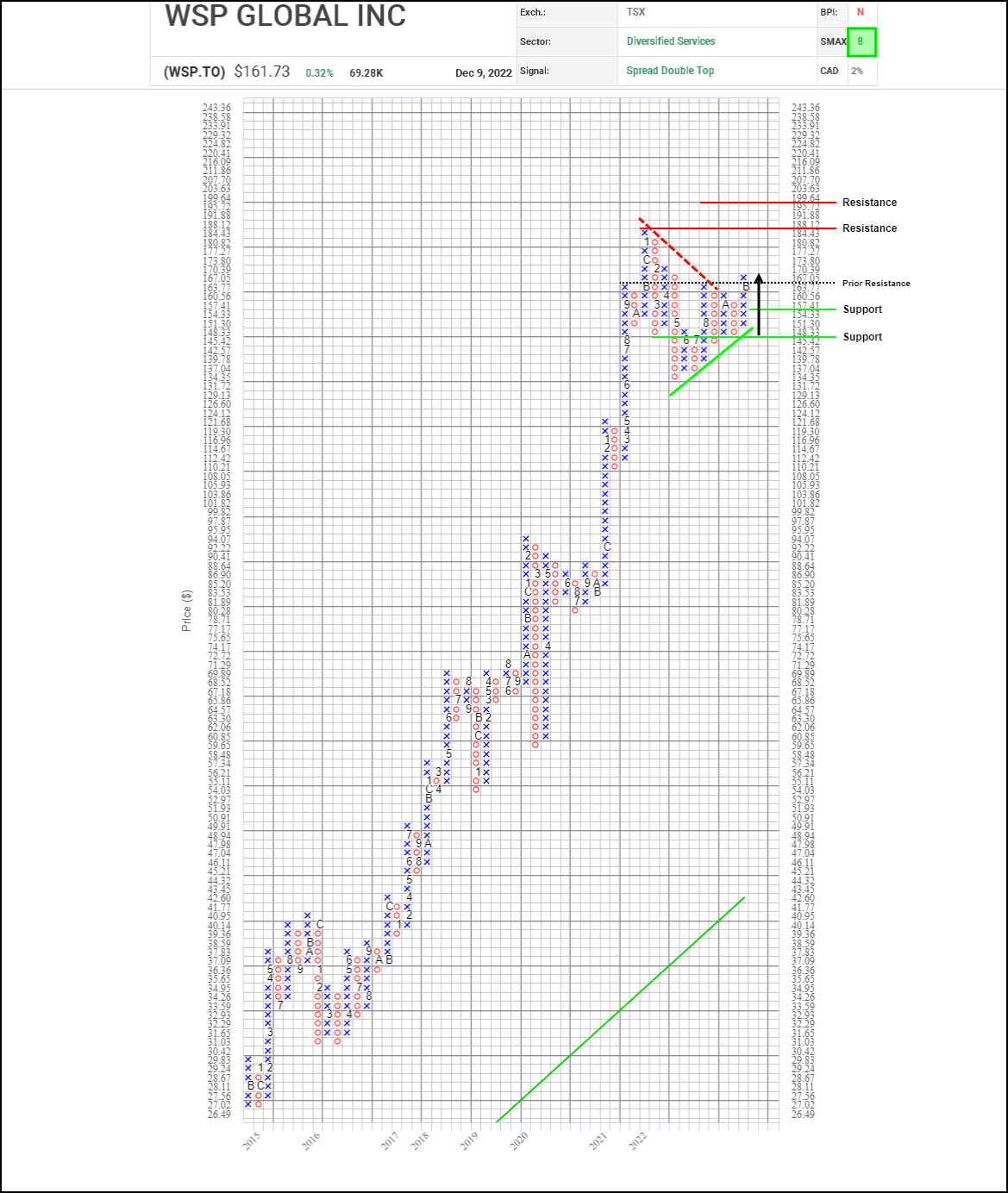