Chipmaker for data center applications Broadcom (AVGO) started climbing back up the rankings in the SIA NASDAQ 100 Index Report in October. Yesterday it returned to the Green Favored Zone in 26th

place after climbing 4 spots yesterday and 21 positions in the last month. A shift from distribution to accumulation in Broadcom (AVGO) shares has become increasingly apparent over the last two months. A downtrend which started in December bottomed out in October and since then AVGO has been turning the corner, regaining its 50-day average and snapping a downtrend line. Most recently, the shares have started to climb on increasing volume, including a Bullish Engulfing candle, and a breakaway gap. The shares have regained $550, and appear poised for a major breakout from a base, but they need to close above their August peak near $558. Should that occur, next potential resistance on trend may appear in the $560-$610 area between a previous resistance point and a round number, then the March high near $650. Initial support appears near $540 and $520, the top and bottom of the recent gap. 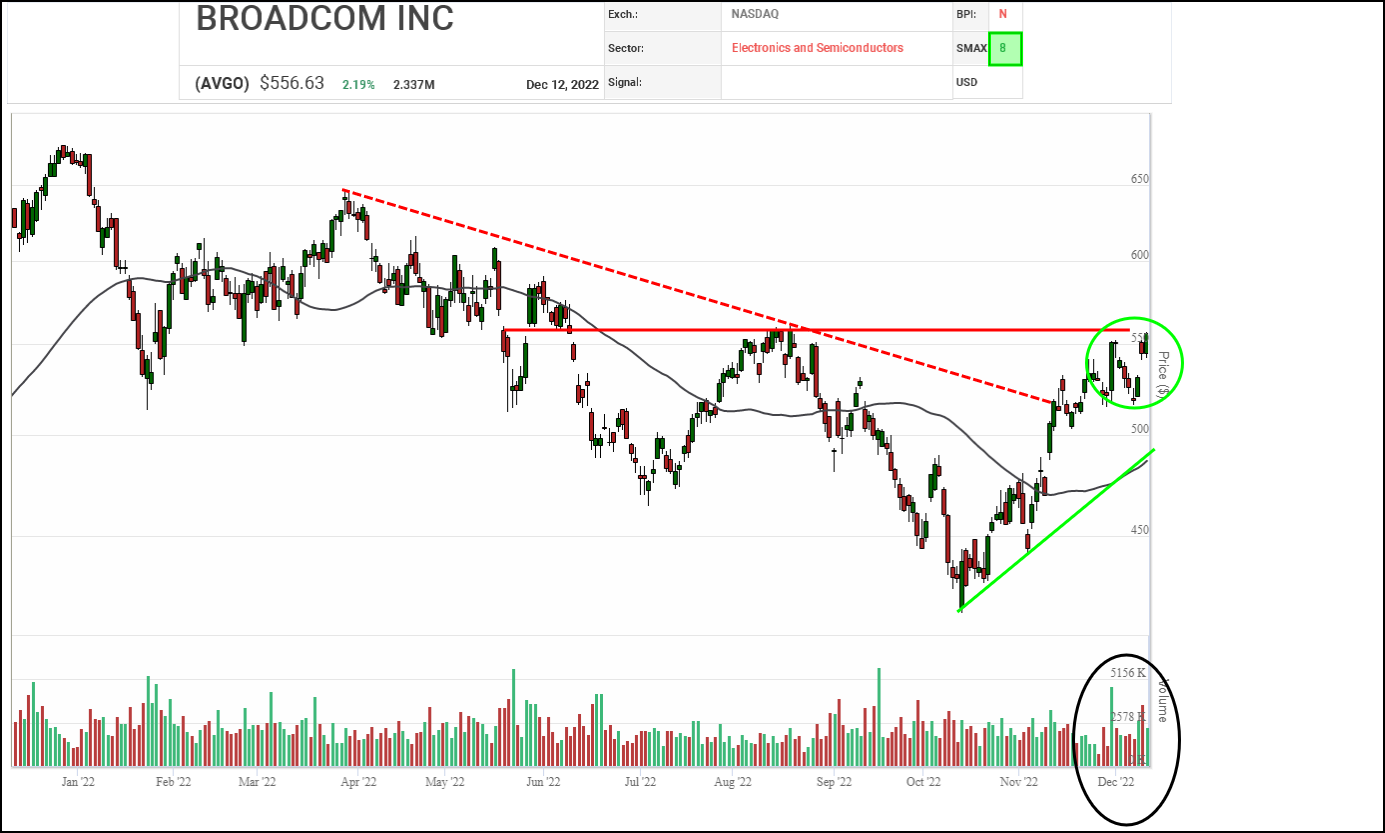 Broadcom (AVGO) continue to bounce back from a selloff that started in January and ended in October in a Bear Trap (circled). For the last two months, AVGO has been under renewed accumulation, steadily climbing a bullish High Pole without even a 3-box correction along the way. Adding to recent bullish Double Top and Spread Double Top breakouts, the shares broke a downtrend line earlier this month and have continued to rise. Next potential resistance appears near $599.80 where previous column highs converge with the $600.00 round number, followed by $662.20 where the January peak and a horizontal count align. Initial support appears near $511.90 based on a 3-box reversal.

With a bullish SMAX score of 8, AVGO is exhibiting strength across the asset classes. 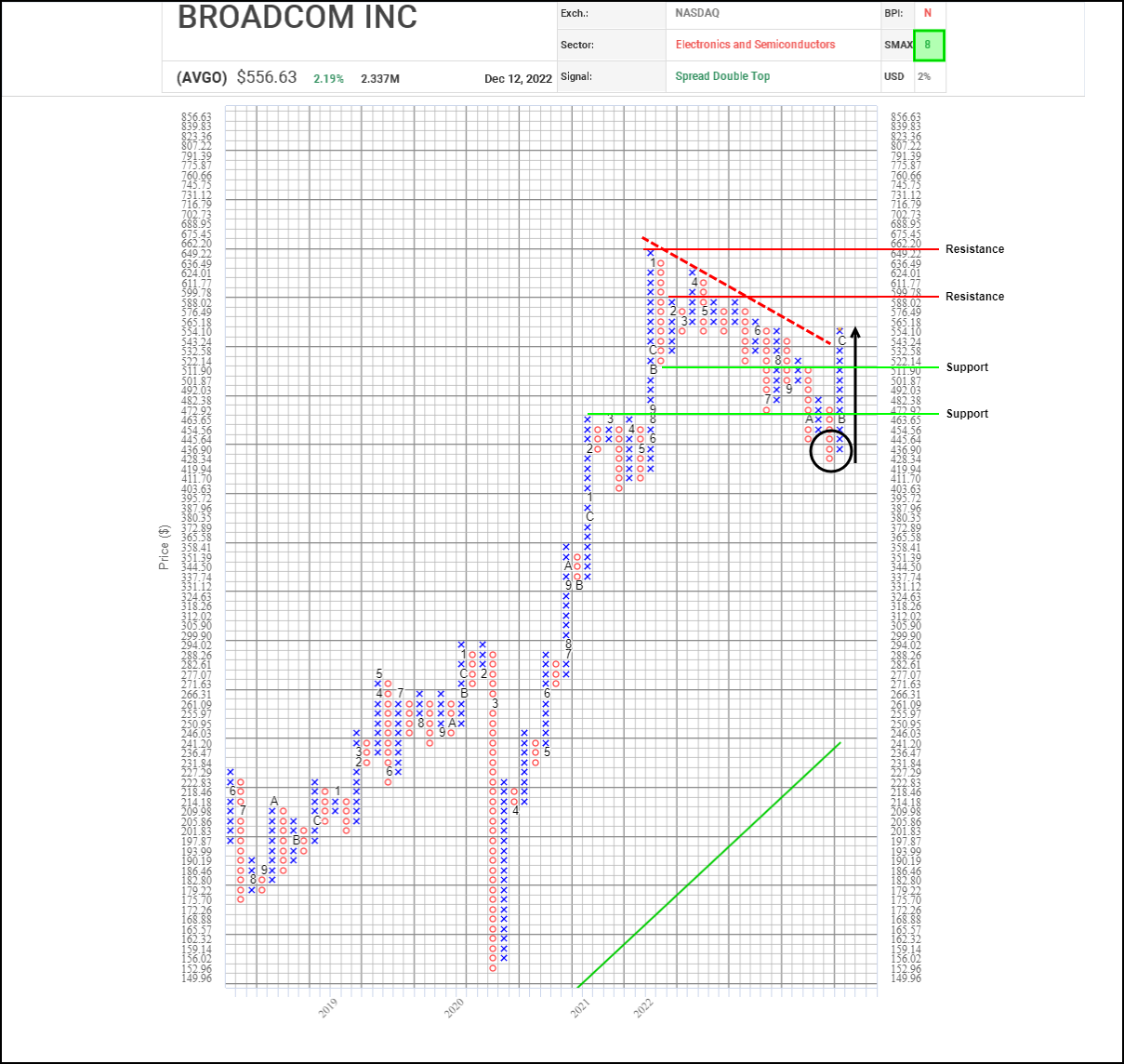